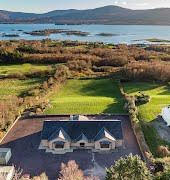 With the news from the Irish Government advising Irish abroad not to travel home for Christmas as usual this year, Jennifer McShane spoke to three that will be having a very different festive season

“It’s a tough pill to swallow”

Public Relations Manager Stephanie O’Quigley has lived in NYC for the past number of years, and having recently been granted a new visa will be staying for the foreseeable. Under Trump’s administration, even with this visa, she is still unable to fly home, for fear of not being let back into the country due to the travel ban in the US. As her life is in the States, she is staying put but says it won’t make the festive season any easier, even in such a vibrant, exciting city.

“I’ve come to the conclusion that I won’t be home for Christmas, and which is a tough pill to swallow. And I think it’s something I’m putting into the back of my head until the week of Christmas. And unfortunately, I  just hope Christmas disappears, in some ways, but obviously, that’s not a realistic perspective. And then when I think about it, I put myself in other people’s shoes and I’ve so much going for me, I’m healthy over here, my parents are healthy at home, none of us has COVID or had COVID and, and I just feel so grateful for that. I have a job, and everything that I’ve wanted to happen this year has actually fallen into place somehow.

“Of course, I won’t get to see my family for Christmas. And I really don’t know when I’m going to get to see them because if the visa ban continues months into next year, for whatever reason, it just means that I’ll be stuck in the country until that ban is lifted.

So it’s a very hard time and nobody knows what’s going to happen and but I just kind of come back to the focus of and we’re all healthy, we’re all safe.

“And I have to just keep my head down and keep working away. If the travel ban gets lifted on December 31st, if people are able to fly into the United States, my parents can come if it’s safe for them and I obviously feel grateful for that too. And I know a lot of people’s parents aren’t in the position to fly, which my parents are, so I feel comfort in knowing that as well. But it’s definitely tough and ask me the week of Christmas I’ll probably say it’s probably one of the hardest things I’ve ever had to do just because it’s all so unknown.”

“Psychologically this has taken its toll on me”

Ian Keegan lives in the arctic circle in Northern Norway with his wife and two young children. He will be staying this Christmas and explained more about his time abroad.

“I (or should I say we) have been pretty affected by COVID, I work in the hotel and restaurant industry and they’ve been hit super hard here. I’ve been laid off (until further notice) but my job covered the first 14 days of unemployment and everything after that the government pays. I’m not quite sure how they calculate the payouts but we just about survive as long as I spend NOTHING extra every month. Luckily, my wife has a really good job right now but there’s talk of cuts down the line there too.

“As of this year, I’ve been in Norway for five years. Now we live just above the arctic circle in a little town called Fauske. Since moving here, I’ve been home to Ireland a number of times but every time the season changes to autumn/winter, I find it gets harder psychologically as we don’t receive any daylight in these times.

“Luckily we use WhatsApp to communicate with family and the kids know they have grandparents back home so they regularly video them too.

Psychologically this has taken its toll on me. If it wasn’t for the kids and my bi-weekly visits to a psychiatrist, I don’t know what I would have done.

“I have lost my identity/motivation and goals in my life and I’m having a lot of trouble getting back into the workforce given that this is a town with a population of not much over 10,000 people but yet the job opportunities are few and far between.”

Dr Gemma Moore currently lives in Connecticut and is still unsure whether she’ll make it home for Christmas due to the travel restrictions in the US.

“I still have a small amount of hope I might get home for Christmas but it’s unlikely. I would have to renew my visa at the US embassy if I come home and also America has a ban on European travellers entering the country under Trump. If I want to get back into American I’d need a National Interest Exception. There’s a possibility I could get one as I’m a researcher in a lab in the US at the moment.

I would be very upset [if I didn’t get home].

“I’m close to my family and miss them a lot. Last Christmas, my Mam had a big surgery mid-December so we didn’t have our usual Christmas. We are all very grateful she made it through okay but we had pinned a lot of hopes on this Christmas! I’ve been in the US since 2017. It’s good, I like my work. I miss connection though, I never realised how often I hug people when I lived in Ireland until I moved here! Hopefully, things will be better and more positive under Joe Biden.”

The importance and benefits of spending time alone

Ask the Doctor: ‘I have just been diagnosed with breast cancer — what can I expect next?’