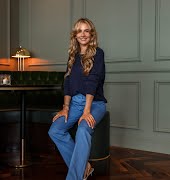 People travelling home for Christmas might not need to quarantine for 14 days under the new EU traffic-light travel system.

There has been some confusion over the much-discussed traffic-light system for travelling into and within the EU (and the UK) that officially began last Sunday, November 8. Last night, government fine-tuned plans and further explained how it’s going to work here at home, what it means for Irish people going abroad and, more importantly as we move closer to Christmas, Irish people returning home.

Currently, your ability to catch a flight is not limited, although NPHET discourages all non-essential travel. What you do need to do is restrict your movements for 14 days upon arrival, which can significantly eat into your time there, and you’ll likely have to do it again when you get home. This is what the new traffic-light system is tackling.

Countries or regions marked as green are free to travel within other countries without restricting their movements. Countries and regions marked orange do not have to restrict their movements if they can show proof of a negative PCR COVID-19 test taken at most three days before travel. People travelling from red regions are required to isolate for 14 days. Countries with insufficient data or outside of the EU are marked as grey and considered a status red. 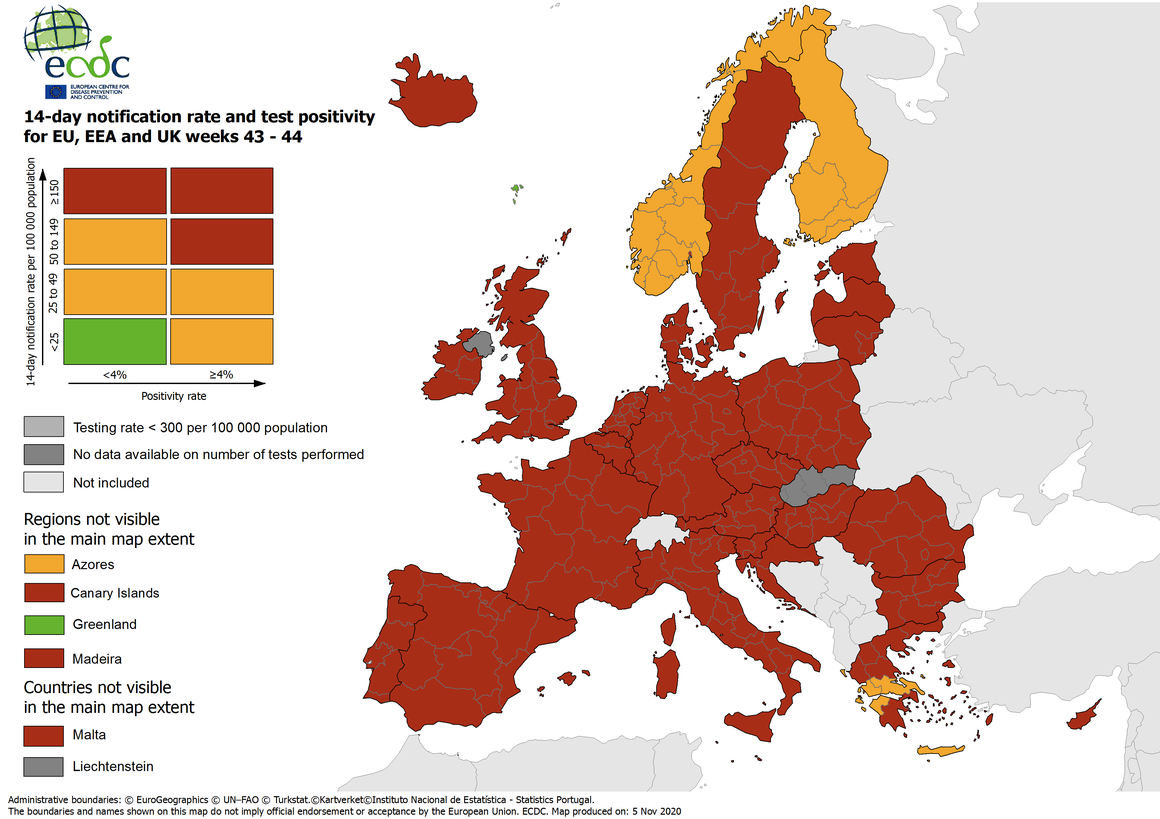 Map via the European Centre for Disease Prevention and Control

That all sounds great but as of November 5, there is only one country marked as green (which is Greenland, funnily enough), and only Finland, Norway and some of the Greek islands are marked orange. Everywhere else is red, including Ireland, although we’re right on the border of orange with an incident rate of 152 per 100,000 and a positivity rate of 3.7%.

However, things are looking a bit more straight forward following the government’s announcement of a new system for “red” regions. From November 29, people arriving in Ireland from red regions will be allowed to move freely once they receive a negative PCR COVID-19 test taken five days after arrival. This also applies to people travelling from orange regions who have not already had a recent test. This will cut isolation times by about half, with the five-day pre-testing isolation is an incubation period in case you caught it while travelling.

Dublin airport has also been granted permission to get up a COVID-19 testing site on the grounds, allowing for travellers visiting orange regions to be tested pre-flight as required.

It’s important to note while this new system of testing will certainly make travelling easier, it will also make it more expensive. The PCR test, considered the most accurate COVID-19 test, is not a rapid-result test and takes time and money.

While the HSE are co-ordinated free testing, that is only for people who might have the virus. Airport testing and five-day isolation testing will go through private companies. According to the Irish Times, a PCR test can cost the guts of €200 and if you need results fast, say within three days of your flight to an orange region, it could cost more.

So while travel is now becoming more plausible, it doesn’t mean you should be packing your bags. Government advice is still to only travel when strictly necessary and if you do decide to book a flight, it will cost you.

It’s also worth pointing out that within many of the countries and regions marked as red the 14-day incident rate can vary wildly. Ireland might be on the cusp of going orange with 152 per 100,000, in the UK it’s 478, Spain is 602 and France is 958. While everywhere might be painted with the same red brush at the minute, that does not mean all countries carry the same likelihood of infection.