Meghan Markle stepped out in Toronto wearing a parka she adorned many times pre-Harry. This is why it’s important

The clothes we wear are often a direct reflection of the intricacies of our lives.

It’s not as simple as putting on a t-shirt. Nor is our choice of jeans dependent on what pair are easiest to reach. There are reasons behind it. Feelings such as fear, hatred, joy, and love play as much of a part in the process as personal taste does.

Meghan Markle stepped out in Toronto during the week wearing a green parka that she had worn numerous times before she became the Duchess of Sussex — back when she could roll up her yoga mat and stroll to a local studio.

While she may have worn that coat in private during her freshman royal years, her public persona was a different sartorial story.

Anyone who knows what it’s like to wear a uniform – literally and figuratively – will know how it feels to then dress for you. It’s a special type of freedom, like shackles being freed from your limbs.

For Meghan, walking out in public following the #Megxit debacle was going to be a declaration. Whatever she wore was bound to be scrutinised but the parka was a visceral statement to the world.

It was her articulating that she was taking back a part of herself that she had to give up.

The Meghan she was before Harry.

The Meghan before the Daily Mail.

And the Meghan before her clothes were used as a projection of the royal establishment she married into. 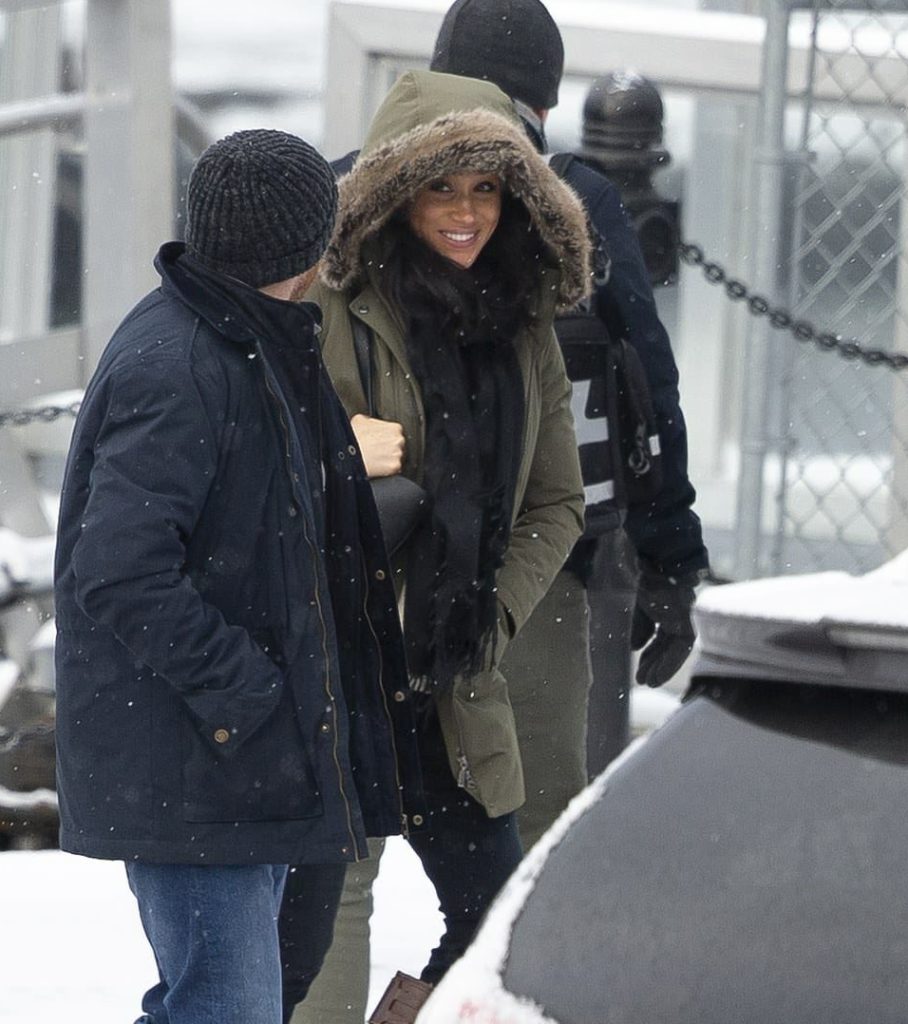 Meghan pictured in Toronto during the week

In some way, we can all relate to Meghan. During our schooldays, the dreaded uniform felt like a trap. Many of us (myself included) shortened skirts to prove a point or wore makeup or dyed hair just to tell the institution that they couldn’t take away our individuality.

The corporate world functions in a similar way. Straight suits mean straight talking. The clothes speak business and nothing else.

We use our clothes to articulate a part of ourselves. The facet we want the world to see and the character we want to portray.

Outside of the work environment, we are often different people. Some of us wear flamboyant prints and textures because our clothes are a form of self-expression. Others spend weekends and evenings in athleisure wear, either because we are fitness fanatics or we yearn for comfort and release. While many of us wear a simple t-shirt and jeans because we want life to be just that, simple.

When a significant shift in life occurs, our clothes are an extension of the change. Weight loss or gain instigates a revision in how we look at our bodies and how we dress them. Illness and treatment influence the textures we choose. While grief, love, and sexuality become physical things we can touch.

Meghan’s life has now once again changed and it would be foolish to look at the parka as anything other than a statement.

It may not have been for the world but it certainly was for her.

She was claiming back a little bit of the life she chose to leave behind. She was shedding the oppressive uniform.

She showed that clothes can be the most perfect form of emancipation.

And that for some of us, freedom might just be a coat or a dress.

It’s small but it’s ours alone and that’s enough.

Read more: Megxit: the blaming of Meghan Markle for the Royal Retirement is misogyny at work

Read more: Breaking: Harry and Meghan to step back as senior royals