Tried And Tested – Those Period-Proof Knickers In Your Instafeed

New Thinx technology means no more pads and tampons. This is a Period Revolution for real.

My kids say I’m crazy susceptible to advertising. I can’t help myself. Apparently I even have a tell when I’m watching TV- I cock my head at a certain angle and make a weird face at the mere mention of anything new, even the renaming of a cleaning product. Remember when Cif was Jif? Good times.

Nice people and marketers on best behaviour would call me an early adapter, my family calls me a sucker. In any case, I’m Zuckerberg’s dream.

In fairness, the sponsored stuff I get is terrifyingly well targeted for the most part with the result that I’ve bought the Mahabi slippers (not so great), badly want that yoga stool thing that helps you stand on your head and now am the proud owner of a bale of THINX, the revolutionary new knickers that claim to replace all other period kit.

I was too chicken to be the first person I know to try them. I simply couldn’t believe that textile technology existed that could completely negate the need for tampons and pads. Just to be clear, you don’t wear them as an extra layer, you wear them as the ONLY layer. Inside every pair there are invisible layers of wicking fabric that draw moisture away from the body, keeping you feeling much fresher than you feel with a pad.

Happily, I have three daughters to foist things on so our house is a perfect consumer Petri dish. The 24 year old was first to volunteer. A few hours in, she declared two styles remarkably secure, hygienic, surprisingly well-fitting and even fairly attractive. By day’s end she was thoroughly converted. She’d worn one pair (black thong) during a work out, and another (black cheeky) got her through a whole day at work without any leakage or scary moments. She couldn’t get them in the washing machine fast enough so she could give them another go, they were that good. 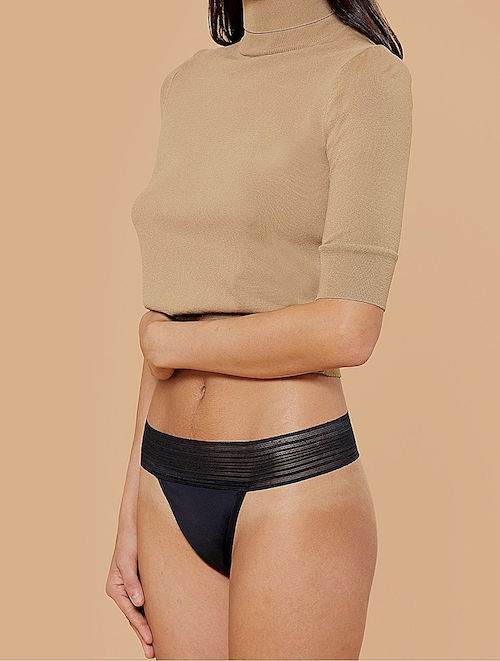 She’s already placed a second order so that she’ll have four pairs in total to rotate over a 5 day cycle. Since our first order, new styles in cotton have dropped on shethinx.com so she’s trying those next. Her two sisters have also jumped on board. These are girls who were way too squeamish to try a moon cup, by the way.

I’m at the other end of the demographic chart, at the stage where you never know when or if you’re getting your period, so there’s an argument to be made for wearing Thinx all the time. Instead, I invested in two pairs (black sport) for emergency deployments. And I concur with the girls. They’re incredibly comfortable and not at all bulky or granny or gross in any way.

Even the maths work (unless you’re a shareholder in Tampax). Each pair is approximately 25 quid a pop including delivery (depending on currency fluctuations) but there are often additional offers for bulk buying (10% off if you order 3). In any case, a pair at full price pays for itself in about three months.

It’s hard to fathom that if pubescent girls start using these, they need never know anything else. Lucky things, they’ll look at wings and applicators with the same horror we reserve for those giant nappy contraptions with belts (belts!!!) that were the only option back before feminism first began to get a little traction in the marketplace. 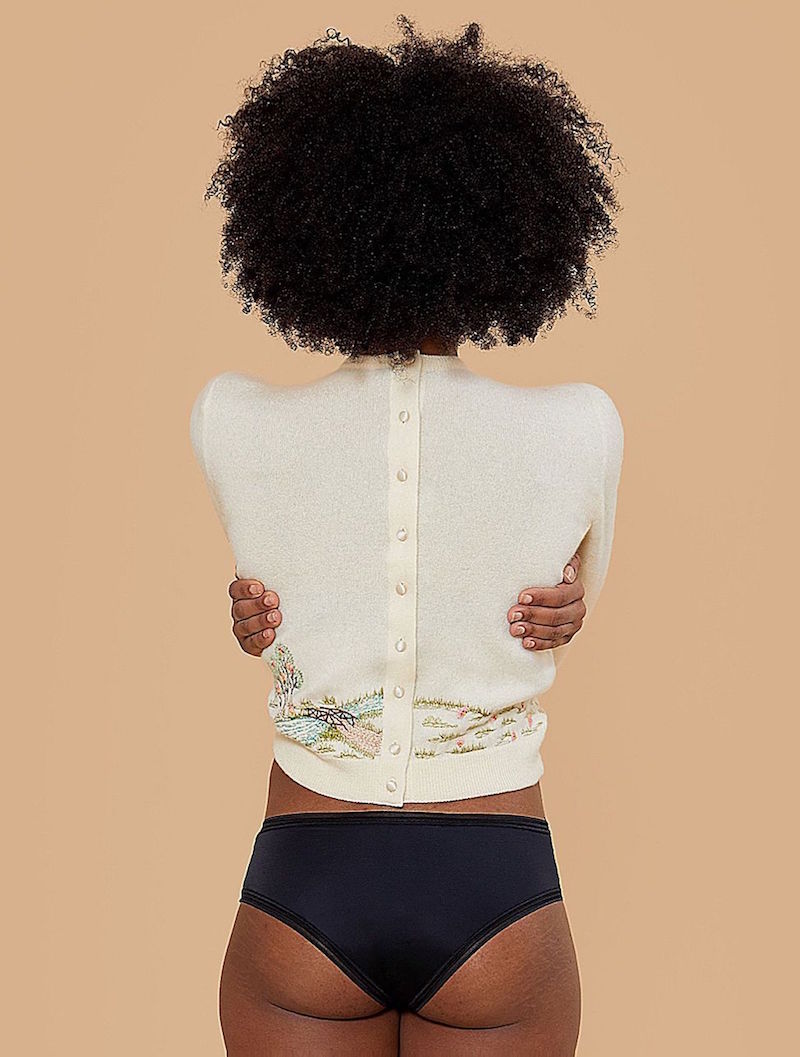 Coops the Label: The beautiful new intimates line to rival that of Kim K