As the season kicks into gear, Niamh O’Donoghue reflects on the new model poised for stardom.

Last night at the Ashely Williams runway show I had a “who’s that girl?” moment when a towering, shaved-headed goddess strutted past me poised and confident. If there’s one thing fashion week is good for (besides the clothes), it’s the opportunity to see who the designers have deigned to be the next model-of-the-moment.

I felt like I knew her. It was a dejavu moment. Isn’t that how it begins for soon-to-be iconic models? There is a delicate combination of familiarity and a “too-cool-for-school” inaccessibility about them. I was hooked on her like bees to honey. Could she be the new Kate or Karli?

Having followed (stalked) rising model Jazzelle Zanaughtti for the last few months on Instagram, I was thrilled to see her walking at last nights Ashley Williams show in London (along with pal and seasoned walker Adwoah Aboah). 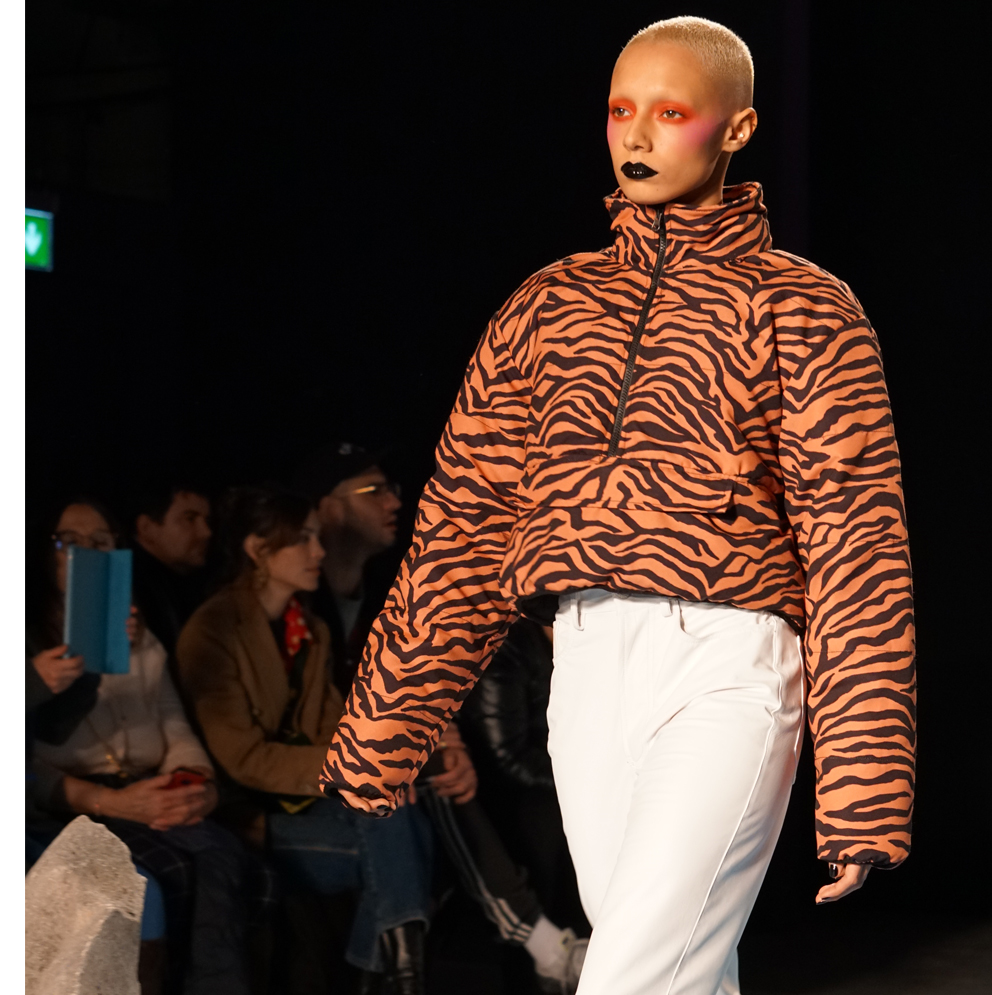 With her shaved head, barely-there brows, free-spirit (judging by her Instagram feed) and curvaceous figure – hidden by the cropped tiger puffa-jacket above –  Chicago model Jazzelle is an exotic addition to the modelling scene. Represented by Storm, she has already walked for Fenty and Baja East and has featured in campaigns for Marc Jacobs, Love Magazine and King Kong Magazine. Jazzelle is a potent example of the industry’s desire for a better representation of diversity, gender non-conformity and body expression.

Interestingly, she wasn’t scouted by an agent, as is the norm, but instead was approached by Nick Knight through Instagram DMs. “Nick Knight, one of my biggest idols, had started liking my photos on Instagram. He told me he wanted to work with me one day”, she told I-D magazine last year.

While a lot of labels continue to use trusted agencies to cast, more designers and houses are now choosing alternative methods to find and introduce new faces. For instance, Ashley Williams is regularly known to cast her shows using real men and women found on the streets of London and New York. Who knows, maybe I could be next?