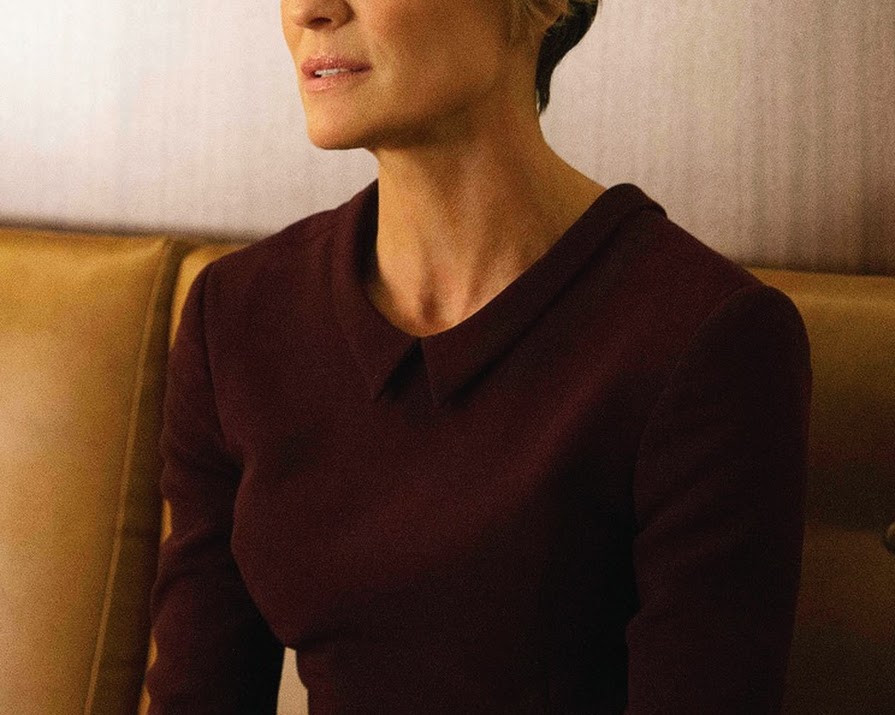 For anyone who is on the hunt for a new series to binge-watch, look no further than House of ?Cards. Seriously, it’s so dark and twisted yet insanely moreish, Francis Underwood is the ultimate anti-hero that we can’t stop watching and as the new season airs on Netflix?on May 31, we know we’re going to be glued to the screen. But for many, the true star is Robin Wright’s Claire Underwood.

She is the modern-day Lady Macbeth in her ruthless devotion to the pursuit of power, yet she has what many have felt Lady Macbeth lacked – femininity. Her killer outfits perfectly silhouette Wright’s enviable figure (she is single-handedly redefining what it means to be sultry onscreen) and while they’re often demure, the colour choices and?cut give the audience a flicker of Claire’s sensuality. 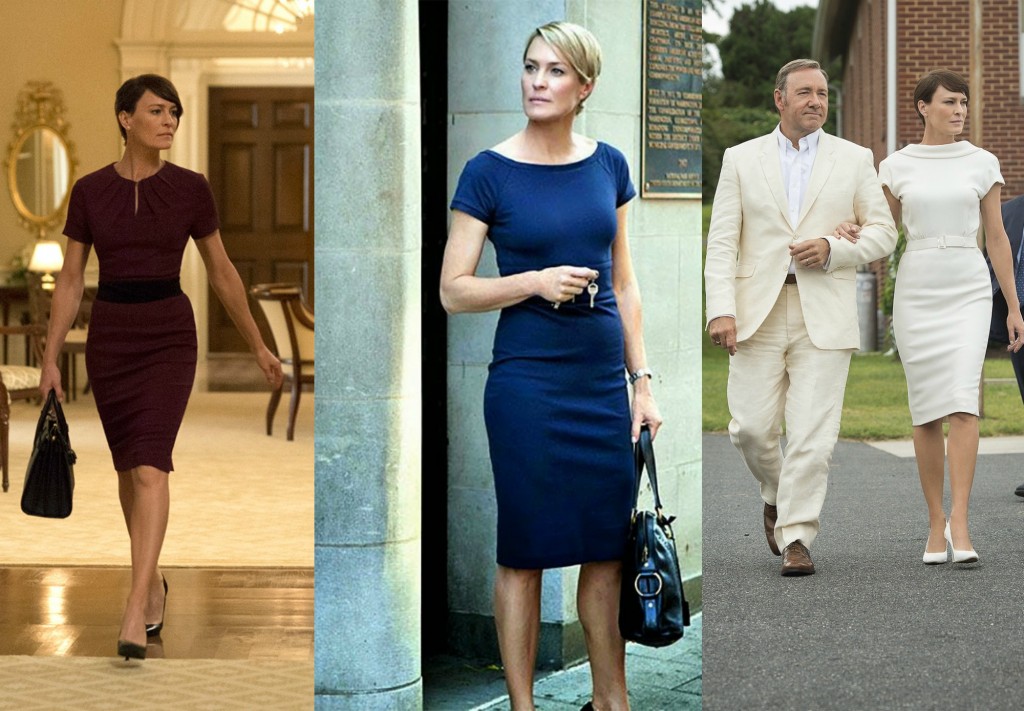 Much of this is down to the show’s costume designer and Wright’s personal stylist, Kemal Harris. Harris got the job on set in the third season when the Underwood’s took the White House and Claire became the hottest First Lady of all time, real or fictional.

As Wright turns 50 this week…. we’re just going to give you a minute to pick your jaw up off the floor….. Kemal’spoke with?Vanity Fair?about her’design process for the character and her favoured designers. “When I receive the scripts, I sit and make notes as I’m reading?a freestyle form of thoughts and emotions pop into my head as I read it. By tapping into my gut instincts first, I can get a good sense of how colour and silhouette should be reflected in the scenes”. That explains why Claire’s outfit are always so perfectly pitched, not necessarily with the scene itself, but with the emotional undercurrent of which, any fan of the show will know, are deep and numerous. 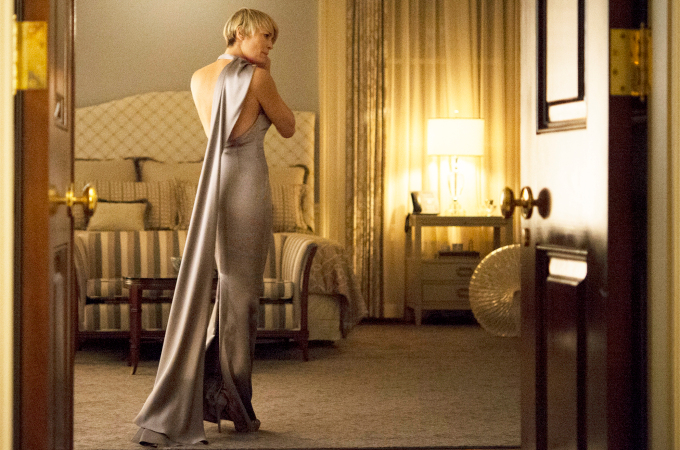 Once she has made a sketch, she visits showrooms to select her top choices for each scene but she doesn’t always find what she’s looking for. “I design about a third of all of Claire’s clothes myself, and the rest I pull from designers? runway collections such as Michael Kors, Altuzarra, Ralph Lauren”, Kamel told Vanity Fair. Her own creations?include the stunning silk lilac gown Claire wore for the official Presidential portrait, which perfectly defines how she hopes to portray?her, ?It’s serious in the front and feminine in the back?. 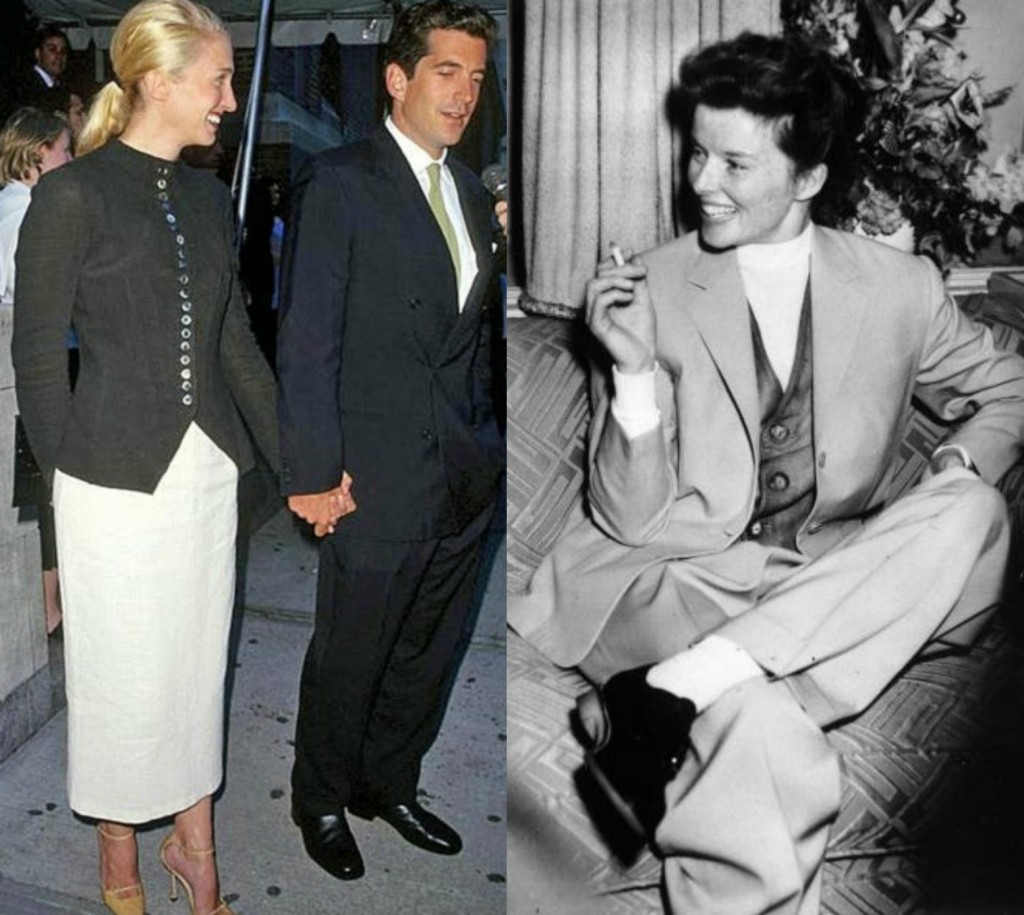 Kemal’s tells WWD that her?central inspiration for the character’s closet as a whole is the likes of Kathryn Hepburn and Caroline Bessette Kennedy. Once her outfit choices arrive in her studio, she tailors them to a mannequin she made with Claire’s exact measurements and has Wright in for a fitting about ten days before the shoot date.

So there you have it, now go binge watch the rest of the four seasons ahead of the new one on Wednesday, if you haven’t already.

Fashion has to get comfortable: 4 comfy-chic outfit ideas for a post-lockdown world

Are you really going to be squeezing into high-waisted jeans...

The Irish fashion set on their dream buys for winter

The insider intel on what Ireland’s most stylish women want...