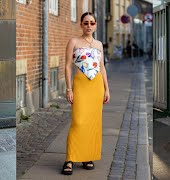 Mary-Kate and Ashley Olsen have found themselves at the centre of a fiery fashion scandal, after it was reported that their company, Dualstar Entertainment Groyp, LLC which includes acclaimed label The Row, was being sued by a group of former interns. A madcap plot of one of their tweenage movies this is not.

Dualstar Entertainment Group, LLC is facing a class-action lawsuit that comprises of 40 past and present interns. The claimants allege that the company did not pay interns and that said interns worked 50-hour weeks, Page Six reports. The interns are saying that because they did the work of paid staff, they deserved minimum wage at least.

The lead plaintiff in the case is a graduate of the prestigious Parsons school, one Shahista Lalani who interned for five months in 2012 at The Row. Lalani alleges that the head technical designer she worked under was ‘very demanding? and subjected her to ?the work of three interns.? This work including data inputting, running personal errands for paid staff, sewing and organising materials. Her boss would allegedly contact her incessantly: ?Emails at nighttime for the next day, like 10 p.m. at night.? In perhaps the most shocking part of the suit, Lalani claims these circumstances led to her being hospitalised for dehydration: ?It was like 100 degrees outside. I’d just be sweating to death. I probably carried like 50 pounds worth of trench coats.? Crying in the office was a common thing to observe among interns according to the suit.

However, in some slightly nice news amid this pretty shocking tale, the Olsen twins manage to come out of this mess looking somewhat okay. Lalani says she never worked directly for the entrepreneurial twins and that they’re ?They’re really nice people. They were never mean to anyone. They’re business people.?

Meanwhile, Dualstar have denied all the claims, except the one about the Olsen twins being sound. In a statement to USA Today, the company said: “As an initial matter, Dualstar is an organization that is committed to treating all individuals fairly and in accordance with all applicable laws. The allegations in the complaint filed against Dualstar are groundless, and Dualstar will vigorously defend itself against plaintiff’s claims in court, not before the media. Dualstar is confident that once the true facts of this case are revealed, the lawsuit will be dismissed in its entirety.”