Listen, we’re going to be upfront. No one actually cares who wins what at the Oscars. Unless you have a table quiz the week after, the trivia is just taking up real estate in your brain. All eyes will not be on the prize, but on what 2016’s nominees will be wearing.

With the men, expect a parade of Armani, Armani, and Armani. Every man copies George Clooney, basically. Which is mostly a good thing, but every once in a while we’d love to see the guys shake it up in Dries Van Noten or McQueen.

When it comes to the women, it’s an easier prediction, what with all those brand ambassador deals. Will Jennifer Lawrence stick to her reliable Dior or break the mould? 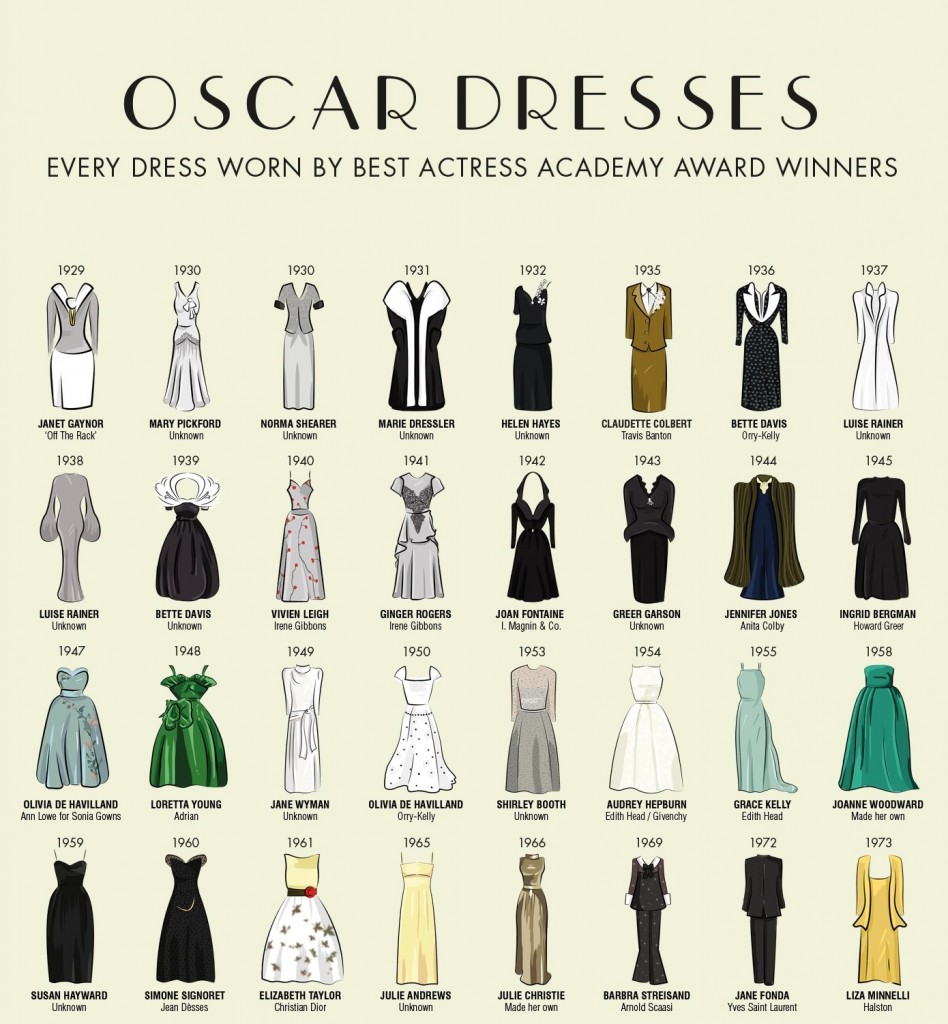 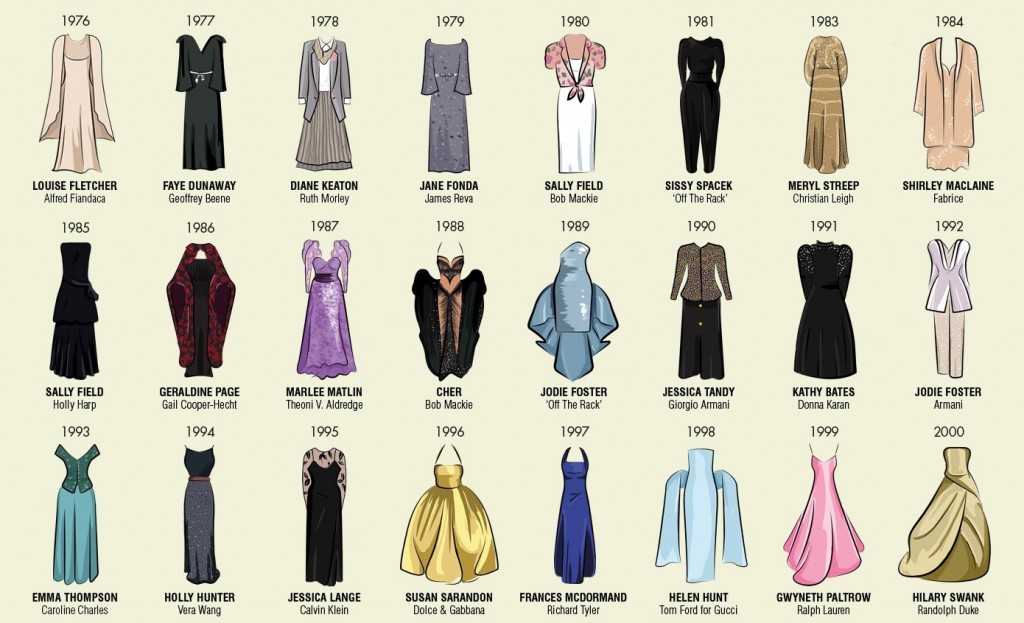 Alicia Vikander, has been hit-and-miss throughout award season, but she redeemed herself with her embellished leather Louis Vuitton dress at the BAFTAs. Rooney Mara has been the epitome of ethereal, understated glamour with a standout being her ruffled Alexander McQueen choice at the Golden Globes. We hope to see her opt for a more daring colour palette at the Academy Awards tonight, though. Saoirse Ronan has also been stellar in terms of fashion on the red carpet; from her pretty pink Michael Kors at the SAG Awards to her floral custom-made Burberry at the BAFTAS,’she’ll be one to watch later on.

Whoever wins, can look forward to a place in the history books, the pick of the best scripts, and an appearance on this Best Actress Oscar Dresses infographic. Compiled by BigGroup.co.uk, this chart details the gowns worn by every Best Actress winner at the Academy Awards from 1929-2014. It’s pretty nifty and there is an interactive version here. The changes in formal wear fashion can be clearly seen, especially when it comes to the 1970s and 1980s. Diane Keaton’s very casual ensemble for when she won for Annie Hall is there, as is that Bob Mackie Cher wore. 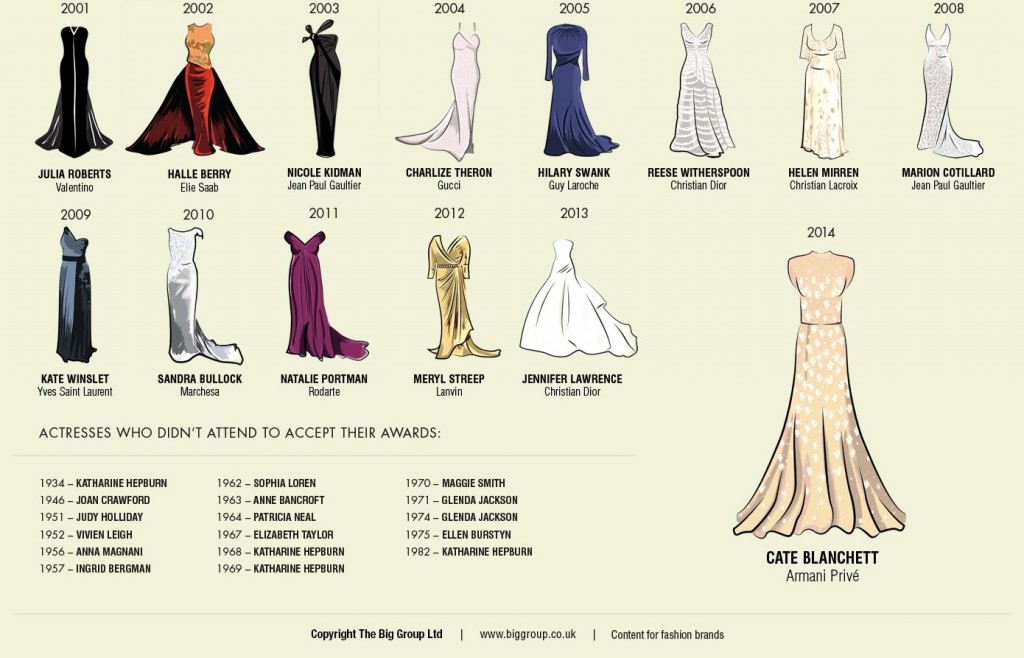 Which was your favourite Oscar gown of all time?