Going back to work after maternity leave is difficult now matter what the circumstances. Chances are you’re more sleep deprived and emotionally fragile than ever before in your life. Heading into a new boss, a new reign, makes it that bit more daunting.

Regime change came to Vogue just weeks before Sarah Harris, Deputy Editor, and Fashion Features Editor of British Vogue, had her baby Dree in September of 2017. Alexandra Shulman, editor for twenty-five years, left and was replaced by stylist Edward Enninful.

“I went on my maternity leave two or three weeks after he started,” she tells me now. “I didn’t know him that well before- a bit from seeing him at shows – but we didn’t really have a relationship.  But I liked him straight away.” 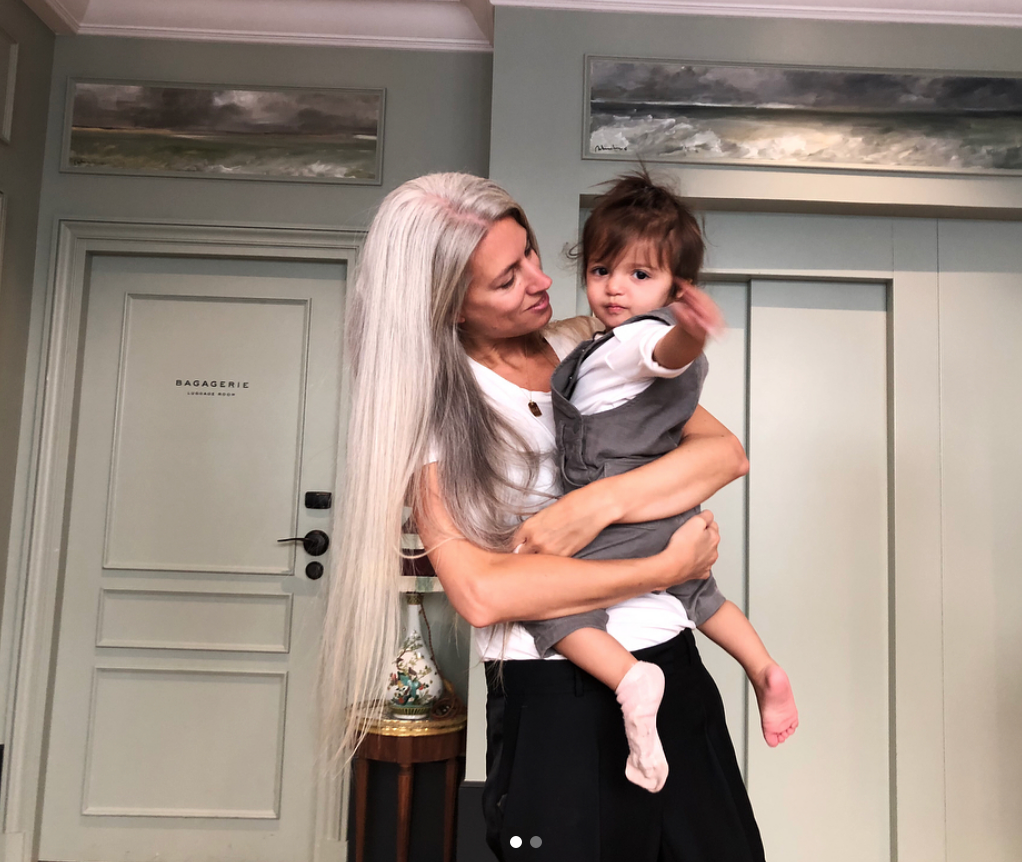 The two kept in contact while Harris was on leave. “We spoke a lot on the phone. Sometimes he’d send me something to look at, and get my opinion on.  I was really happy to keep one foot in. I always thought ‘oh my God, am I going to go insane, not working? Because I’ve always worked. I’ve never taken a gap year. It was a really good balance. It was never ‘why are you bothering me, I’m on maternity leave?’”.

Having put so much of herself into work “for so long, and you know I was thirty-eight when I had Dree, which is relatively late,” there was no way Sarah was going to give up her career.

When Dree arrived, she and her husband, Alfie Hollingsworth, hired a maternity nurse, who stayed with them twenty-four seven for the first two weeks, then nights Monday to Friday for three months. Now she has a nanny.

As her self-imposed five-month maternity deadline approached, Sarah realised she wasn’t yet ready to leave her tiny daughter. “I had thought’ I’ll come back in February when the new season starts, with all the shows’.  And then of course you have a baby, and you’ve got this darling tiny thing to look after and care for. And I suddenly thought ‘God there’s no way I can go back; she’s still so tiny’.”

She emailed Enninful asking if they could meet to discuss her return date, and he replied suggesting the next morning. “Had I had time to stew over it then maybe I would have been nervous. But it probably worked in my favour that I was just going in there. I just laid it all on the line.” 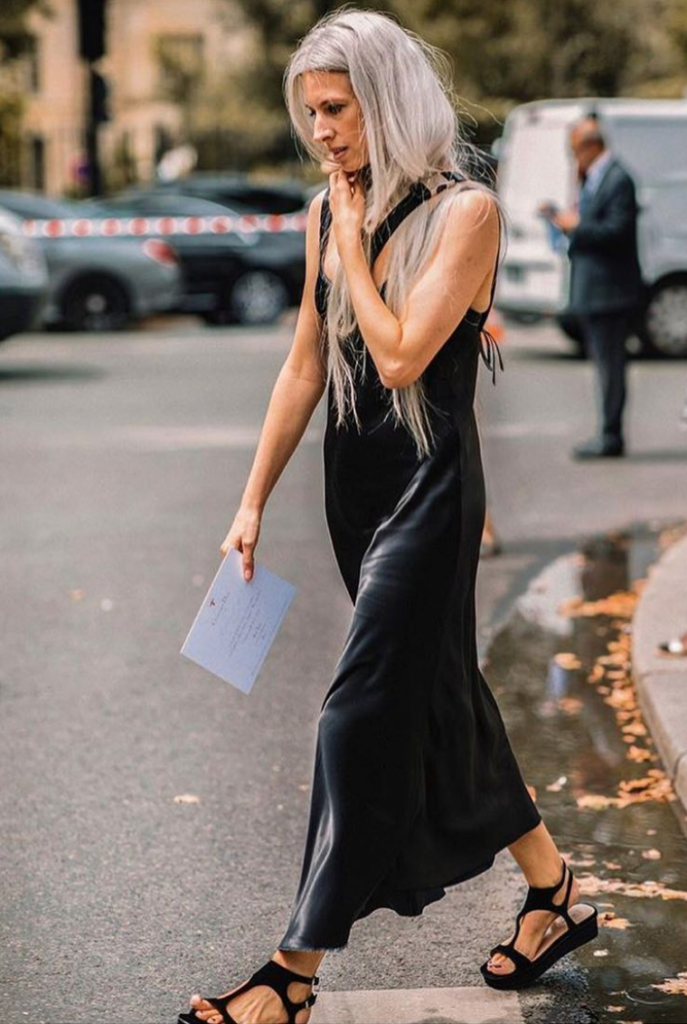 Sarah’s former boss, Schulman, famously wrote a rather controversial piece for the Daily Mail in which she questioned the notion of women coming back from maternity leave and looking to do the same job but with flexi-time, or a four day week. So nerves on her part were understandable, but unnecessary, as it turned out.

“I said ‘she’s just too small right now, and I don’t feel ready to come back. I’m 100% committed, but I want to come back mid April. And I’d really like to work one day from home’. I got it all out there,” she smiles. “And he said ‘that’s fine, whatever works for you. And will you come back as my deputy editor?’” She smiles.

“It was amazing. He made it so easy. I think people would probably assume that a man in that role wouldn’t be understanding. Or it would be harder to get that approved because it’s not a woman. But I think it’s the opposite.”

Post Shulman, there was what has been referred to as a ‘posh girl exodus’ from Vogue; large numbers of the staff leaving or being or being let go, rumour has it. Harris not only kept her job, but was promoted, and speaks in glowing terms of her new boss.  “He’s really great; he’s such a brilliant boss, and he’s so wonderful to work with, work for.”

Since having Dree, she ensures she is out the door by 5.30, even if there is a work event later that night.  “I go home to Notting Hill and then am pretty much unavailable for those hours. I bath her, feed her, put her to bed every night. And then if I have to go out again then I get ready and leave the house.”

When she travels in Europe for the shows, Dree comes with her when possible, with Harris’ husband coming along.

“she’s mad, this is never going to work. No one is going to buy clothes online”

Harris knew she wanted to work in fashion magazines since the age of eleven. Clothes were always of interest. Her first fashion memory is of buying a winter coat aged four. “It was a navy blue wool coat with a velvet collar and velvet buttons, and I loved it. I wore it around the house.” As a child, she would make her own magazines, stapling together pages, drawing, cutting and pasting, writing stories about holidays, trips to the beach.

Studying at the London College of Fashion led to work experience at Tatler Magazine; Natalie Massenet was fashion editor at the time. “She was leaving to go set up Net-a-Porter. Everyone was like ‘she’s mad, this is never going to work. No one is going to buy clothes online’.”

Having worked at Tatler and Women’s Wear Daily after college, when a job came up as a fashion feature writer at Vogue, she went for it, but had to repeatedly cancel the interview with Shulman due to the exigencies of covering London Fashion Week. “By the time I turned up for the interview I thought’ I’m never going get this, I’ve cancelled on her three times, she must hate me by now’.”

Comfort is paramount to good style

In person Sarah is warm, relaxed, chatting easily about the logistics of work/baby/social life. Her sartorial aesthetic, a slightly gothic take on minimalist, with lots of tailoring, has made her beloved of street style watchers. She loves a uniform she says, agreeing that this approach to one’s look is not a matter of giving in, a charge often levelled at women who choose to dress in a signature look, but rather having a strong sense of what she likes, and sticking to it.

“For me comfort is paramount to good style. Don’t get me wrong; I love dressing up,” she explains. “But the concept of a day dress has never really resonated with me.” Even as a child, she laughingly explains, she would sulk if her mother forced her to wear a dress.

A known denim aficionado, her favourite brands are Paige Denim and Frame.

Her hair first started to go grey when she was sixteen. “I guess when I first saw it I was pretty mortified. But I never hated it enough to do anything about it.” 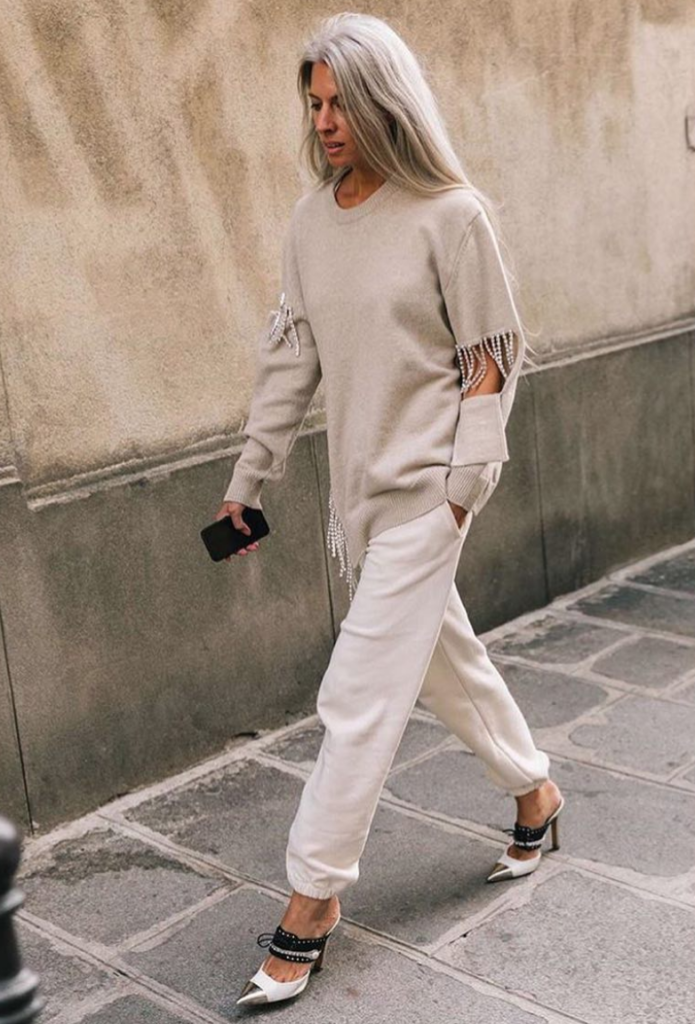 Favourite designer labels? “I love… I used to love Celine,” she says, correcting herself with a smile. What does she think of the dramatic new turn the label has taken?

“Listen, I like what Hedi Slimane does. And I think he did an amazing job at Saint Laurent. That aesthetic isn’t necessarily for me. I love elements of it me, but it’s not what I’m going to fill my personal wardrobe with. I love it for the magazine; I think he’s an incredible designer.”

For her own wardrobe, to replace Celine she will be looking to The Row, Loewe, and Balenciaga.

High street favourites are The Gap, & Other Stories, Uniqlo, mostly men’s departments, women’s’ can be a bit fussy for her tastes, she explains.

Learning to switch off

Now thirty-nine, she dismisses the idea that with age come restrictions as to what a woman can, or should, wear.

“I think it’s about confidence. If you’re sixty, and you want to wear a mini skirt and you feel good in that, then wear it. All these rules about how you shouldn’t have long hair when you get older; I know lots of women who are old and they have long hair and they look great.”

Women whose style she particularly admires include Phoebe Philo, Bali Barrett of Hermes, Chanel muse Amanda Harlech. From this season’s collections, Loewe and Valentino are favourites.

It’s World Mental Health Day when we meet. As a working mother with a high-pressure job, how does Harris stay on top of her own mental health?

“I think you’ve always got to keep a sense of perspective. We’re not saving lives; this job should be fun. And it should be exciting.” 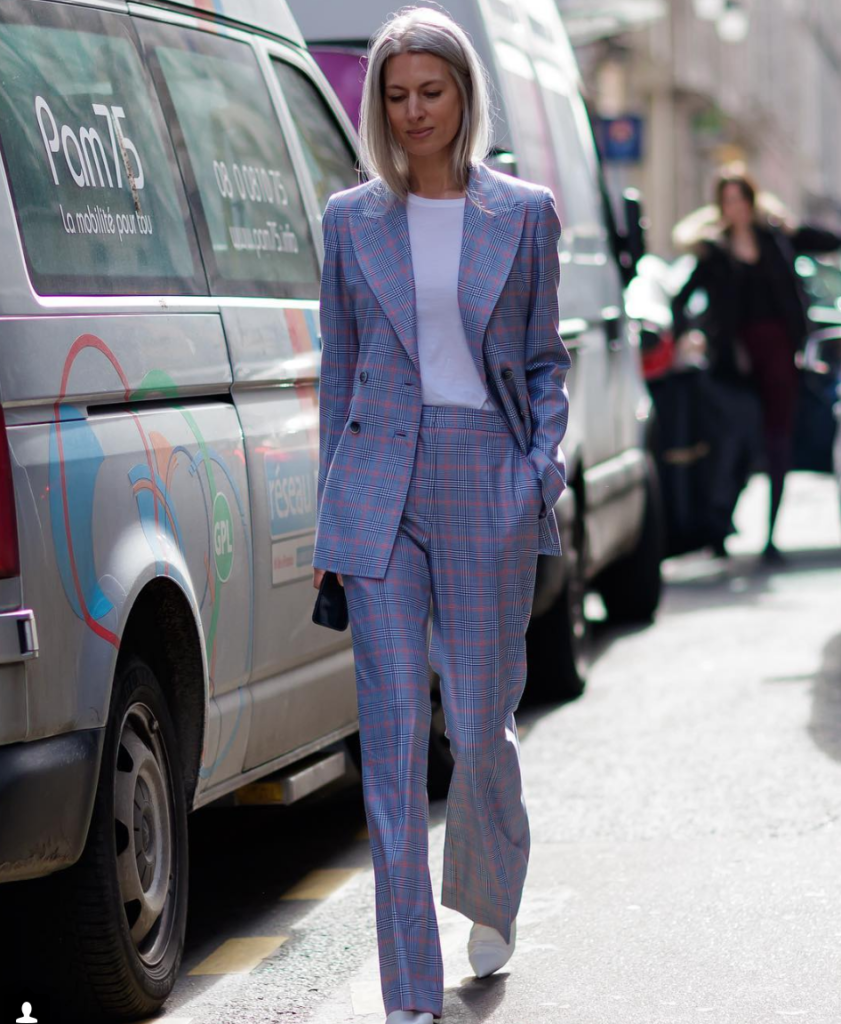 Learning to switch off is an ongoing project, she explains with a smile.

“Not checking your emails last thing before bed is hard, and I struggle with that. Probably the last thing I do before I go to sleep is look at my phone. I know people who put down their phone at eight and don’t look at it until eight am. I’d like to get to that place,” she laughs.

Mostly though, it’s time with her daughter that helps. “I think having a baby has taught me more of that sense of perspective. In this job you live it and breathe it. But for me, having Dree meant having a cut-off. I leave the office at five thirty and I’m with her for those two hours; not on my phone, not looking at my email, not doing anything work-related.”

“You find your sense of self again when you’re in those moments. And that’s as good a break as anything. Even though it is exhausting being with a baby, right? I used to go and have a facial, or treat myself to a massage, and I haven’t done that for a long time, because I haven’t had the time. But now I find just being with Dree really nourishing for the soul.”