A man’s fertility diary: ‘When will it be my turn to tell the lads some...

She’s been a style icon and beguiling feminist for almost 26 years now, but Angelica Pickles has never felt more relevant.

We may be in a golden age of television, but the ’90s were the golden age of cartoons. Many of us grew up watching favourites like Beavis & Butt-Head, Ren & Stimpy, CatDog and Rugrats.

For those unfamiliar with Rugrats – which will make a return to Nickelodeon this year – the series aired in August 1991 and follows a gang of babies on the crazy adventures they take while they’re supposed to be crawling around a playpen.

Of the characters, Angelica Pickles – the oldest of the group – was arguably the most prominent. This was in part due to her outspoken – outright brash – nature toward her younger friends, and in part because of her inadvertent dress sense. For someone as young as three or four, she had the demeanour of someone six times her senior. Her purple, orange and blue uniform would become synonymous with her character. When watching as a kid, you knew instantly when you spotted a hint of her cuffed-sleeve orange top that trouble was imminent. 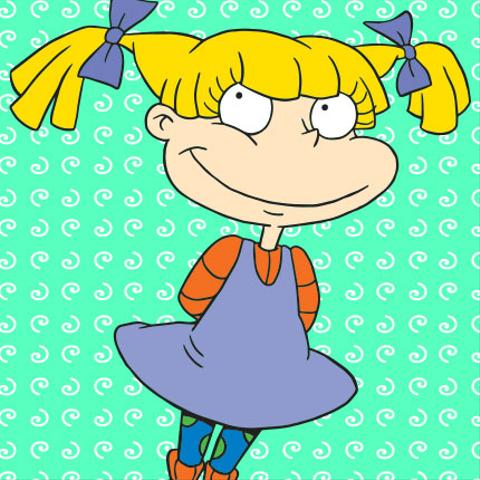 Angelica mastered the art of layering before most of us were aware of its complex decree. Her mismatched orange striped top, purple dress and spotted green-and-blue leggings might be considered off-putting to the untrained eye, but Kenzo’s SS18 catwalk show made a case for the revival of the ‘Angelica’ style; albeit in a more mature, grown-up way. 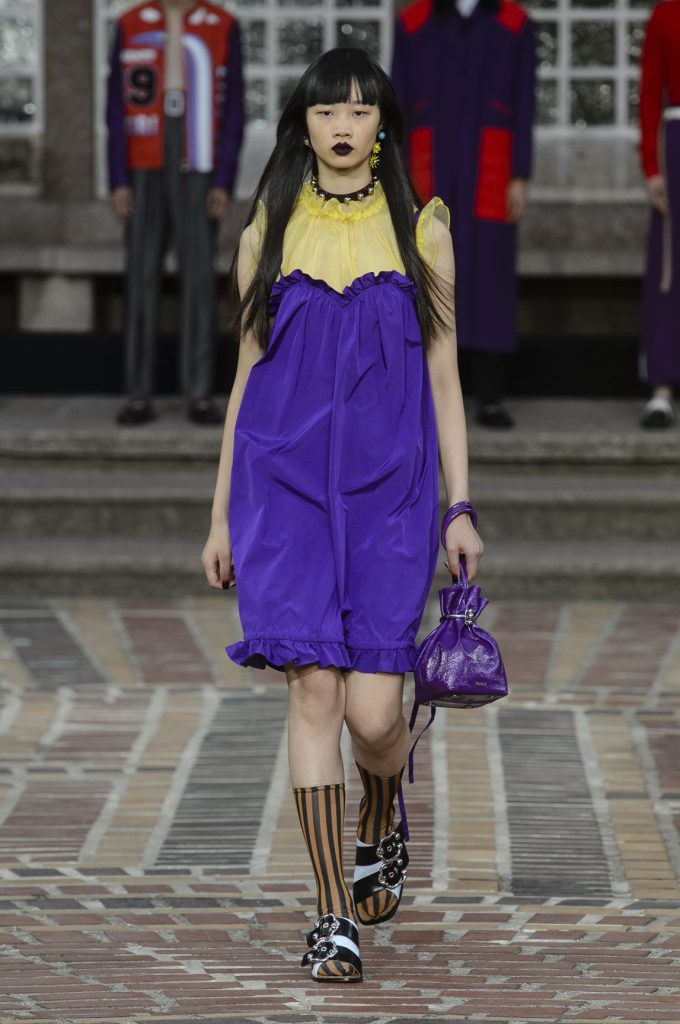 Angelica Pickles is the Carrie Bradshaw of the cartoon world which was made evident by her exceptional ability to accessorize. From Delpozo-inspired hair bows, Moschino vintage sunglasses and Dolce and Gabanna tiaras, Angelica gave us a taste of what was to come from future catwalk trends throughout the 172 episodes aired. 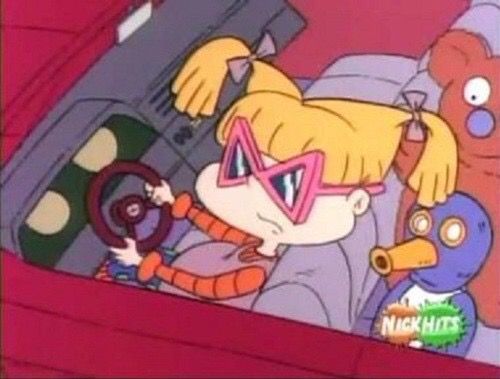 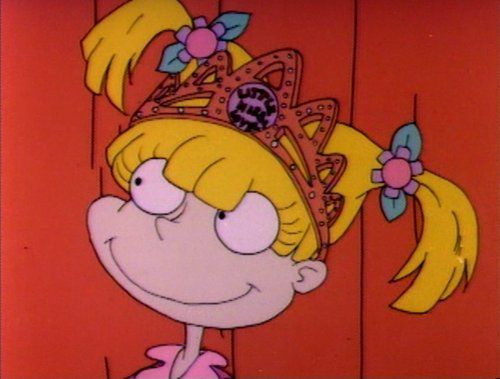 Which Rugrats character do most IMAGE staff relate most to? Angelica. Not because they spent their childhoods lambasting other children in malicious and tormenting ways, but because Angelica Pickles represents the kind of burning confidence that so many people keep inside of them. Though she was only a year or two older than the rest of the gang, she referred to herself as the adult. She regularly self-proclaimed that she was the prettiest, most beautiful kid in the world: she had a swagger about her, but never crossed the border into ego-ville.

Importantly, she showed empathy regularly and acknowledged when her actions caused hurt feelings;  a trait that many grown-ups still haven’t fully grasped. There’s an infamous episode where Angelica develops a mound of cyst-like pimples on her cheeks and forehead after being nasty to the other children. In a bid to shake her spotty skin, she made peace with the younger children and her pimples instantly shrunk. And we cannot forget Angelica’s sidekick and doll-friend, Cynthia: the antithesis of perfection. Though silent throughout the entirety of the series, this ragged little attitude-driven doll gave more lessons on beauty then we will probably ever appreciate. 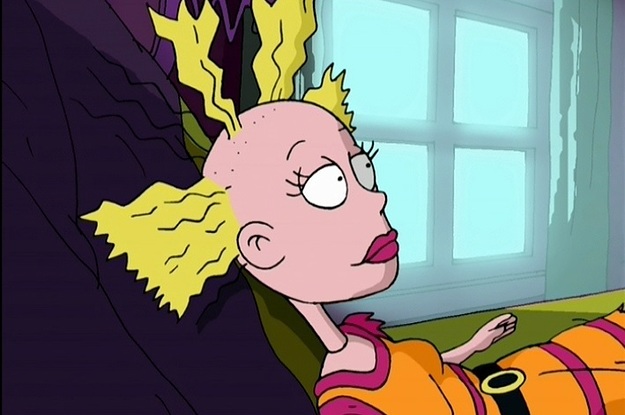 As the show matured, so too did Angelica’s style. The natural progression of the show was to track The Rugrats and their charming adventures to the next stage of their life. ‘All Grown Up’ was set some years later as the children – now teenagers – embarked on their high school adventures. Now somewhere between fourteen and sixteen, Angelica developed a keen interest in makeup – notably a penchant for blue eyeshadow, mascara and nail polish. 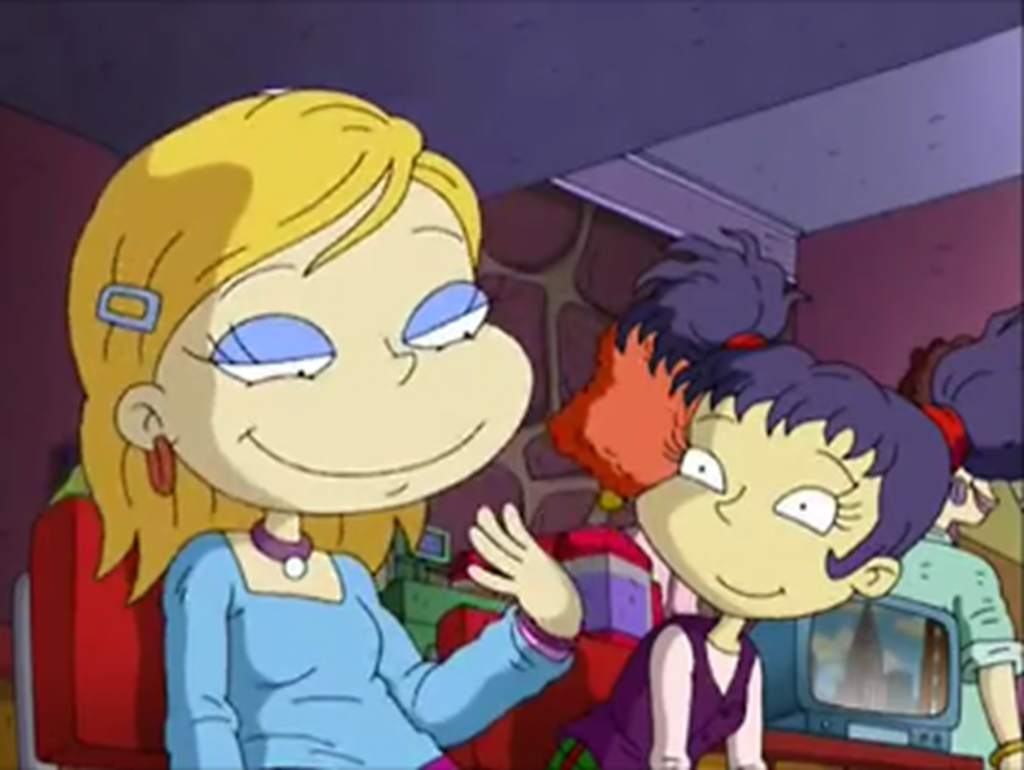 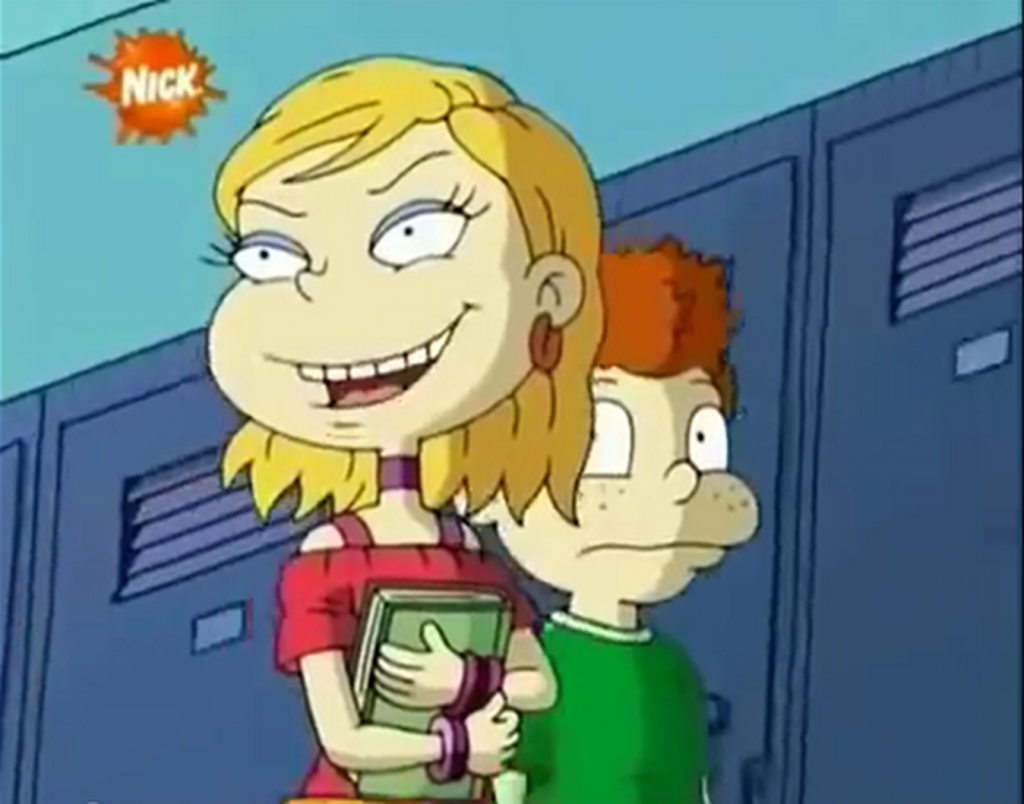 For someone so young, she carried herself with a sense of assurance and finesse that is admirable. Leaving her brutish ways behind her, she was, undoubtedly, the cool girl. What she did bring with her from childhood was her fondness of accessorising, which has been a cornerstone of developing her personal style. Thick bangles, choker-style necklaces, hair clips, hats and exaggerated hoops were her preference as she navigated her way through all that high-school life entailed.

If she were alive today, who would the real Angelica Pickles be? She would probably be working in a creative industry – unlike her mother, businesswoman Charlotte Pickles. She’s not driven by a high salary, though unfortunate for her shopping habits (her favourite brands are The Row, Ashley Williams and Miu Miu), but she enjoys some DIY. She’s social, but only has a small, intimate group of friends. She dabbles in social activism but will always speak her voice, and in her spare time, she likes to hang out in local bars and go on dates with her girlfriend, Suzy.

The apps to digitally organise your wardrobe like Cher in ‘Clueless’

From Chanel to Hailey Bieber, this candy hue is taking over