‘Once my hair was gone, I didn’t have anything to hide behind anymore’

At IMAGE, we believe in real beauty and celebrating difference. In our new Love Your Body series, we speak to real Irish women about what beauty means to them. While they might be of different ages and come from different backgrounds, they all have one thing in common: they have proudly embraced their bodies and real beauty. This week, Patricia Ryan talks about learning to accept her face while undergoing cancer treatment.

Over 40% of Irish women are suffering from low self-esteem. They feel their appearance isn’t good enough; that they don’t compare to others, and this, in turn, impacts their day to day lives. In fact, research by the National Women’s Council of Ireland found 70% of young women are so unhappy with their looks that they sometimes avoid doctor appointments and job interviews.

Related: ‘Trying on clothes was a nightmare. I’d end up crying because nothing fit’

Patricia Ryan, a business-owner from Dublin, understands these confidence issues all too well. Now living in County Wicklow, the 45-year-old admits she used to hate the way her face looks. “It wasn’t anything specific,” she tells us. She had no unusual birthmarks or scars, but something about how her face looked as a whole made her unhappy. “I couldn’t look in the mirror,” Patricia says. “I got very clever at looking-but-not-looking. I would do my hair and do my make-up, but I could never look at it all together.” 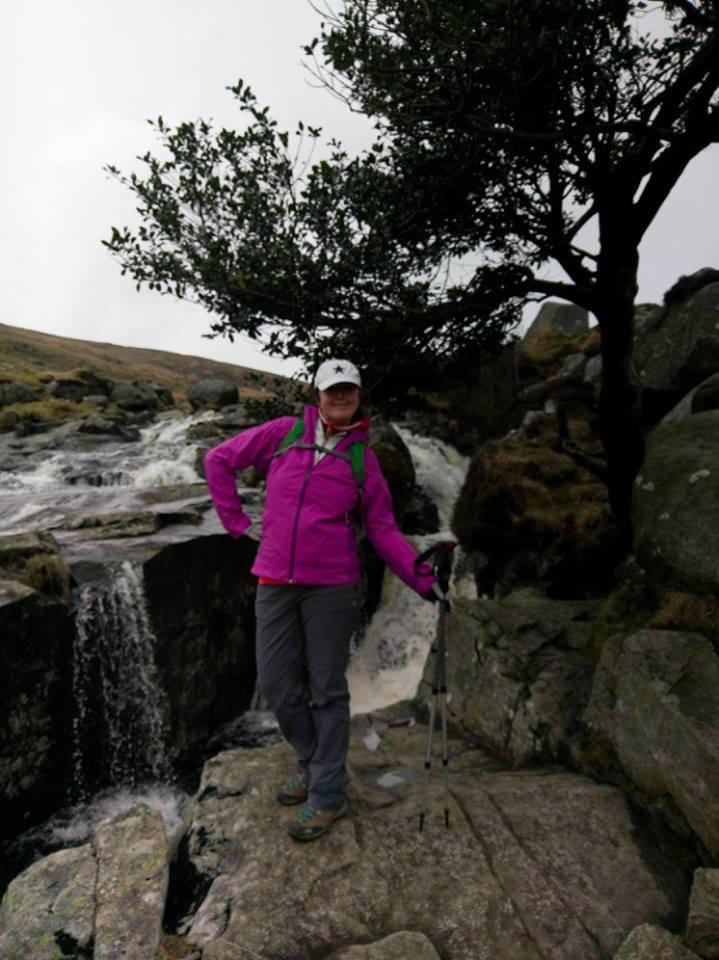 In an effort to make herself feel more pretty, Patricia tells us, “I actually had a nose job when I was 26. There were a few people, friends and people I worked with, who said, ‘You don’t need this, what are you doing it for?’. But I’m kind of stubborn; once I made my mind up, I did it.” While she’s glad she went through with the cosmetic surgery, it didn’t have as big an impact on her confidence as she’d hoped. Patricia resorted to hiding her face in any way she could. “I always had long hair. It was always down around my face; it was one of the ways that really helped me hide it.”

Patricia isn’t the type of person to sit around taking selfies, and she has very few photos of herself from the last two decades. “I absolutely hated photographs,” she says. “I don’t remember exactly when it started. I can see, from photos when I was a kid, I was acting like a normal child. But once I hit the teenage years; no more photos. I reckon that was the start.” Not wanting to have her face captured on film, she developed a range of techniques to keep cameras at bay.

“Any photo you find of me, my head is turned away; or if I’d get caught in a family photo, I’d be making a stupid face so that people wouldn’t use that picture.” It’s been like that for years, though she’s kept her insecurity to herself until now.

Related: The rise of cosmetic surgery in Ireland

The diagnosis that changed everything

Patricia was diagnosed with breast cancer in February 2018 and is currently undergoing chemotherapy; her hair fell out four weeks before this interview.

The illness proved life-changing in more ways than one. “Once my hair was gone, I didn’t have it to hide behind anymore,” she explains. “It was such a big change. It was like nothing I’d ever seen before.” And, fortunately, Patricia was pleasantly surprised by what she saw.

“I looked in the mirror, and I was kind of shocked. I was like, ‘Oh, actually, that’s okay. That’s not what I thought I was going to look like’. That’s what threw me. When you go through something like this, it changes your perspective on things. You kind of go, ‘Maybe I was being a bit hard on myself’, or, ‘Maybe I wasn’t seeing it the way I should have been seeing it’. It’s so different from anything I’m used to that a switch went off in my head.”

So powerful was this switch that Patricia didn’t even rush to get a wig. “I only wear wigs when I go out; but when I’m walking the dogs or if I’m around the house, I don’t bother.” What’s more, she tells us, “I went for a shorter wig instead of a longer one, because I actually like to see my face now.” It was only when the security blanket of hair was gone that Patricia realised she’s been beautiful all along.

Since her diagnosis, Patricia has a newfound appreciation for her body and for life. She spends as much time as she can doing things she enjoys. “I love going hiking,” she says. “I’m outdoorsy. It’s one of the reasons I chose to live here in Wicklow, so I could get out my door and hike. I do target-shooting too, I find that very relaxing.” Patricia also devotes a great deal of her time to her husband and two dogs; a pair of Saint Bernese called Sam and Dean.

Animals are an important part of her life; so much so she set up her own vegan retail business. Her company Peryan Vegan provides beautiful, ethically made vegan shoes and handbags to consumers all over the world. “We only work with suppliers who can prove they have a cruelty-free supply chain and that work with environmentally friendly materials,” her mission statement reads. 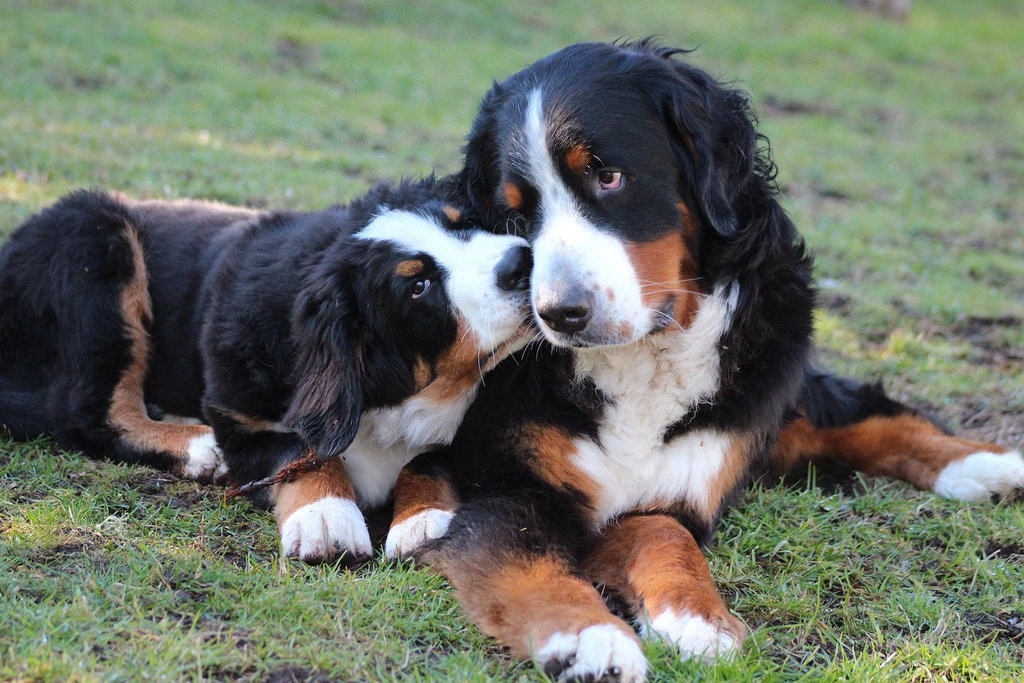 Photo by Tracy Donald, labelled for reuse via Flickr

Still a long way to go

While she’s certainly more comfortable in her own skin now, Patricia doesn’t quite love her face yet. “I have come to accept my face, but love is a strong word,” she tells us. The beauty industry, as a whole, needs to change first. “There’s an awful lot of money tied up in selling products and images. There’s a small number of extreme examples of beauty that seem to be plastered everywhere. Social media picks these fads. They come and go, and they’re like extremes of body shapes. That, to me, is quite dangerous. Particularly for younger people looking at them and thinking, ‘Oh my God, I don’t look anything like that’.”

Patricia acknowledges there’s a better representation of looks and cultures in the media than there used to be, but she says there’s still a long way to go. “The more people tell their stories, the more they’ll realise that those who look different, are beautiful. We all have something valuable; something to offer. The more that gets represented in the media, the better it is. People are very visual, and if you don’t see yourself represented in any way then it can be hard. You go, ‘Am I beautiful? Or am I something that isn’t?'”

“You always wish somebody would have told you when you were younger to give yourself a break; don’t sweat the small stuff. There’s much more important stuff to be thinking about. But you’re so wrapped up in what you’re going through when you’re a teenager that you just don’t listen.” Patricia notes how that insecurity can stick with you into adulthood. “It took such a health shock for me to come out of it.”

As our interview draws to a close, Patricia makes a touching point. “I have always valued myself for my intelligence, how I treat other people, and what I’ve done with my life,” she said. “And I’m very proud of my business. Back then, if you asked me, ‘Do you think you’re pretty?’ I would have been like, ‘NO. That’s not one of my attributes’. But now… I’d be closer to saying ‘yeah’. I still get a little, ‘eugh’, when I see my face; but I can look at it now and go, ‘this body has survived this disease; it’s bringing me through it and it’s really strong. I think it’s more strength than beauty, where I’m at now.”