In this instalment of our Women in Sport series, we hear from Longford athletics star Adeyemi (Yemi) Talabi on her story so far.

Just 19 years old and incredibly quick off the mark, Adeyemi Talabi has spent the last year beating her own personal bests at the University of Texas at Arlington where she competes in the 100m, 200m and long jump.

Since moving to Texas from Longford, Yemi has made her senior debut at the World Athletics Championships in Oregon running the 4x100m relay alongside Sarah Leahy, Lauren Roy and Joan Healy last July.

With eyes on competing at the 2024 Paris Olympics, Yemi Talabi is going far — and she’s doing it fast. 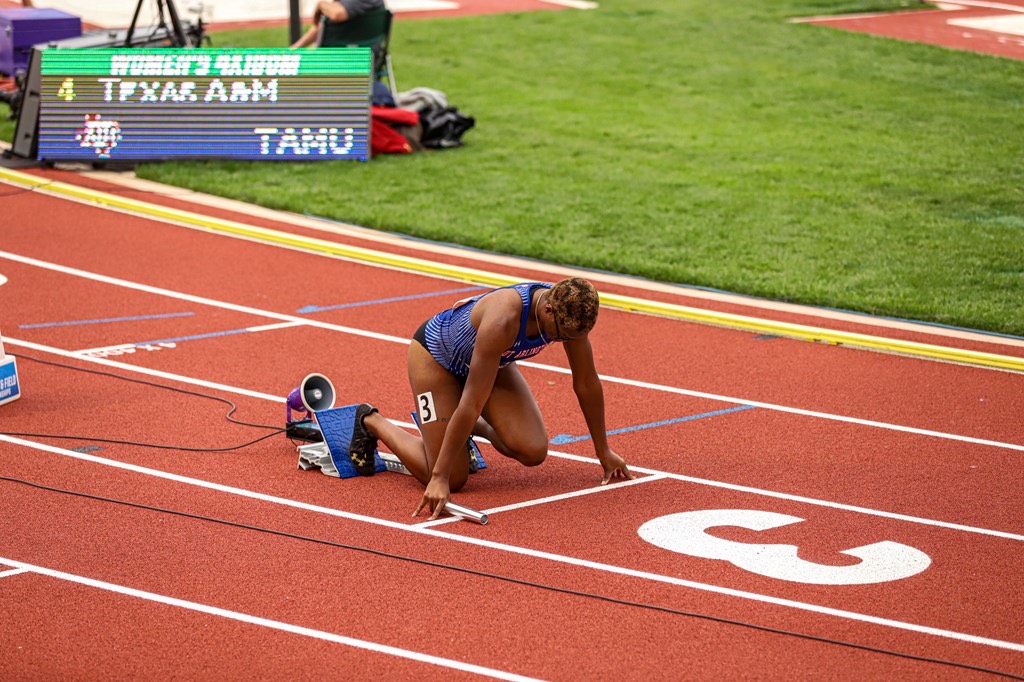 Name: Adeyemi Talabi — but I usually go by Yemi.

Played on the schoolgirl and schoolboy football teams in primary school. I played about six different sports growing up but football was the first.

Someone had told my mum about Longford AC when I was about six after one of the school’s sports days. I’ve been part of the club ever since.

Believe in yourself and trust the people who are helping you get to where you want to be.

My favourite sporting memory is…

When I broke the national record in the Inter Girls Long Jump at the All Ireland Schools Outdoor Championships. If I hadn’t done that, I probably wouldn’t be where I am right now.

Do you think there is still a stigma around women in sports?

I don’t think there is as much of a stigma around women in sports, but I do wish more girls would keep on playing sports into adulthood.

Misogyny. I feel like it’s too common for people to say that they won’t watch women’s sports because it’s “not as exciting”. That doesn’t make sense to me considering women are playing the same sports that men do.

This doesn’t seem to be discussed as much but the whole idea that women in sports are seen as more masculine than women who aren’t. I think this is a reason why girls quit sports in their teens.

A photographer. I love taking pictures of other people, but when it comes to myself? That’s a whole different story.

My favourite pre-competition meal is…

Before coming to the States I swore by pasta and Nigerian red stew. I wasn’t able to cook Nigerian food when I first got here, but I will be going back to my roots. 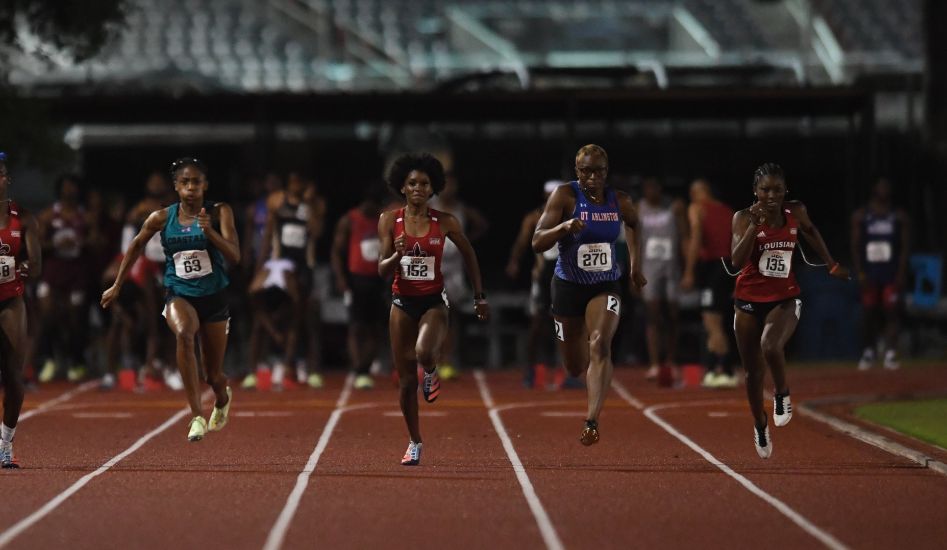 Oh my God, if I could I would put all the songs on that playlist but my top 5 for this season were:

It depends on what day it is but most days include me being up by 5am and heading to training by 6am. After that, I’ll have three classes between 9:30am and 4:50pm. From there I’ll either hang out with my friends and do some assignments or go home and cook. I try to be home before 9pm so I have an hour to get ready for bed. I try to be in bed by 10pm.

My biggest sporting goal is…

Competing in Paris 2024 is my biggest goal. I live for experiences and being able to say that I made it there would be incredible.

I’m going to sound like everyone else but Nike really does it for me.

Biggest splurge to celebrate a win…

I either get the biggest doner kebab I can or Chinese takeout. I’m a very easy person to please.

Have a journal where I write any and everything. I also see a sports psychologist to try to keep on top of things.

I need 10 hours of sleep a night because…. sleeping is one of my favourite pastimes

Confidence, to me, is…

Being able to do what makes you happy without worrying about others’ opinions.

Depends on how bad it was. Most of the time, I say “charge it”, try to learn from it, and move on. On some occasions, I cry. Sometimes you have to let it out.

Lastly, why is sports such an integral part of a community, on local, national, and personal level?

Sports is an amazing way to bring people together, whether you’re the one playing or supporting from the crowd. This can be applied on a local, national, or international level. You don’t have to play to feel a part of something bigger.

Want to be a good parent to your anxious child? Cut yourself some serious slack