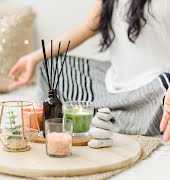 Pandemic running: ‘Pre-coronavirus, my challenge for 2020 was to strengthen my lungs’

At the start of this year, Ruth promised herself that 2020 was going to be the year she started running properly, with the sole purpose of strengthening her lungs. Then a global respiratory virus arrived in Ireland.

I’ve suffered with asthma since I was a tot and pre-pandemic, I did not want to endure my usual winter of lung infections and everything that comes with them. I was going to strengthen my lungs. I was going to run.

I started running in January while still enjoying the Christmas break at home in Cork. I kept it up when I got back to Dublin and was living off Merrion Square. I felt those heavy running legs while trotting around the square most evenings. Knowing that each lap was 1km, I’d pound the pavement while a running app I was using coached me through each significant pace. It felt good, like I was part of a training group. I technically was, too. A friend of mine in work had also decided to start fast moving legs in 2020 so every morning we would discuss our track from the day before.

The running app helped me for the first few months. It allowed me reach a personal goal but I noticed that it was also turning something once enjoyable into a task. It nearly felt like I was reporting to a manager at one stage; checking my pace, time and distance. I was left with a gnawing worry about beating my score the next time. Pandemic fatigue has since set in. Or perhaps the energy that allowed me to run every other day a few months, was killed by a running app?

I continued to run without using the app. Instead, I set a timer on my phone, knowing, generally, how long it would take me to run a certain amount of kilometers. I ran the same slog three or four times a week for a very short time but got fed up. That negative, unavoidable voice in my head started to be harder and harder to turn away. She would tell me my pace was worse than the day before, that my breathing was wrong and it just felt exhausting to manage it on top of powering through the workout.  I stopped altogether for a few weeks. I reminded myself that you go through these running phases. Instead of being ‘all in’ or ‘all out’ my goal was to get to that in between nirvana of Casual Jogs.

I’ve always had pretty bad asthma. I’ve always had inhalers, and each winter there would be the inevitable bad cough or chest infection. There were nebulisers and hospital trips as a child. There were countless holistic treatments, like hanging my head over a big bowl of hot water with lavender essential oil misting up my lungs most evenings in winter. My mum believes “lavender will fix anything”. So this ability to run fast and for a long time meant a lot to me. I have kept running and I haven’t needed to use my inhaler as much since I embarked on this fitness journey. My lungs have been strengthened.

I’ve gone back to the app. I can see that I’ve gone from running four to five times a week from March to June to now running once and maybe even twice a week. And as we enter into one of the scariest winters, I’m very thankful for my decision to build up my lungs. I’ll be trying to run a bit more and find more exciting ways to get the job done. Doing something is better than doing nothing.

Related: How running changed my life

Related: How a month of yoga helped me to run better, faster and longer

Related: Getting your gait analysed for a better run