How a month of yoga helped me to run better, faster and longer

Hannah Hillyer is training for her first marathon. Read her weekly running diary at IMAGE.ie where she’ll be taking you on her journey. This week, she’s looking back on a month of yoga classes and the difference it made to her running…

Did you think yoga was all relaxing stretches and deep breathing? Me too. But recently, I discovered it’s a lot more than that.

At the end of July, the lovely owners of Reformation, Annie Kirwan and Lee Tracey asked if I would like to join their August challenge. As a studio that caters for yoga, pilates, reformer and barre, I had loads of options to complete 20 classes in 30 days.

Related: How much do you need to eat to fuel your running habit?

I have reached the point of my marathon training where everything hurts, all the time. My legs are tight and sore, my feet blistered and my hips ache. Bending down to put on socks or pull up jeans was becoming a workout in itself.

Desperately in need of some intense stretching, I decided to join the challenge and take on 20 yoga classes over the month and see how I felt.

I’ve been running pretty regularly since January, so I would say that makes me pretty fit. Strolling into my first yoga class I figured I would be well able for it, despite not being particularly flexible. As I quickly realised, yoga is far more than just stretching and breathing, I still can’t believe how wrong I was about it.

Although I’m fit, and used to lots of cardio, I found by the end of some classes, the sweat was pouring out of me, and I mean really sweaty. Looking around, I could see it was the same for the rest of the class whatever their fitness level. How did I not know this about yoga?

It is a calm and steady form of exercise, that utilises muscles in ways you may not use that often. Also, the focus and steadiness it requires is like a slow burn, so it’s suitable for so many different fitness levels as almost every pose can be altered to suit you.

Related: Running with a hangover: the ultimate cure or a really bad idea?

For the first 4-5 classes, child’s pose was my favourite (whichever was most like lying down) and the downward dog felt like a struggle. As I did more and more classes, I began to get comfy in downward dog and even relish some of the trickier moves. I could even do a shoulder stand (and a pretty good one too if I don’t say so myself).

What’s most interesting is that every teacher’s class was so different. Mandalei’s classes are introspective and meditative, Lee’s are dynamic and have a slightly wild feel to them; Neasa’s classes are fun, uplifting and challenging. This really reflected much of my running training as some runs feel like you’re meditating, while others will be so challenging but give you a massive high afterwards — no two are the same. 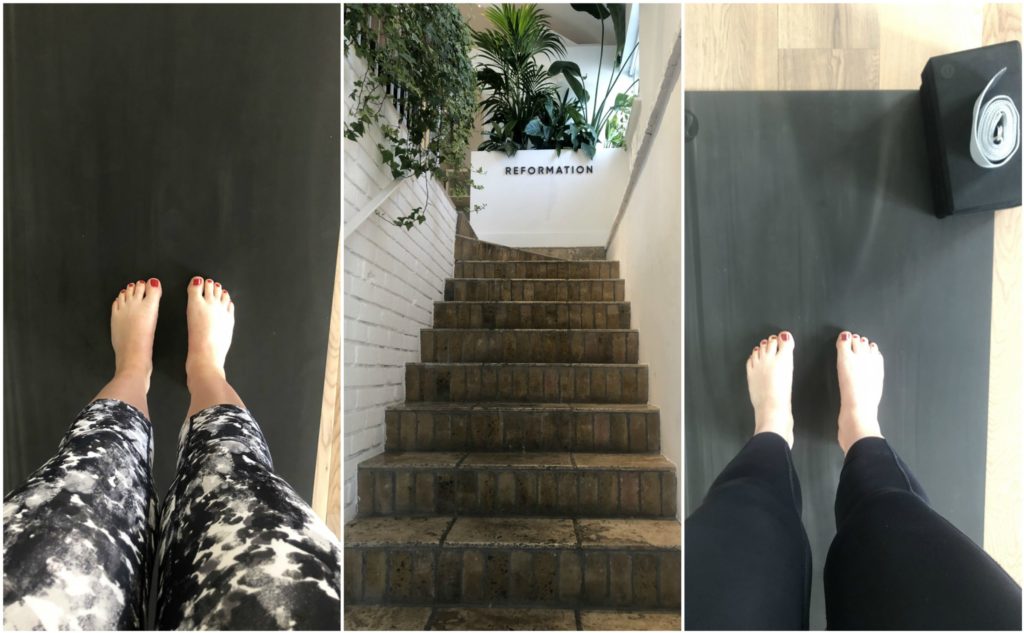 One of the biggest challenges you can face as a new runner is controlling your breath. After only a couple of minutes you can feel your chest heaving as you struggle to get oxygen into your lungs fast enough. Often you may find that your legs are not tired but you may have to stop to catch your breath. This is frustrating as you know you can push for more but your breathing is letting you down, and it can take a while to master this.

I was doing pretty well at controlling my breath through the longer runs. Settling into a good pace that I can comfortably keep up without getting a stitch from gulping down lots of air fast was difficult. But yoga helped me with this even more than I thought it could.

It took me quite a few classes to get comfortable with the poses and before I was able to get into a flow. Being able to switch from one pose whilst inhaling and exhaling as you move into another requires concentration and a certain amount of rhythm. Anyone who has seen me dance (or even run) will know this is not something that comes naturally to me.

But soon, perhaps like 4 or 5 classes in, I could feel myself not thinking about the breathing and it happening more naturally. I could also feel the difference it made when holding certain poses for longer. Mostly it was the idea of ‘sending the breath’ to where you feel most uncomfortable, which was usually my stiff hips and this allowed me to get deeper into a pose.

When I applied this to running? A total game-changer. The first 5k I did after my first week of classes was sublime. My boyfriend met me at the end of the run and wondered why I was grinning from ear-to-ear — it’s because nothing hurt!

I could already see a huge difference in how breathing helped me to run longer and at a more steady pace. Consistent stretching and focusing on stacking my head, shoulders and hips for a straight back meant I wasn’t collapsing over myself when running and my sore hips got a break. 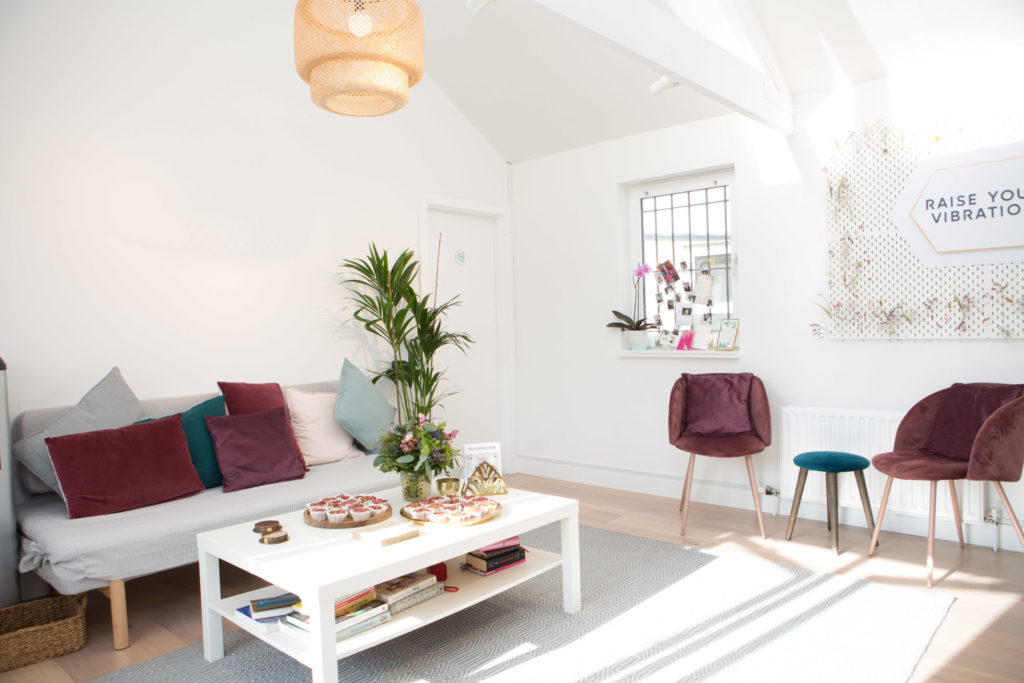 Before starting the challenge I was a little apprehensive — the studio is not near where I live (a testament to how much I liked it as this didn’t deter me from going) and I didn’t really know anybody there.

I worried that everyone in the classes would be really good and I would lurk at the back unable to touch my toes. Instead, what I discovered was the most amazing community of warm and friendly people. Thinking I would feel self-conscious during those first few sessions, I quickly found that nobody is looking at you. Yoga takes concentration and focus so you have no time to be analysing someones else’s goddess pose.

There is such a variety of different ages, shapes and fitness levels that it’s an extremely comfortable place to be. All of the teachers are encouraging and know when to come over and give you a little push or to praise you when they see you are trying as hard as you can.

Related: Stretch the legs: 10 walks to do around Ireland this weekend

Although I love to run on my own, it can at times be lonely. One of my favourite classes was ‘Wine down Friday’ which is the perfect way to end a working week. A 6pm yoga class that really focuses on loud exhaling to rid you of all the negative thoughts and energy the week has gathered. Followed up with wine and chats after class, it’s a gorgeous way to start the weekend.

Although I didn’t quite make it to the end of the challenge (I was a couple shy of the 20 classes), I could see the impact of incorporating yoga into my training. As something that is zero impact, it made such a difference to pounding the pavement every night. It wasn’t only a nice way to stretch out my stiff legs after a run the night before, but also helped to approach my runs differently. I was considering my posture and breathing in a way that helped me to run more efficiently, faster and longer.

Fore more information on Reformation head over to their website: reformation.ie

Read more:  Running every week? Here’s how to fuel your training

Read more: Getting your gait analysed for a better run

Read more: Running and safety: the reality of being a female runner

Yoga+ retreat review: Here’s how the IMAGE team got on