Running and safety: the reality of being a female runner

As women, so many everyday things we do involve an additional layer of decision-making. In this case, it is the vulnerabilities we face when we pull on our jogging shoes. We already know that those first few runs can make you feel self-conscious and a little exposed, but staying safe is another thing to consider.

I remember once when my grandad looked at me horrified as I was ready to run out the front door. He couldn’t believe I was heading out on my own, worried if I’d be safe. It was 7pm.

Related: IMAGE staffer Hannah Hillyer will run a marathon this year, and we’ll be following her every step

Recently, I had an interesting conversation about this with my (majority male) group of friends. They were shocked at the way women think when walking home alone at night: keys grasped firmly between fingers, one headphone hanging out, constantly being aware of where you are and who’s around. It’s something many men don’t consider.

If you’ve ever watched an episode of Criminal Minds or CSI, you will have seen the storyline of the lone jogger who gets attacked, kidnapped or murdered. There is no avoiding the depressing fact that sometimes, as women, we do have to think about these issues of everyday safety. I look forward to a world in which it no longer crosses our minds.

I’ve been writing about running on IMAGE.ie a lot lately. I’ve enjoyed encouraging people to get out there and start, so I don’t mention safety to put you off your running. So instead of dwelling on this grim image, or dredging up any depressing statistics, there are ways to make yourself safer and to feel a little more comfortable when you head out jogging.

My favourite time to run is in the morning. It’s so quiet outside you have the sense of having the streets all to yourself. Getting a workout in before most people are even out of bed makes you feel smug (as well as giving you buckets of energy for the day). You’ll feel as if you can accomplish almost anything if you’ve already racked up a few kilometres pre-work.

If you are running when the rest of the world seems asleep, try to stick to well-lit, busier areas. Main roads and housing estates always feel safe as there are bus stops, cars going past, shops and people close by.

Up until recently, it has been too dark to run in the mornings – I don’t feel safe running alone when it’s that quiet. Instead, I mostly find myself running in the evenings when the streets are busier.  At the beginning, running at night is a great option (the dark disguises a lot of sweaty redness). If you are doing the same, try to stick to areas that aren’t deserted. As much as I love running in the park or on the beach, I stick to doing this in the daylight. When it is darker, I advise staying as close to civilisation as possible.

Another thing to consider is your visibility. Again, at the beginning it can seem sensible to swath yourself in so much black you become invisible (because you don’t want anyone to see you out running), but the reality is that you need to be the total opposite. I was driving one night with my boyfriend when I barely spotted a runner who was dressed all in black that I realised just how dangerous this was.

If you run in an area that isn’t well-lit, some extra precautions are essential. Try to choose running tops and tights that have some sort of reflective material on at least part of the fabric. 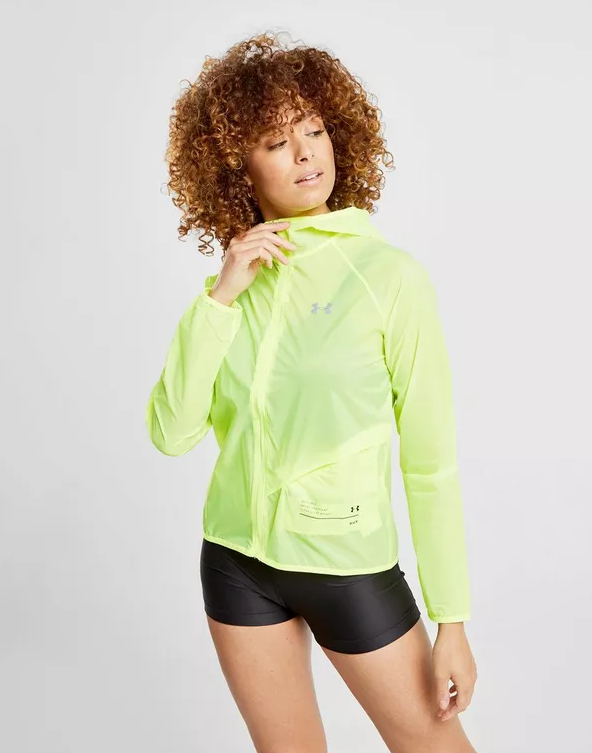 Under Armour Storm Jacket; €95.00 at jdsports.ie 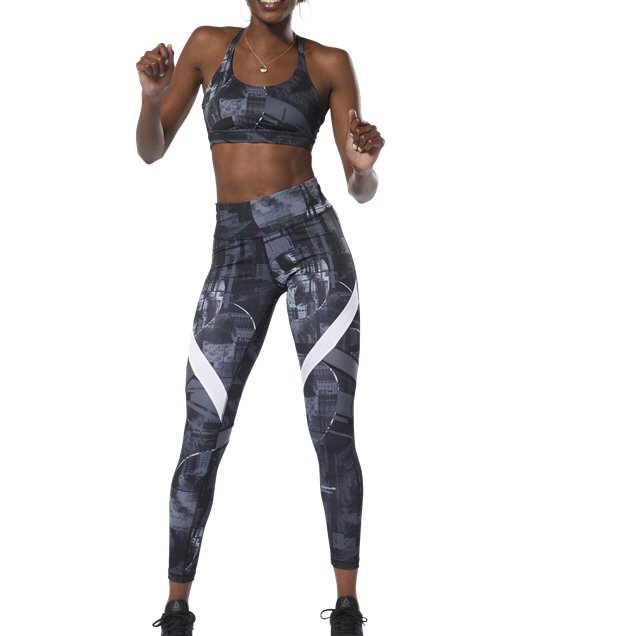 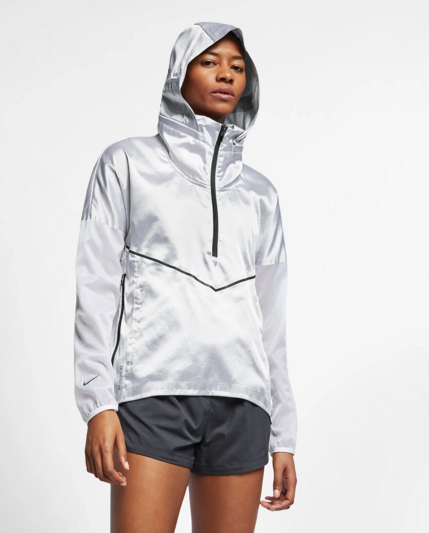 As much as I love a soundtrack blaring through my ears, if you’re running later at night, it’s a good idea to turn them down a notch or off completely. To be safe, you need to be alert and aware of your surroundings and it is also important to be able to hear passing traffic.

If you can’t bear to listen to the sound of your own ragged breathing then perhaps run with one headphone in and one out. I find this to be the rule I stick to if I’m running at night or in an area I don’t know very well as it keeps me aware of my surroundings.