Getting your gait analysed for a better run

“I’ll be in a bit late tomorrow, I’m going to get my gait analysed” I said to my boss when leaving work last Thursday. “You’re getting your what measured?”. Quickly realising it seemed like I’d massively over-shared some mysterious check-up, I explained where and what I was doing. I also seem to have become that person who casually drops running jargon into conversation…

What is your gait?

Your gait, by the dictionary definition, is a person’s manner of walking. When we talk about running it is all about your stride – how you run – which differs from person to person.

Why does it need to analysed?

This may not come as a surprise, but very few of us are ‘perfect’ runners. Having your gait analysed is looking at the mechanics of how your feet move whilst you run. In simpler terms, how they are landing and leaving the ground. The way in which we do this is different for numerous reasons, for some it’s just how we’re built, gender and weight can be a factor, as well as any previous injuries you may have experienced.

Having this looked at in a specialist way can determine what type of trainers you need based on what your foot is doing.

Do I really need to have mine analysed?

If you are beginning to run regularly, it is definitely worth having yours looked at, even if you’re not training for a marathon. Running a couple of times a week means you are using these muscles frequently. If you are doing this over a long period of time in trainers that aren’t suited to the type of runner you are, can cause unnecessary strain and injury – and who wants that?

Where can I go?

There are lots of places you can go get this done, with most offering it as a free service before you buy your trainers. I tried The Run Hub on Aungier Street which is a specialist running shop, and they have a second store in Ashtown. Elverys also do gait measurement, and I went to their Blanchardstown store. Never having had this done before I didn’t know what exactly to expect, and a year ago would probably have been a little nervous doing it, not considering myself a ‘proper runner’. 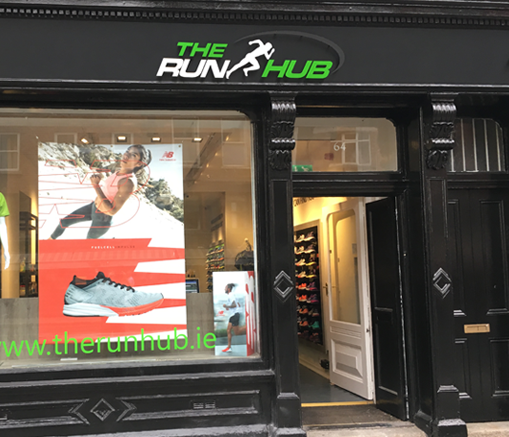 This is exactly the type of shop I would gave avoided in the past, thinking it was just for professional runners. To be honest, it’s somewhere I would have found slightly intimidating and been scared to go in for fear the staff would all be young triathlon runners wearing head to toe lycra.

Now that’s not necessarily a bad thing, but it can make a new runner feel a little out of their depth and avoid asking questions that sound stupid. Thankfully that’s not the case at all and I was met by the very lovely Sean who went through everything with me step by step. 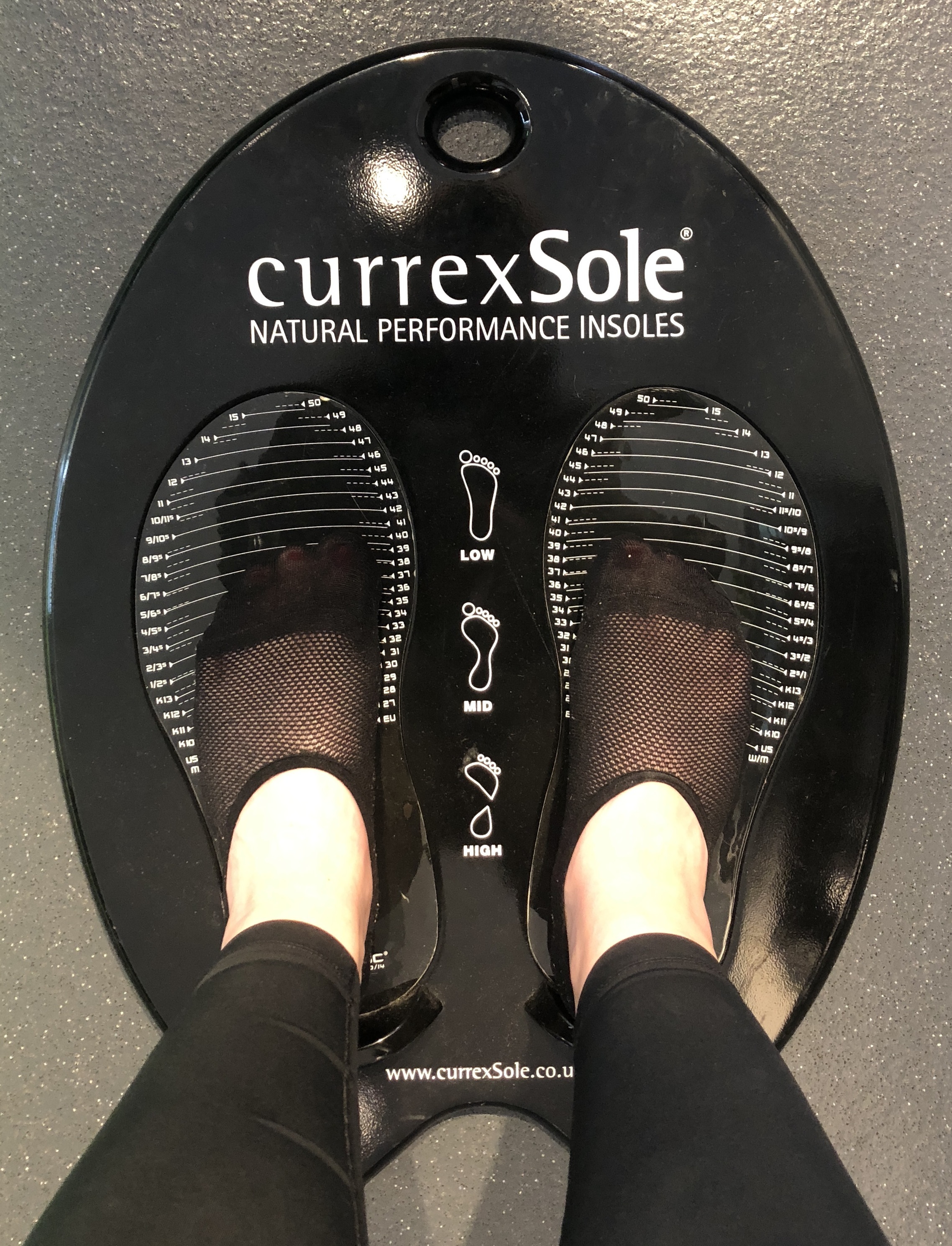 First things first, Sean explained all of the above information about the different types of runners and the importance of gait measurement – even for beginners. Then I stood on a pressure plate, and once I stopped fidgeting around, it was able to assess how high my arches are by leaving a heat imprint where I stood. From this they can see how much support you need, either from having high or collapsed arches.

Along one side of the store is an area you can run up and down whilst being filmed – yes I know this is most peoples idea of hell but I promise it isn’t bad at all. First Sean got me to run up and down the track in bare feet, then you get to watch yourself back in slow motion. This shows up how you are landing and if either of your ankles needs some extra support. 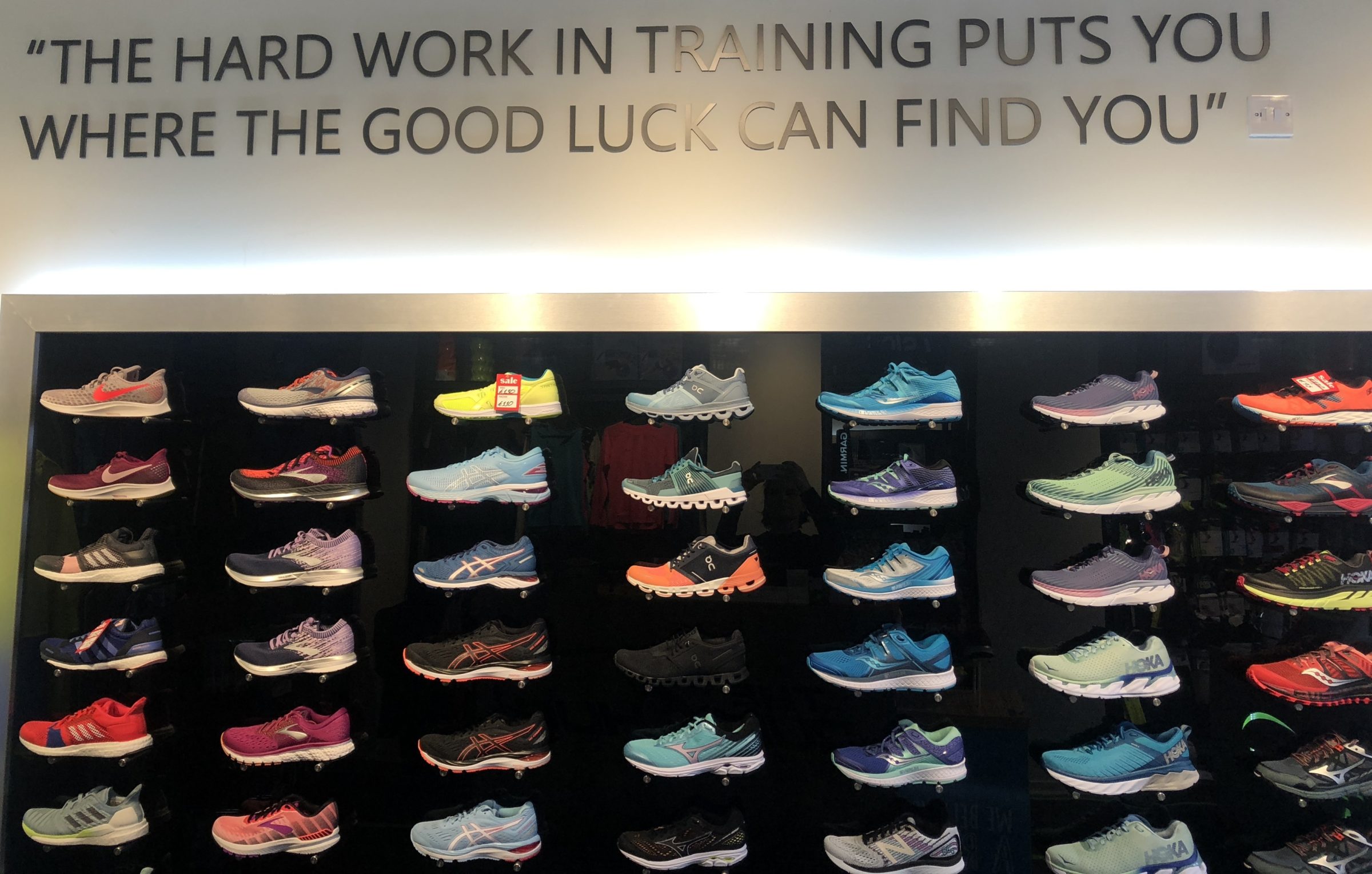 Once your barefoot run is over you’ll know exactly what type of trainers you need, either a neutral shoe, a guide shoe or a support shoe. Just looking at the wall of trainers can be overwhelming as there are so many different types to choose from. Sean brought me heaps to try on, all from different brands promising me differing kinds of support.

Turns out I prefer a shoe that comes higher up the back of my ankle, owing to rolling it about a year ago, and I need more of a supportive shoe as my right ankle pronates more than my left. Once again, I am sent up and down the mini running track and filmed so we can see if there’s any improvement on my ankle roll from trainer to trainer.

This is where things get really interesting, as you can see the massive effect just a different runner has on your gait. The lighter, more bendy shoes gave my ankles no support, which once you start getting into the heavier mileage can be a recipe for future injury or strain.

Then all that’s left is to pick which shoes you like best! Some of them will be ruled out straight away (even if you think they look nice) as they don’t give you the support you need.

The type of running you’re doing will also be taken into consideration: are you training for a casual 5k around the park on a Sunday? Or perhaps you’re doing a bigger event like a marathon or even starting trail running. Sean is also super knowledgeable about different brands and they stock so many different options, from Californian trail shoes to a really unusual Swiss pair that were unlike anything I’d tried before.

Elverys is another Irish shop which offers in-store gait analysis. Here I was met by the store manager John who directed me towards their FootBalance machines. These work similarly to the pressure plate in that it analyses your arches to see if they are flat or collapsed. You will be also asked to perform a couple of different positions on the machine to check for any pronation issues. The mirrors under your feet will highlight any problems you may have. 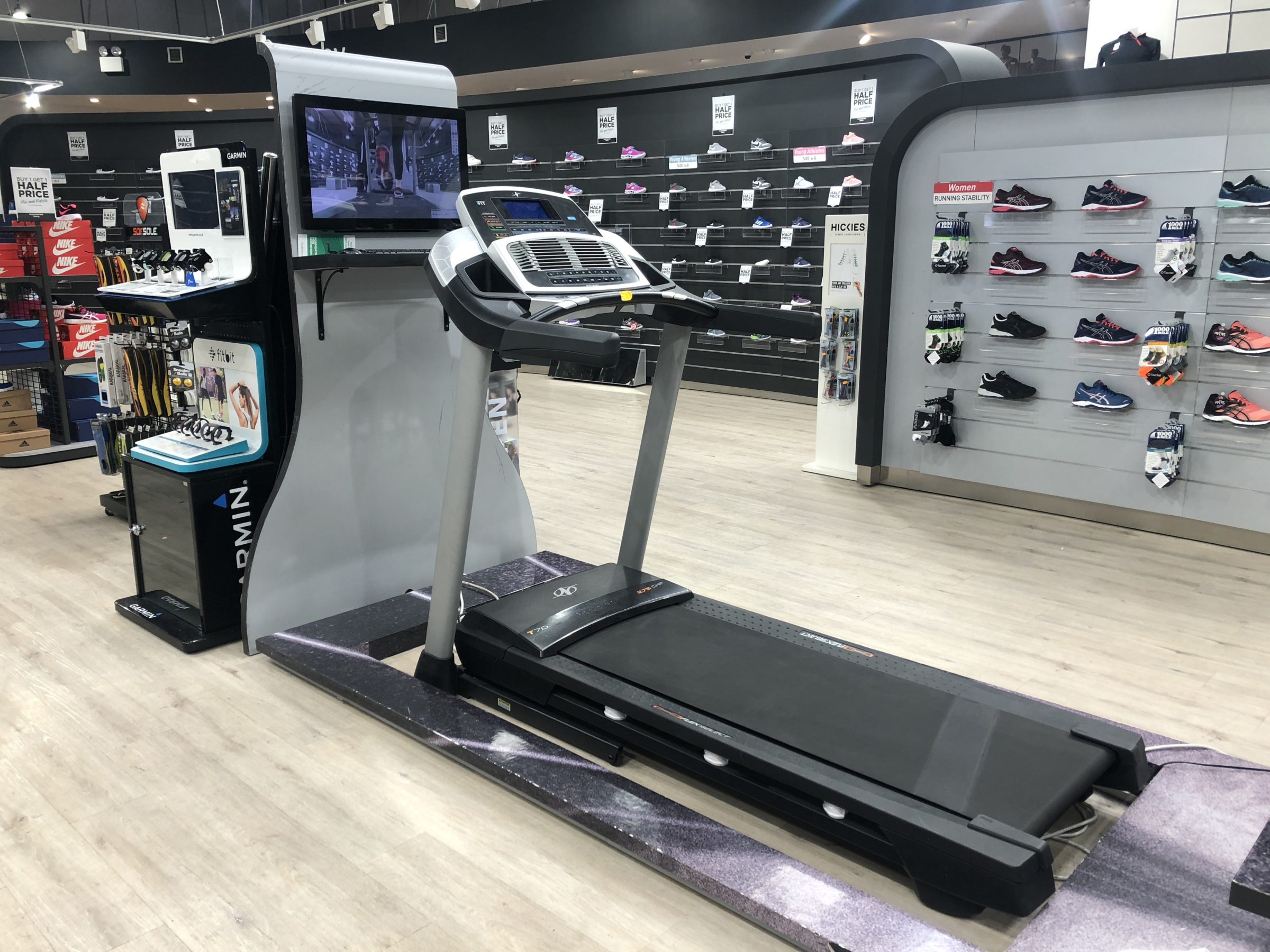 After this, you move over to the treadmill for a more thorough idea of what your ankles are doing whilst you run. Now it certainly isn’t the most fun thing in the world to hop on a treadmill and run in the middle of a store, but John kindly got up and did it first so you feel a bit less self-conscious. Also you only have to run for about 20 seconds before stopping and I found most people didn’t really bat an eyelid at what I was doing.

Related: Running and safety: the reality of being a female runner

After watching back the video of myself running, John was able to suggest the right trainers for me based on how my feet were landing on the treadmill. Again, I was told my right ankle pronates more than my left so I was advised to go with a more supportive shoe. Elverys stock lots of Nike and Adidas but the right brand for me was more specialised, which left either Asics or Brooks. After another jog on the treadmill in each pair we could see that the Brooks trainers offered me more support and were also more comfortable.

That first run in new shoes

I went home with a pair of Brooks trainers, that unlike many running shoes are not too hideous (priorities I know) and promptly laced them up and went for a run. They felt amazing, and really showed up how knackered my previous pair were. I practically bounced down the road, feeling more supported and they were also lighter than what I’d worn previously. I was advised to not go straight out for a massive run, but to ease into this new pair. Your feet adapt to the shoes you run in, so it can take a little while for you feet to adjust to a new pair slowly.

So if you’ve been thinking about going in to get your gait analysed, or more importantly you know the shoes you’re running in aren’t doing you any favours, don’t keep putting it off. If you’re getting serious about running regularly, or have a race in mind, it’s essential you have the right shoes.

Perhaps you’re nervous about going in, if so go to either The Run Hub or Elverys early in the morning when it’s quiet. This way there are less people around to watch you jogging in a store, and also the sales assistant will have more time with you to figure out exactly what you need.

Also, they say nothing motivates you more than new kit, so new trainers are a pretty good incentive, huh?