This period home for sale in Blackrock comes with four bedrooms, three sitting areas and a large, south-facing kitchen extension.

Nestled on a quiet cul de sac between Blackrock and Monkstown villages, it’s just a short walk to the seafront or a cup of coffee. For a terrace, even a Regency-era terrace, this home on Blackrock’s Montpelier Place is surprisingly large, stretching to 230 square metres.

The house itself has been extensively renovated and restored to an immaculate standard and with undoubtedly significant investment. Built sometime in the early 19th century, the house is planned across three floors. 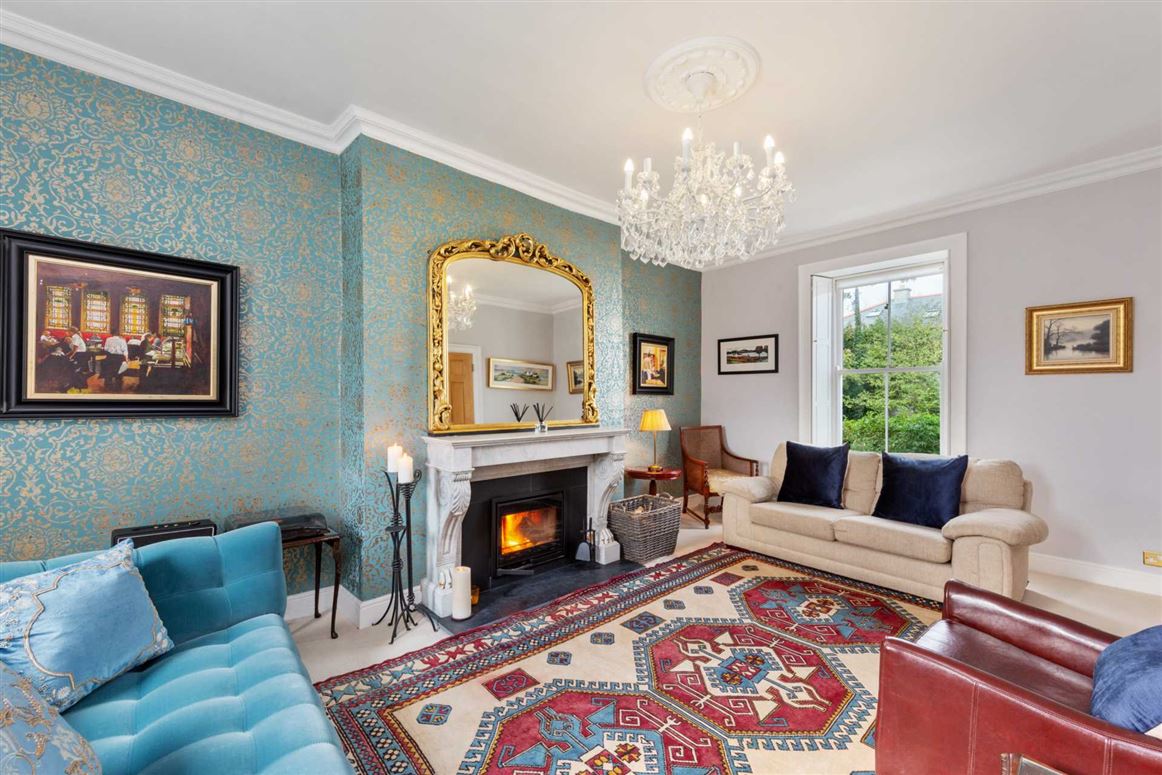 Up the steps and into the entrance level, there are two period drawing and living room son either side. Both are double-fronted with winoes overlooking the front and the back garden, as well as marble fireplaces and Georgian sash windows and casements. 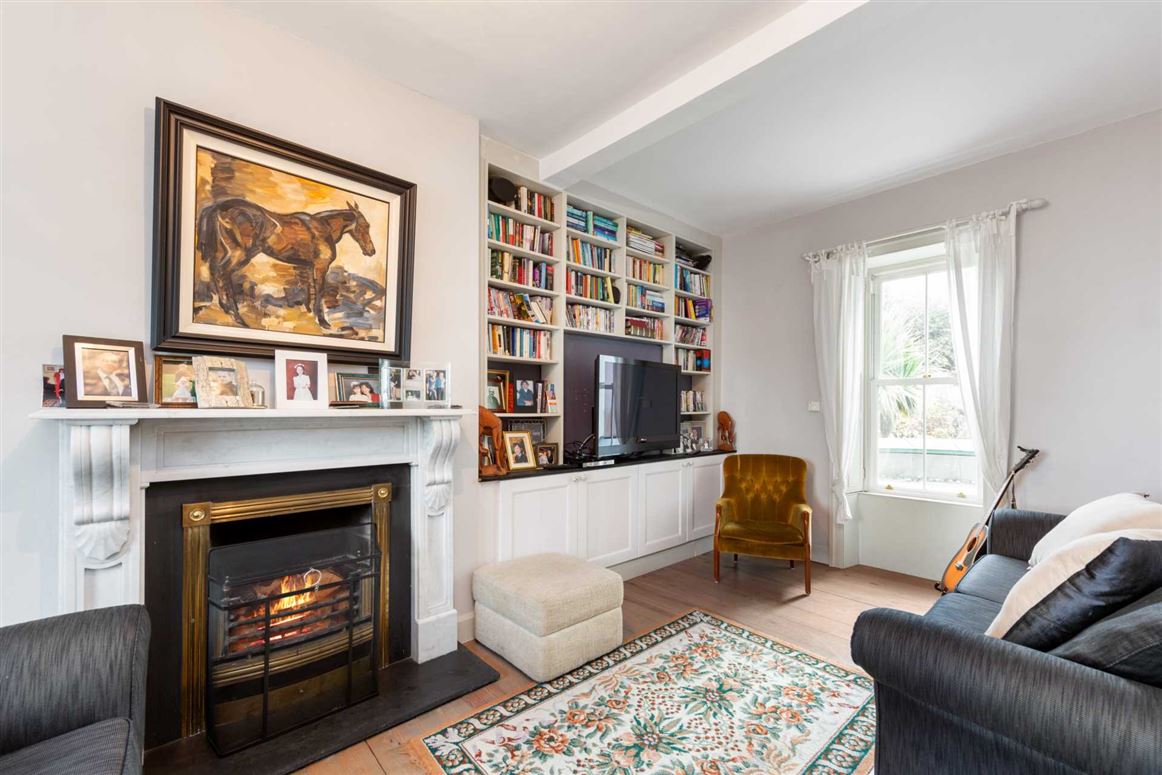 Downstairs to the garden level, there has been a significant extension, clad in distinctive copper on the exterior.

The modern glass kitchen area is bright and cosy, thanks to the south-facing garden and a sleek white kitchen and glass roof lights. The ceiling extends into the garden, offering a little shelter to the patio area beyond the glass sliding doors. 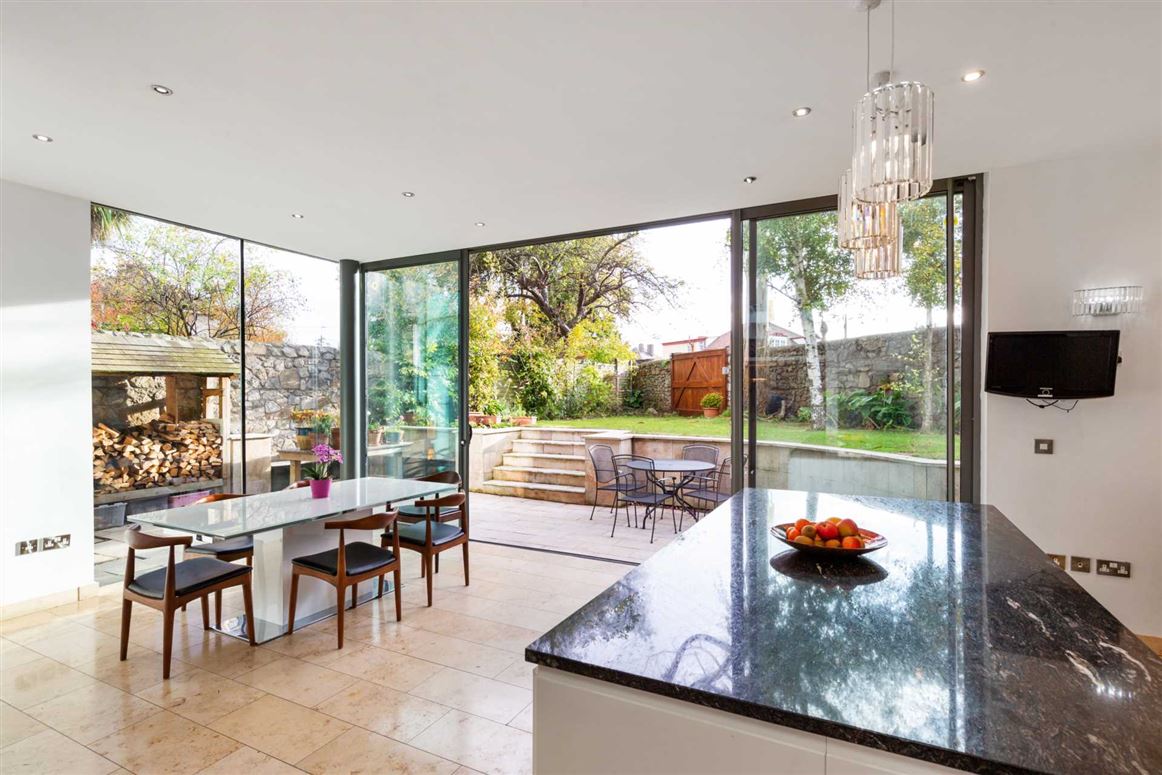 There’s also a cosier family room with a solid fuel stove and stone surround on this floor. It looks to the sunken window at the front so there’s ample privacy without losing light.

On the garden level is also a utility, two store rooms, a hot press and a large double bedroom with its own ensuite. 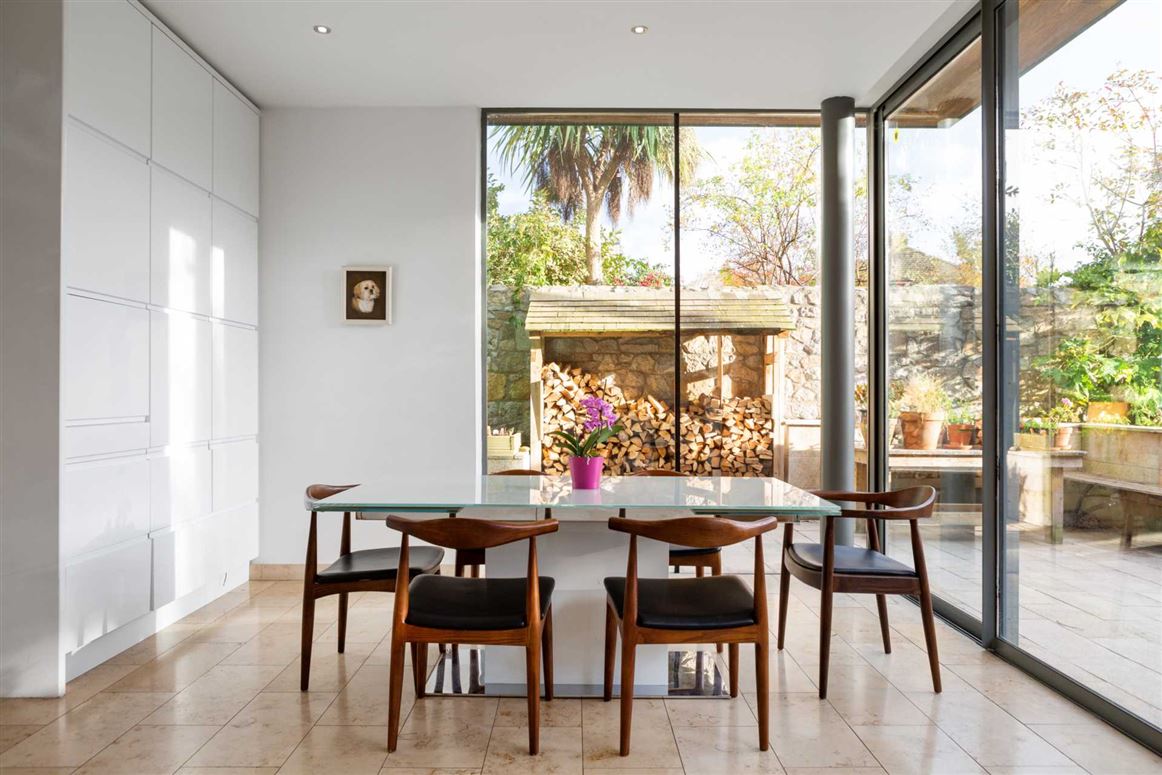 Back upstairs there’s a sizable family bathroom in the return. There are three bedrooms, two single rooms and the largest double bedroom. It has a wall of bespoke wardrobes and a large, Victorian-style ensuite.

The garden is bright and not overlooked, with a number of mature trees. As well as the paved patio, there’s also a grassy lawn up a set of steps. The back garden has its own pedestrian access via a coded gate. 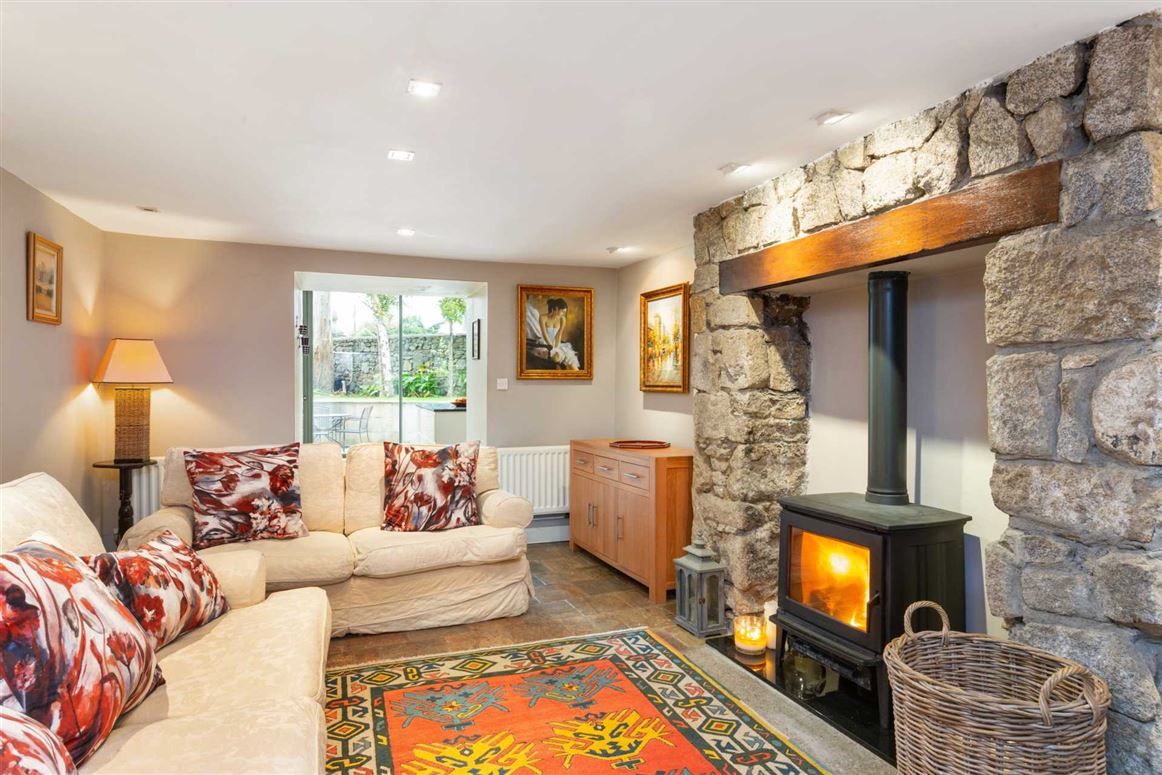 Interested? This home has certainly been brought to an excellent standard in both its materials and design. It was reroofed in 2011 and thoroughly insulated. The house next door, number 2 Montpelier Place sold earlier this year for €685,500 and requires work, so you may have to still put up with some building work happening next door.

Read more: A fitted kitchen isn’t your only option: Here’s why freestanding units are a good idea

Read more: This house in Glenageary, with home cinema, will cost you €2.65 million

Read more: This is what the iconic Home Alone house looks like after 30 years

Three quaint Irish cottages currently on the market for €295,000 and under