This Leeson St home on sale for €2 million is family-friendly but perfect for city...

You will not believe how they made THAT Zendaya Balmain dress

If you only see one film in the cinema this year, make it this powerful...

4 Irish female bosses on getting organised, confidence and the importance of creativity

It isn’t the house we remember, but still beautiful inside

Even though Home Alone was released in 1990, the house itself is still seen as iconic. There are only minor changes to the exterior since filming: two white columns around the front door and a gated, iron fence around the property. 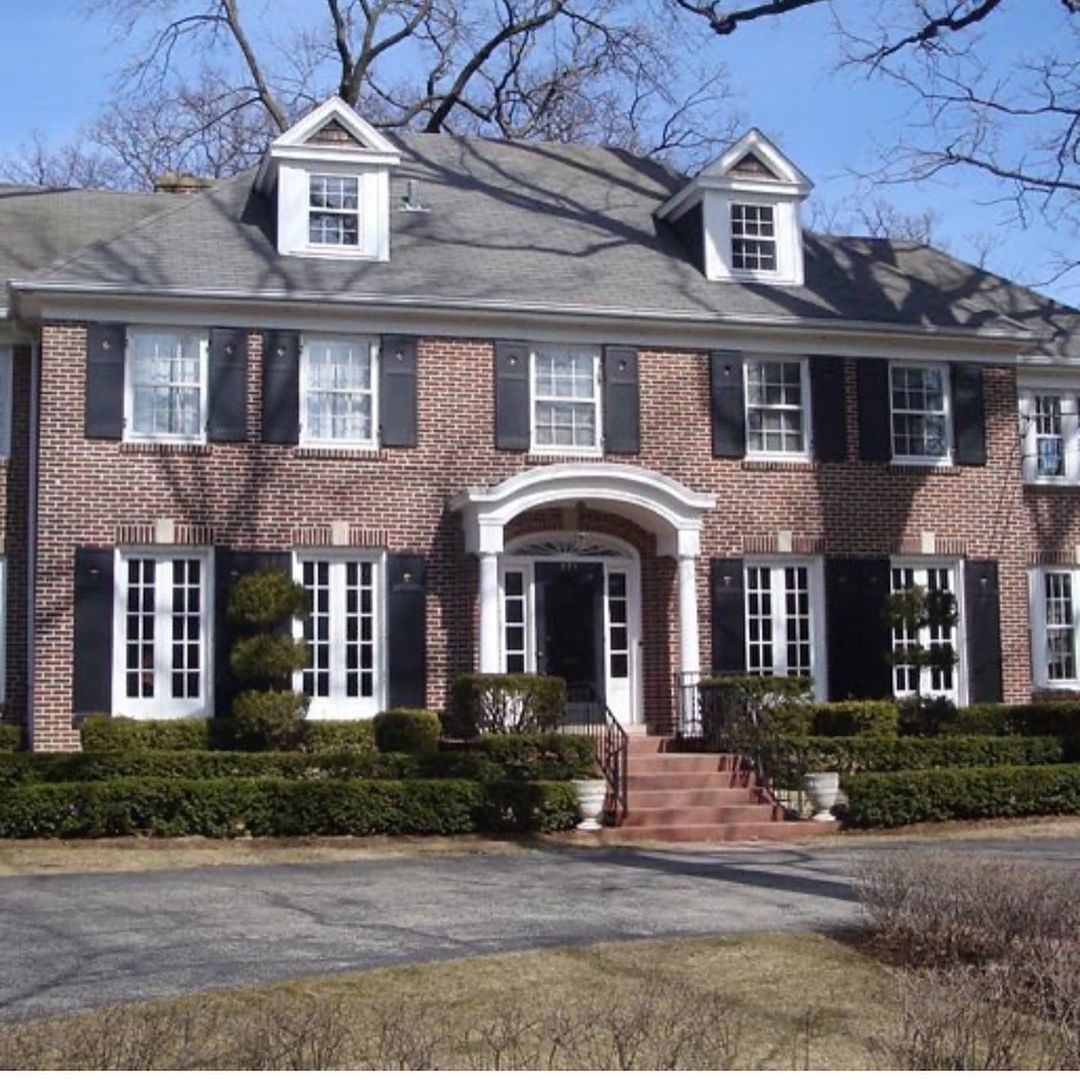 Many of the iconic scenes took place in real parts of the home. The staircase that Kevin slides his toboggan down? Very real. So did the living room, dining room, and the attic space was also there and used in the film.

However, there were sets created for the kitchen, basement stairs, and second floor at nearby school.

The home has only been sold once since the movie. It went on the market in 2011 and the listing received international attention, eventually selling for $1.5 million.

Curious to see the interior almost three decades later? Instagram account @90s.inspiration has compared and contrasted the rooms and naturally, the house has been modernised.

So how does the Home Alone home’s actual interior line up with the movie? It’s naturally, different. For instance, the festive red wallpaper never existed, it was added for the film. The true decor is much more traditional, and less 1990s. 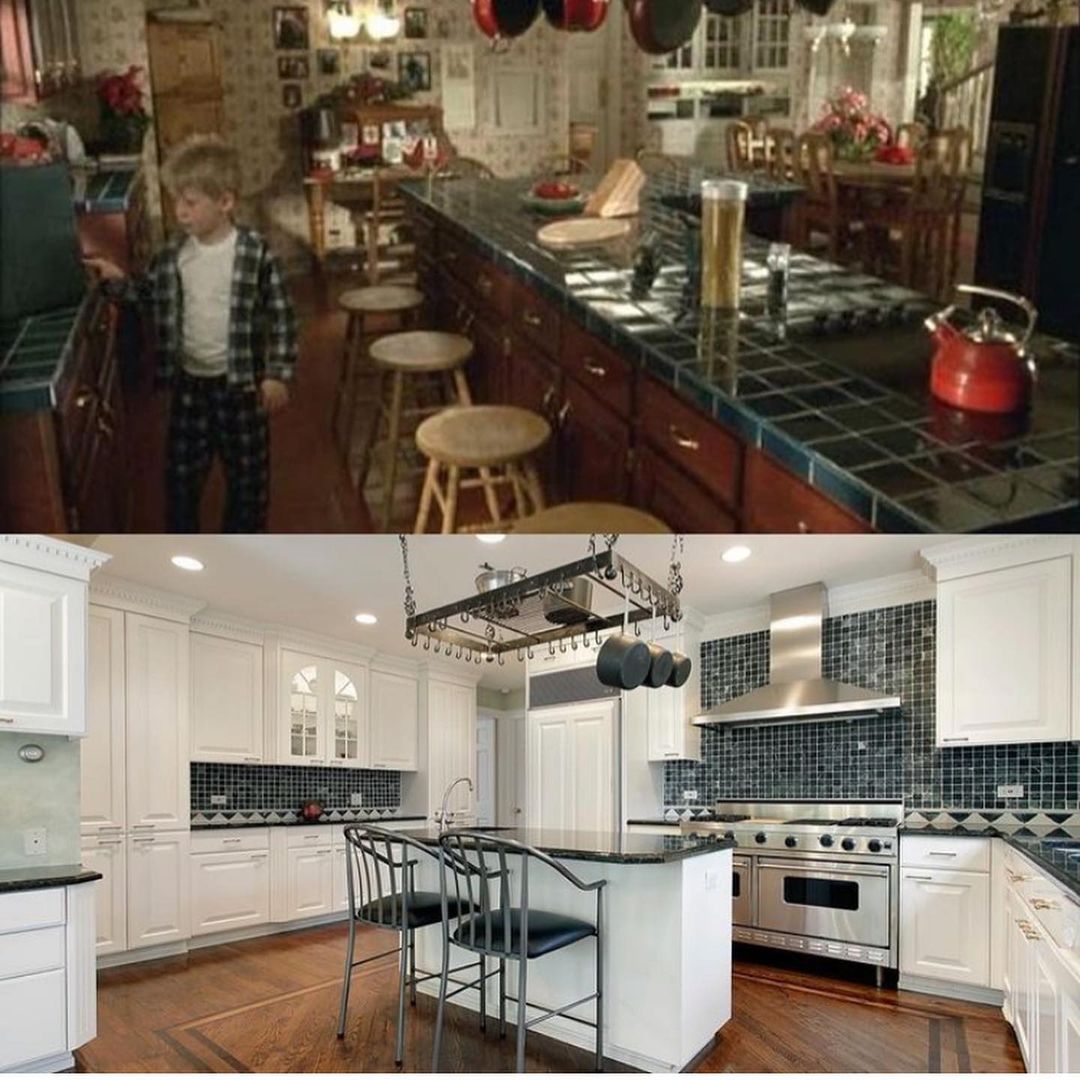 Noticeable differences in the kitchen but this is likely down to the fact that a set was used so the layout of the original was never going to be the same. 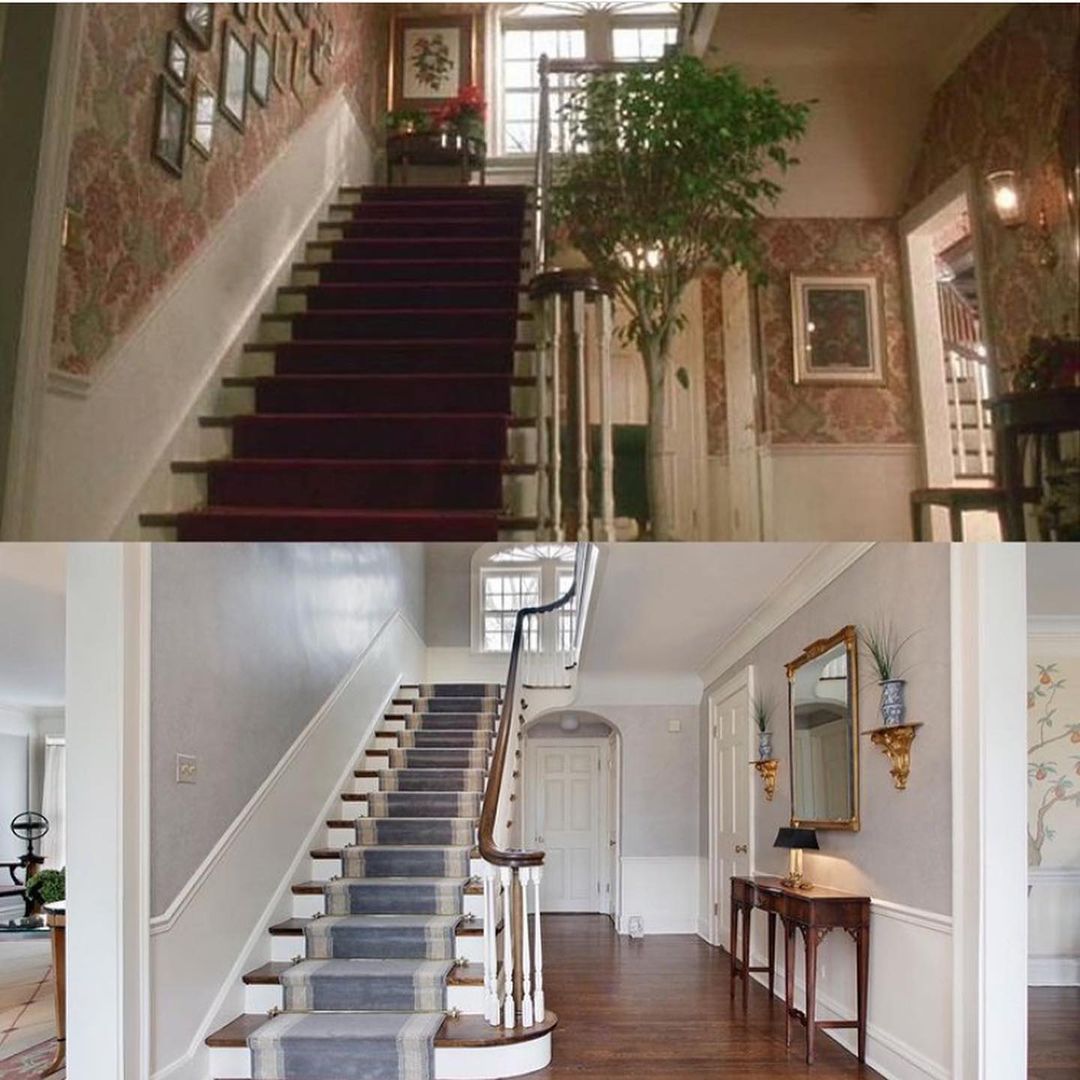 The fabulous staircase remains looking much bigger and brighter. 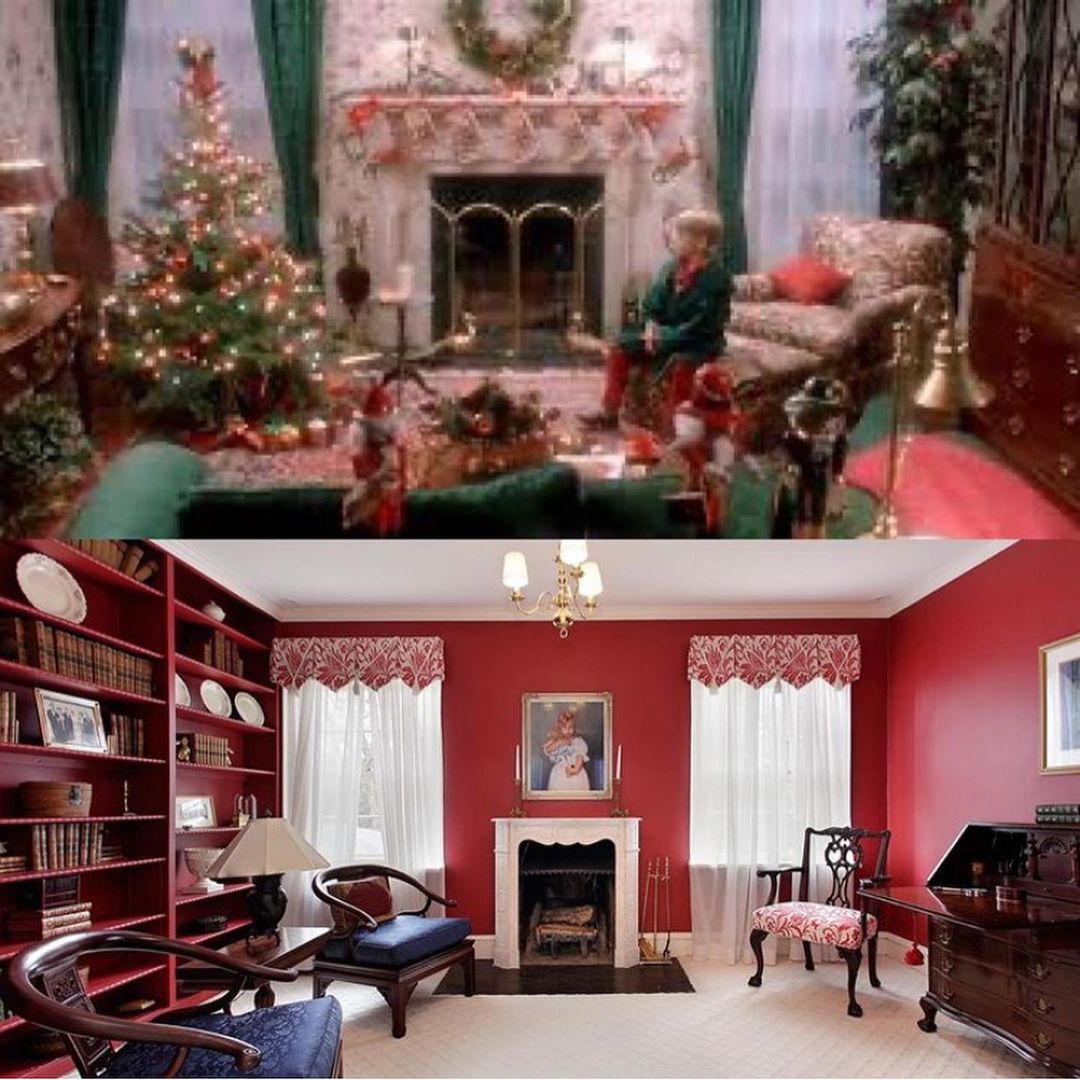 The fireplace is still the central feature in the living area, though the chairs don’t look anywhere near as comfortable as in the film. 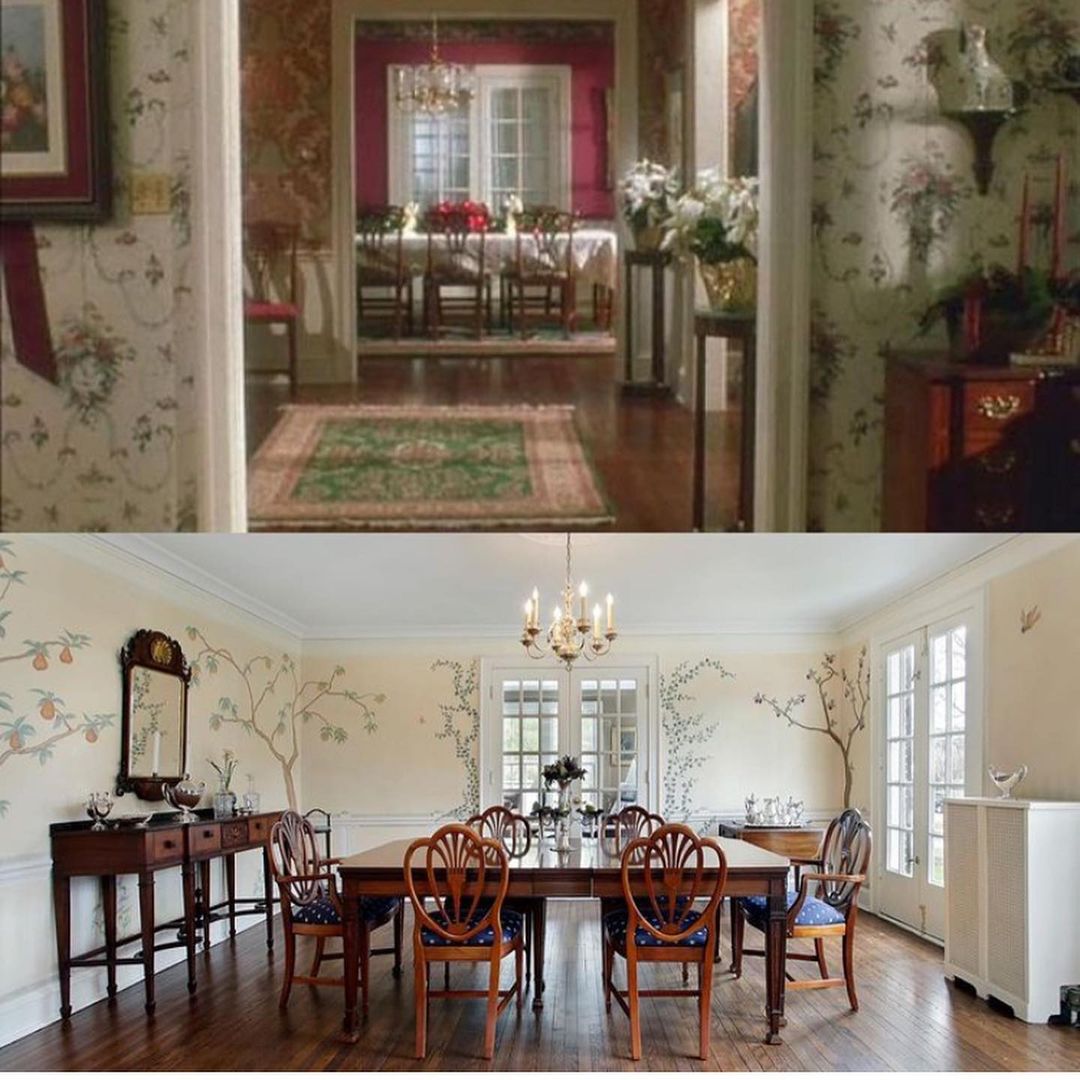 The dining room has an airy feel thanks to the lighter colour palette on the walls and is a definite improvement to the movie decor. 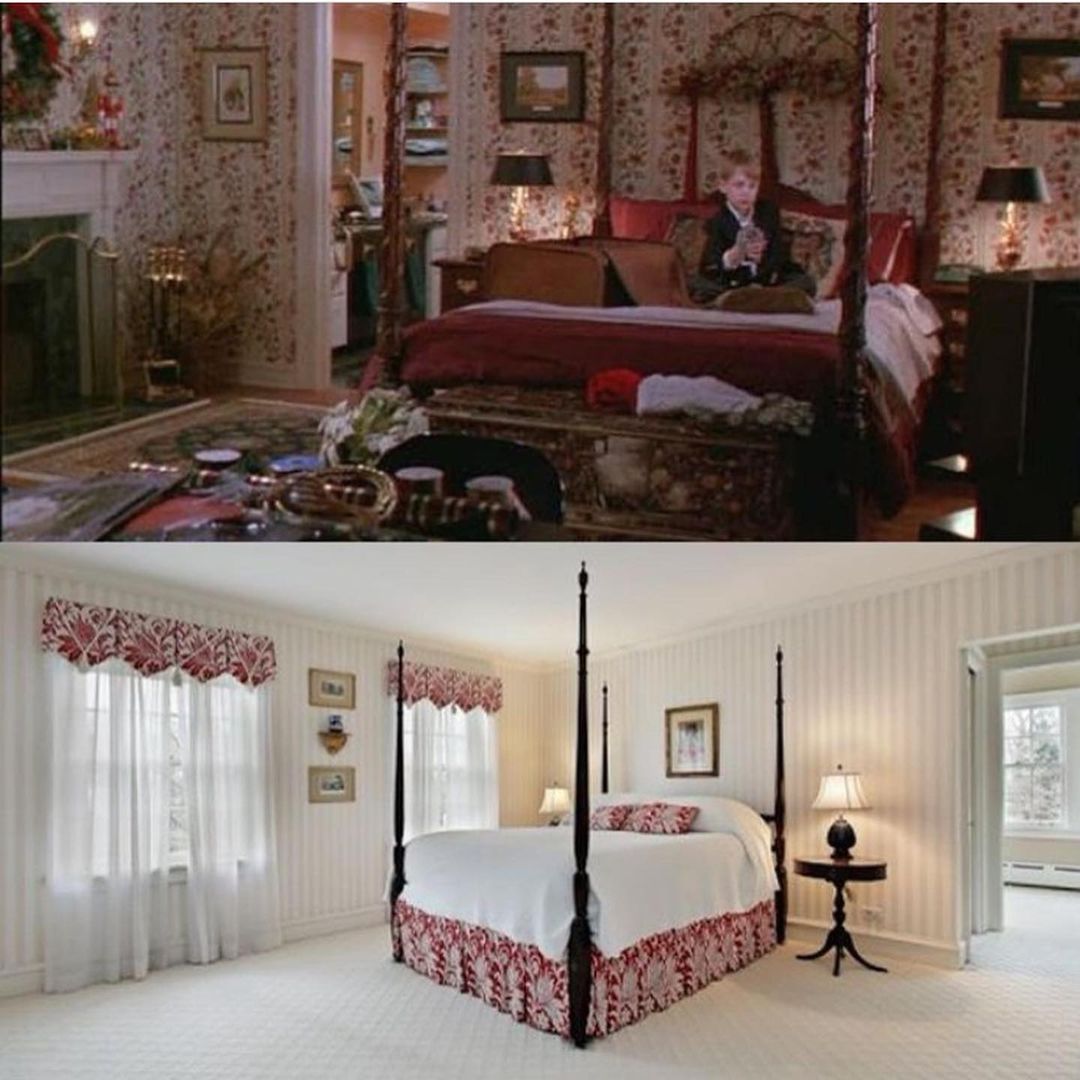 A distinctly modern master bedroom with some rustic charm. The wallpaper is an improvement too. 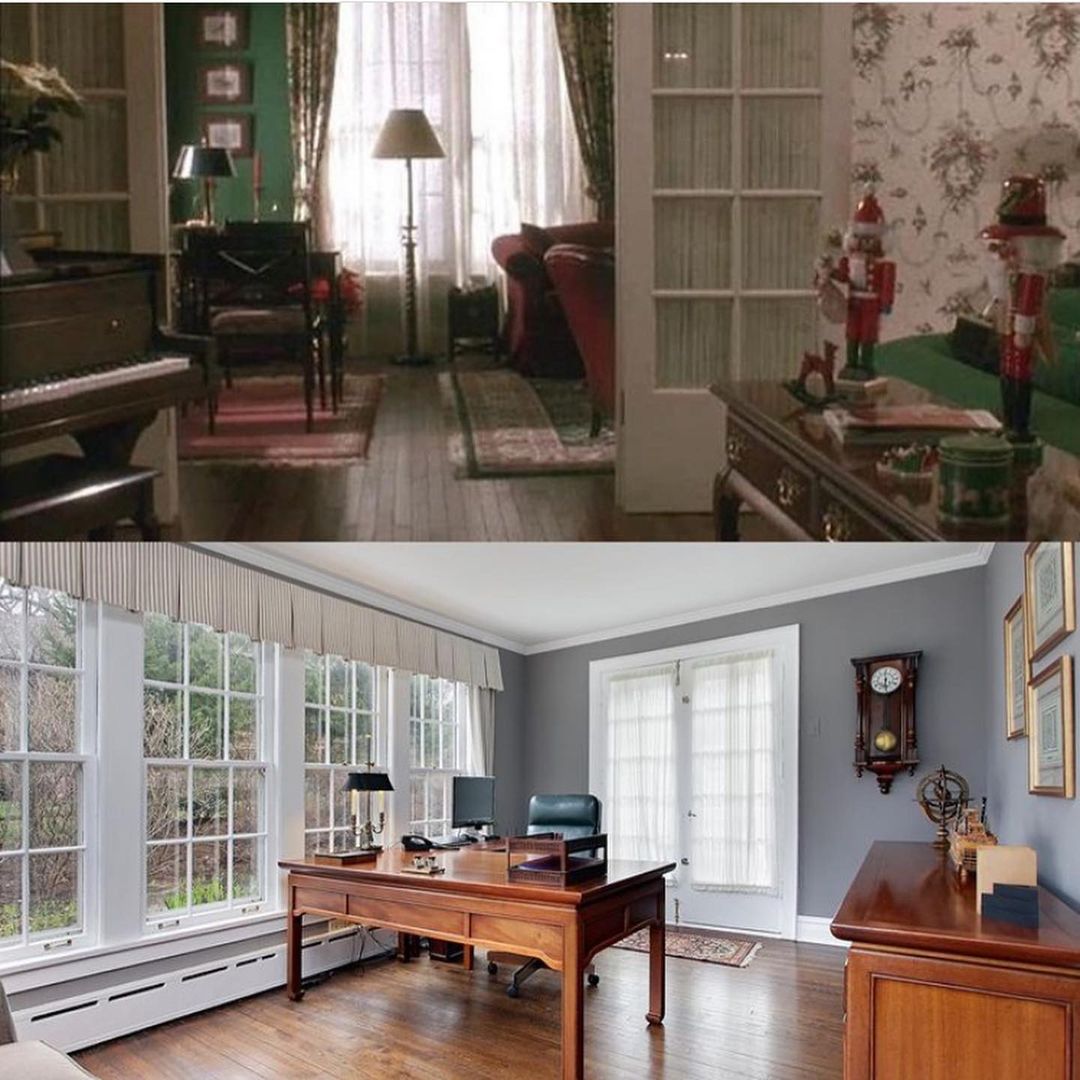 Finally, in place of the grand piano is a charming study with the double doors kept in.

Read more: Disney+ unveils display of the house from Home Alone made totally of gingerbread

This Georgian Kinsale home that’s right on the water is on the market for €4.9 million

Anna Delvey, a fake ‘heiress’ who scammed thousands of dollars during a stint in NYC has been taken into US...

Utility room ideas that will work for you, whether you’re still in the planning or dreaming stages, or trying to...

Remember drinking chilled Sauvignon Blanc by the pool? No, me neither but here is how you can pretend

Edaein O’Connell is determined to go on a sunny holiday this summer, sipping chilled wine poolside – even if it’s...

Originally from Antrim, Aimee Johnston had been working for Penguin Random House Ireland before taking on a dream opportunity to...

Chrissy Teigen has divided the internet once again with her take on what being part of “cancel club” is really...

Considered one of the finest historic homes in the country, Abby Leix Estate has just been bought by Irish billionaire...

Integrated and seamless storage might be the dream, but what do you do when that isn’t an option? It’s easy...