In the new issue of IMAGE Magazine, Irish author Megan Nolan writes about her shifting sense of home. Here, you can read an extract from Megan’s debut novel Acts of Desperation, which has quickly risen to the best-seller list since its release in early March.

At the end of May I asked Ciaran to come with me to a reading at a gallery some friends of mine were doing. He had met some of them before, in passing, or had known them slightly from openings. This was the first time we were arriving together to an event and behaving as a couple publicly. To my mind, we spent so much time together already that we functionally were a couple, whether or not we were named as such.

Ciaran was tetchy and stony-faced from the beginning. He hadn’t wanted to come, but had already arranged to see me that evening, and had no good reason to cancel. As we stood around chatting to people, he said nothing, and gazed over our heads as though disturbed by some presence invisible to the rest of us.

I caught several people exchanging quick glances that seemed to note his strange behaviour. I had seen him be quiet in company before, but never completely rude. I was embarrassed, and talked louder and faster to compensate. I held his hand gently, and when the conversation arrived at a publication he sometimes worked for, I turned and directed a question to him. He nodded very slightly and continued to look away, dropping his hand out of mine and putting it in his pocket.

During the readings his face was fixed in an almost comically extreme expression of disdain. I kept my eyes forward and hoped nobody else would notice. Once it was over I took him by the sleeve and dragged him outside so we wouldn’t get trapped talking to anyone else.

‘What are you doing?’ he said, shaking me off.

‘Why are you being so rude?’

I hated myself for being near tears, but I was. I had been looking forward to going there with him, introducing him to people, being seen with my beautiful, interesting boyfriend.

‘That reading was shit.’

He shook his head, fumbling for tobacco in his bag. Glancing up at me, he saw that I was going to cry. He clocked the tears and caught my eye, jutting his jaw and pursing his mouth in an exaggerated gesture of disgust that I would come to know very well and hate completely.

‘Of course it was shit!’ I said. ‘It’s just a stupid reading. It’s what you do, you go to things your friends do to be supportive, and you pretend they’re good even if they’re not.’

‘These people aren’t my friends. Just because you and I sleep together, it doesn’t make them my friends.’

I didn’t know how to respond to this. ‘Sleeping together’ was the least generous reading of what had been going on between us and could only have been intended to hurt me. I lowered my head and let myself cry, aware of people I knew looking at me from the gallery porch and whispering to each other.

‘No,’ I said, and feeling that I had no more energy to do whatever we were doing, I turned and walked towards home. 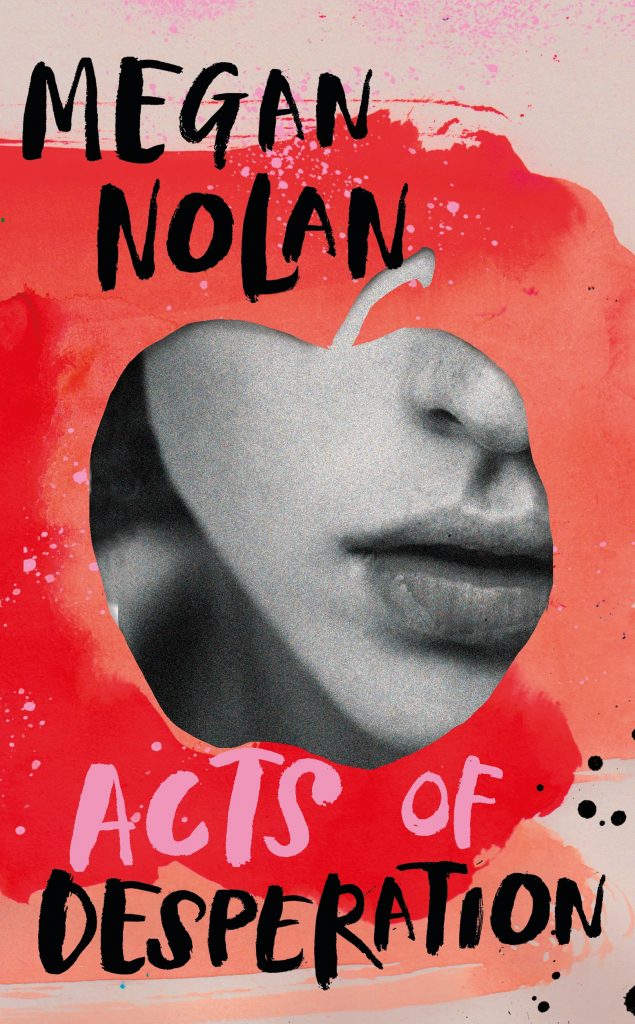 Extracted from Acts of Desperation by Megan Nolan (Jonathan Cape, approx €17), out now. Read Megan Nolan’s piece, “Home is where…?” in the Spring 2021 issue of IMAGE Magazine, out now.