When architect Patti O’Neill was struggling to sell her own little Limerick cottage, she decided to cast a cold architectural eye over the space and how it worked as a home. Focusing on reworking the disjointed ground floor living spaces from generations of renovations and extensions, resulting in a warm, inviting home. Patti has since introduced her new design philosophy of “healthy flowing homes” to her wider business and design clinics, making how a space flows the top priority for her clients. Here’s a look at how she did it.

“When I bought the house, it was a small 1840’s cottage attempting to be a modern bungalow with a converted attic space. But I could immediately see that beneath the plaster and render there was a beautiful cottage beneath. 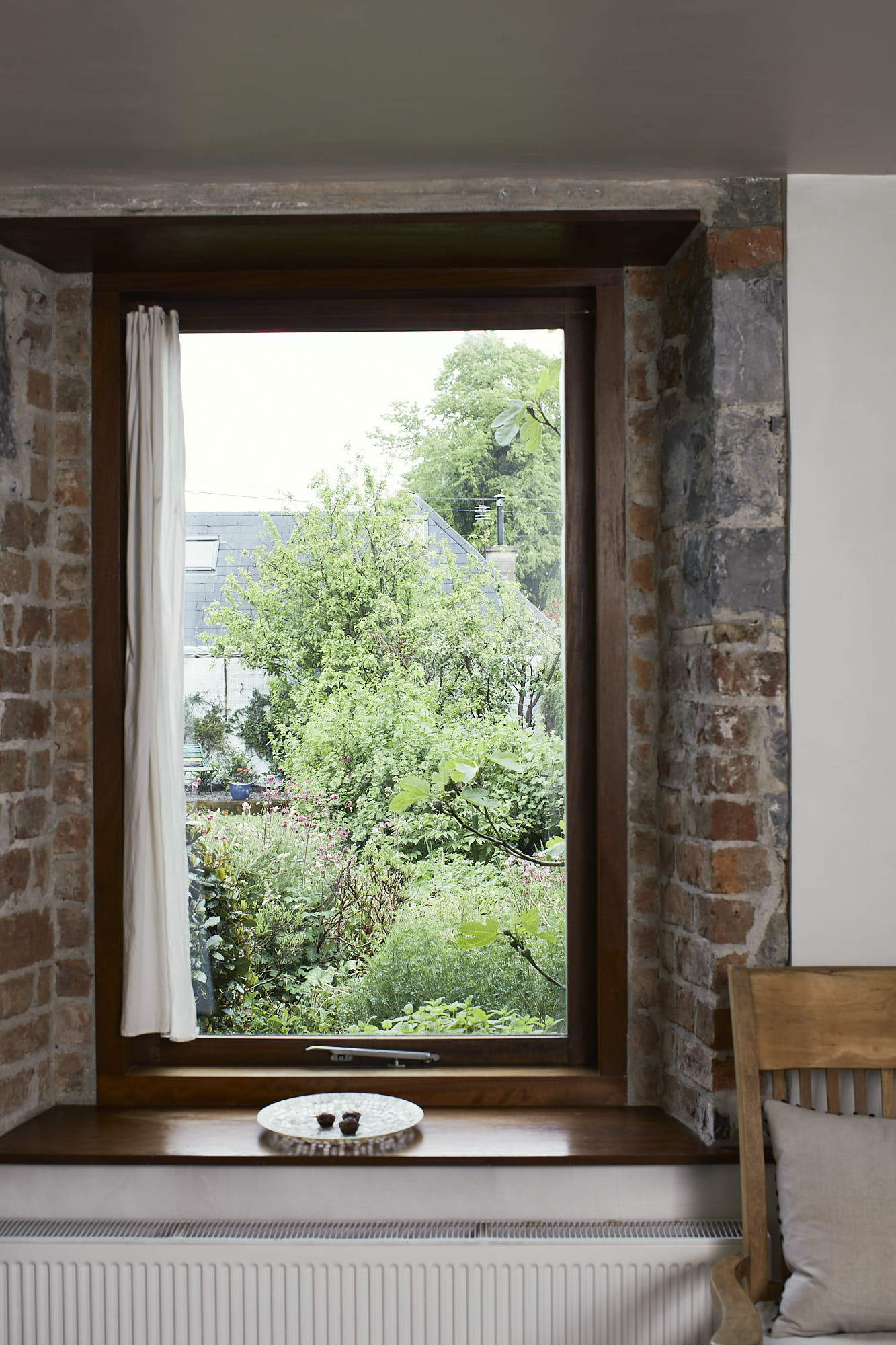 The first job was removing the cement render from the exterior of the house. It seemed like the house was suffocating under layers of cement. Removing it revealed the whitewash and original brickwork, which was just charming. Then the joints and pointing were fixed with lime mortar. 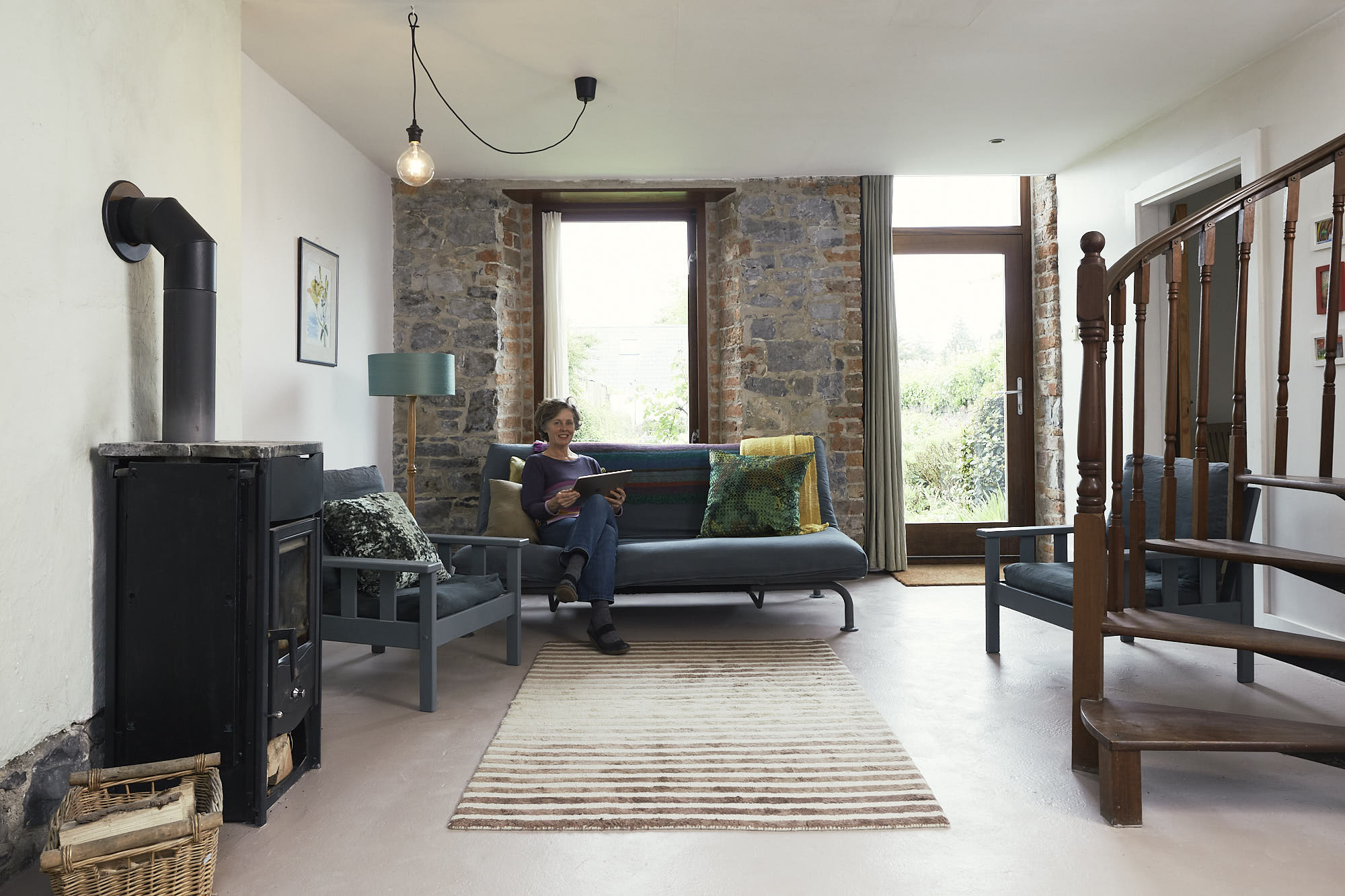 Next, I tackled the layout. An old cottage’s floor plan is higgled piggled at the best of times but even more so with this space. About a half a century ago, the house had been reversed, with a kitchen and bathroom extension added across the original front access, moving the front door to the side of the kitchen, while the bathroom opened directly into the kitchen space. The dining room, left where it had been originally, was also an impractical distance from the kitchen. 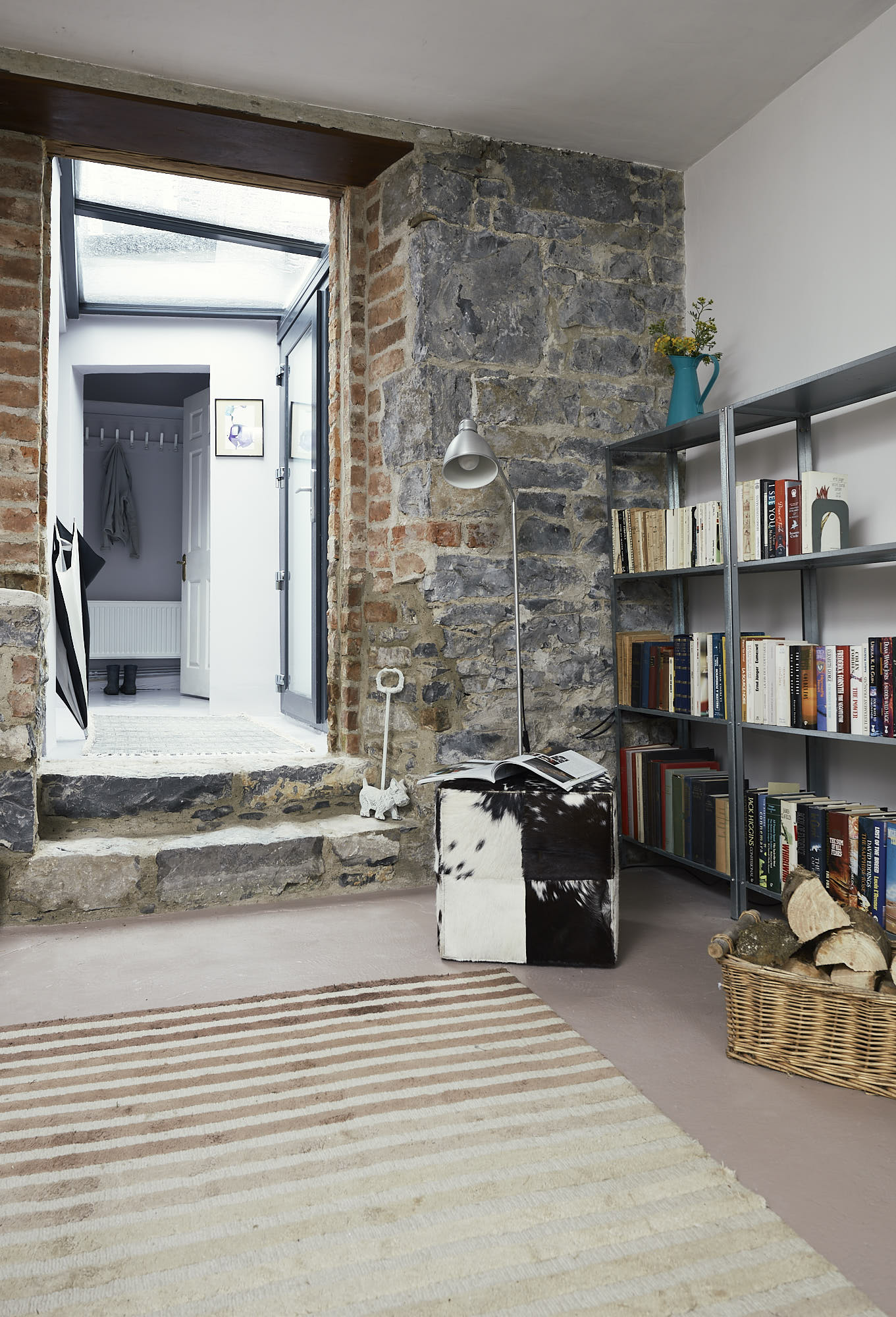 The new glass porch, added in front of where the main entrance had been, gives access to the living room and bathroom left and right, or straight on into the kitchen.

I decided to put a glass entrance porch onto the kitchen entrance that redirected traffic away from the kitchen and into the living space. The access to the bathroom was then moved to this new porch, allowing for some new cloakroom space too. This gave more space in the kitchen, so I could put in a dining table. I also reconfigured the living space, using timber-framing and plasterboard walls to create two separate living spaces. One joins with the new main entrance. The other is a slightly more private space. Both back onto the garden. 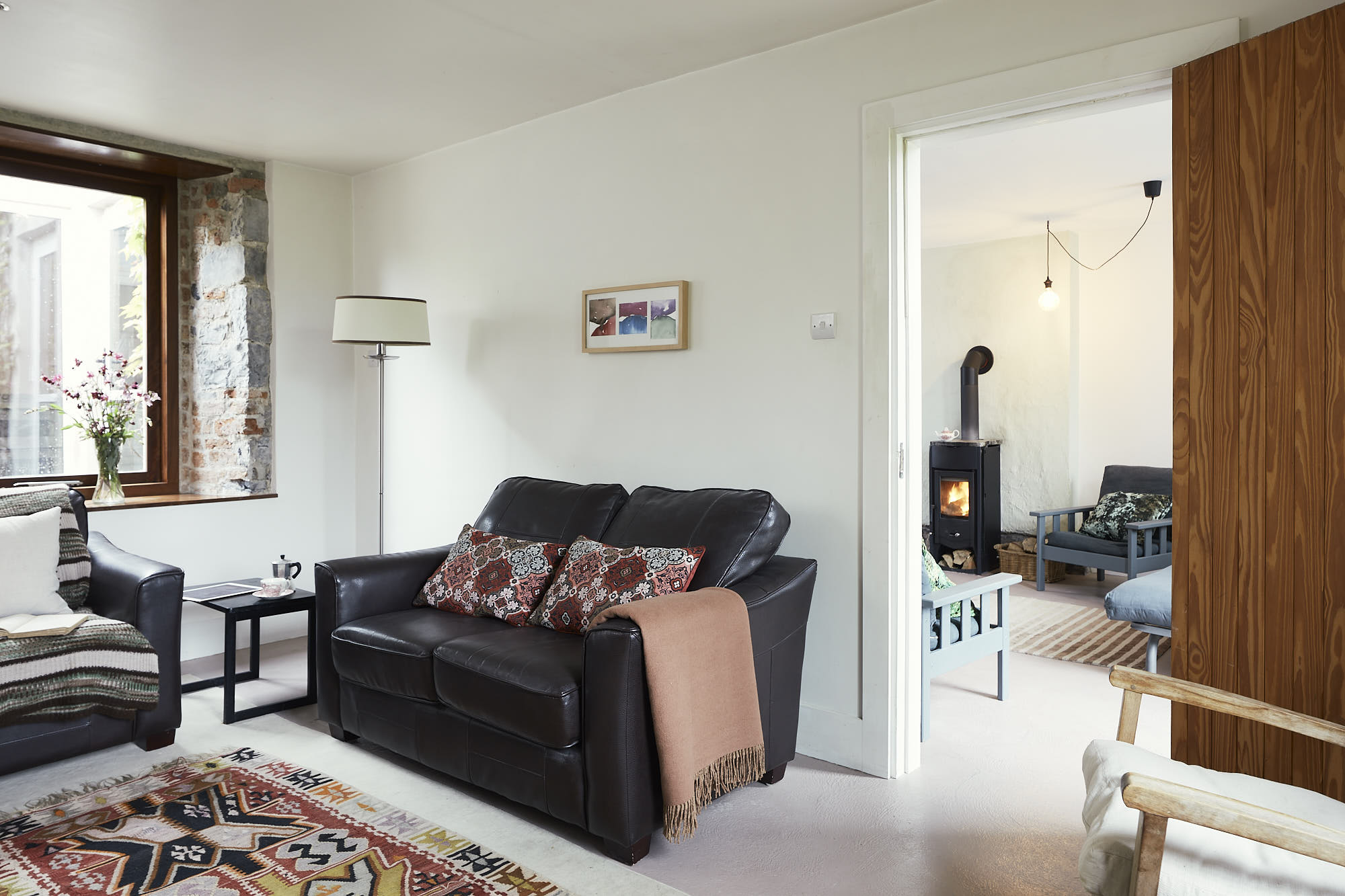 My aim was to do minimal works with maximum effect. The budget for the ground floor restructuring (not including the conservation work) was €10,000 and it has had a transformational impact on the space. I saved in some areas such as the floors. There was already a concrete floor underneath the carpet. I just removed the carpets and used floor paint over the screed, which looked good when contrasted with rugs. Another simple cost-effective tip is to paint the radiators, the one near the entrance is painted a mid-grey colour similar to the stonewall it is mounted on, in the kitchen the beige colour is used to paint the radiator and boiler, making them disappear and blend into the background. 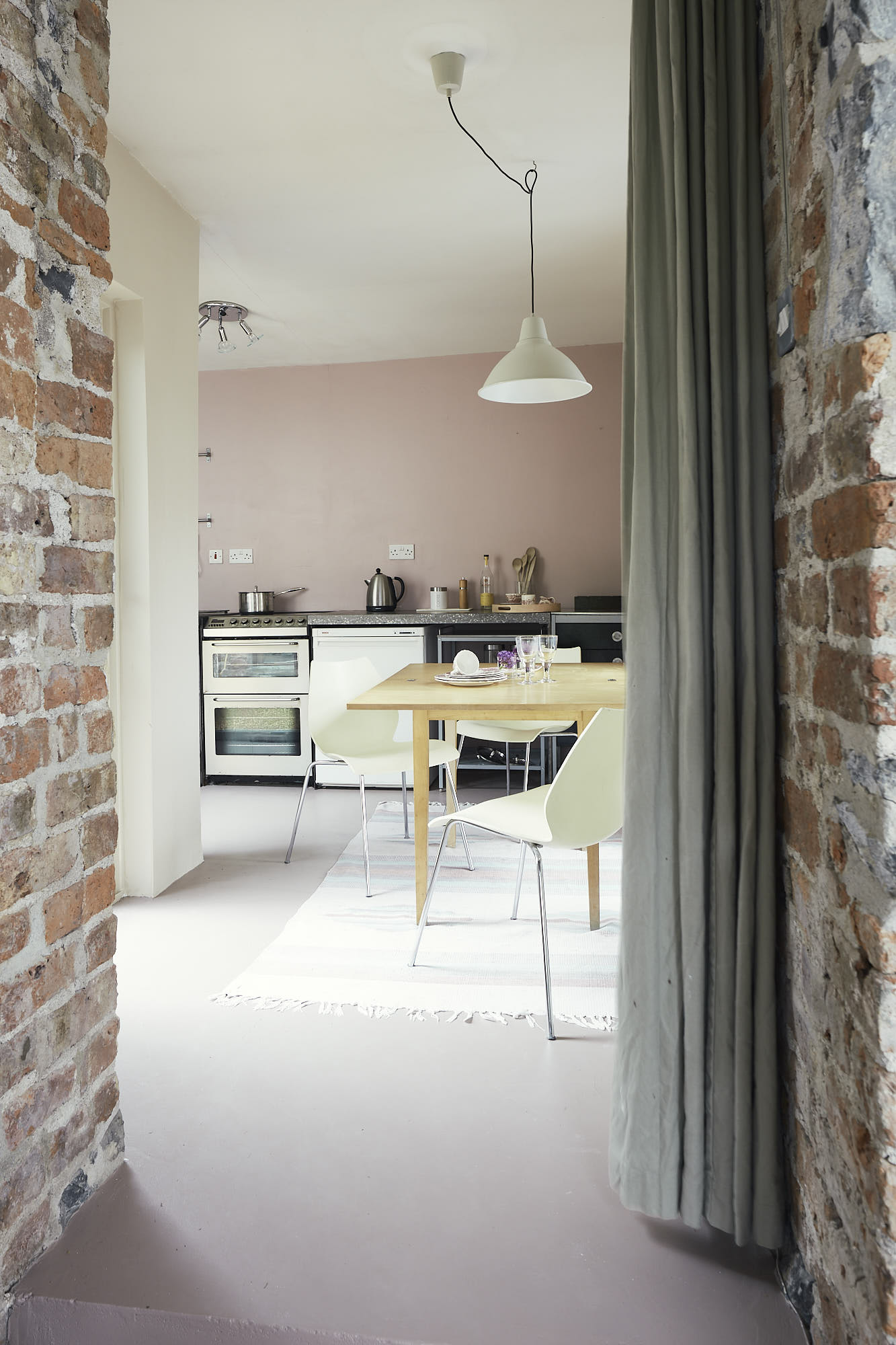 I then used a few pieces of modern furniture and warm paint colours on the walls to warm up the space. As the kitchen is in the north end of the house I used Lipsync from Dulux to give a hint of red tone warmth to the space.”

Starry nights: This is the perfect summer date night in Dublin