Looking for something to do with the kids? Try catching and cooking your breakfast

Running out of ideas for things to do with the kids this summer? Lizzie Gore-Grimes suggests you take the short drive to the North Antrim Coast for some seriously impressive fishing, food and fun.

In a change from the heatwave-heavy weather we’d become used to the sea air is fresh and cool as we step aboard the Causeway Lass at 5.45am on a Saturday morning in late July. Our guide Wendy raises her voice to be heard over the screeching of the gulls as she welcomes us on and tells us about our morning ahead.

Founder of Causeway Coast Foodie Tours, Wendy Gallagher teamed up two years ago with local fishermen Richard Connor and Charlie Adjey to launch Catch & Sea: a two-hour boat trip which takes guests out at sunrise to fish for their breakfast, with the resulting catch cooked up by local chef George Nelson of Babushka café.

As we chugg out to sea, Wendy talks enthusiastically about the surrounding coastline which being the north Antrim coast is every bit as dramatic as Game of Thrones would lead you to believe. Looming rocky cliffs of dramatic dark basalt and white chalk tower over the crashing waves beneath. Wendy points out the remains of Dunluce Castle which hangs precariously close to the cliff edge and the spectacular Mermaid’s Cave cavern 25 metres below. The kids love listening to Wendy regale the local legend that the castle’s final aristocratic resident, the Earl of Antrim’s wife, was so horrified when her kitchen fell into the sea, that they abandoned the castle that very night. 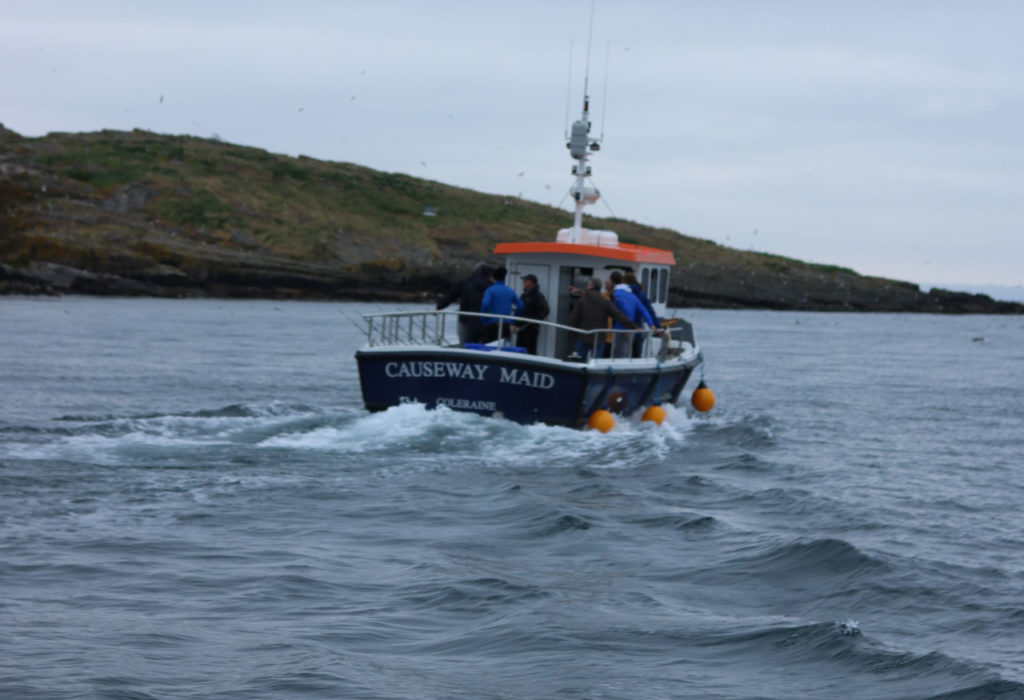 Now it’s time to fish. Skipper drops anchor by the rocky outcrop of the Skerries islands and we each take a rod. Richard’s intro to mackerel fishing takes all of two minutes. He demos how to use your thumb to gently guide the line’s release into the sea, once it slackens you’ve hit the sea bed and you slowly wind the line back up. Then it’s a relaxed pause and repeat until you feel that pulse-quickening “pull’ and you’ve caught something.

It doesn’t take long before the younger members of our team are whooping, with catches of one, two and even three fish at a time on various lines. We even catch a dogfish – a funny looking mini member of the shark family, but we release him back in.

Once moored back at the harbour, skippers Richard and Charlie show us how to clean and fillet the fish before we walk our haul over to George – chef/owner of Babushka – a tiny portacabin-sized café overlooking Portrush beach that serves some of the best coffee and locally sourced artisan food on the coast.

George and his team then proceed to serve us the most beautifully presented plate of pan-fried mackerel, served on Ursa Minor sourdough bread, with crispy shards of Broughgammon Farm goat bacon, a softly poached Ballycastle egg and a drizzle of Broighter Gold rapeseed oil, it’s hard to think of a more inspiring way to start your day, and it’s still only 8.30am. The sun is starting to burn through the clouds and the day stretches out ahead. Plenty of time for a quick dip in the sea before we head off to explore the coast. 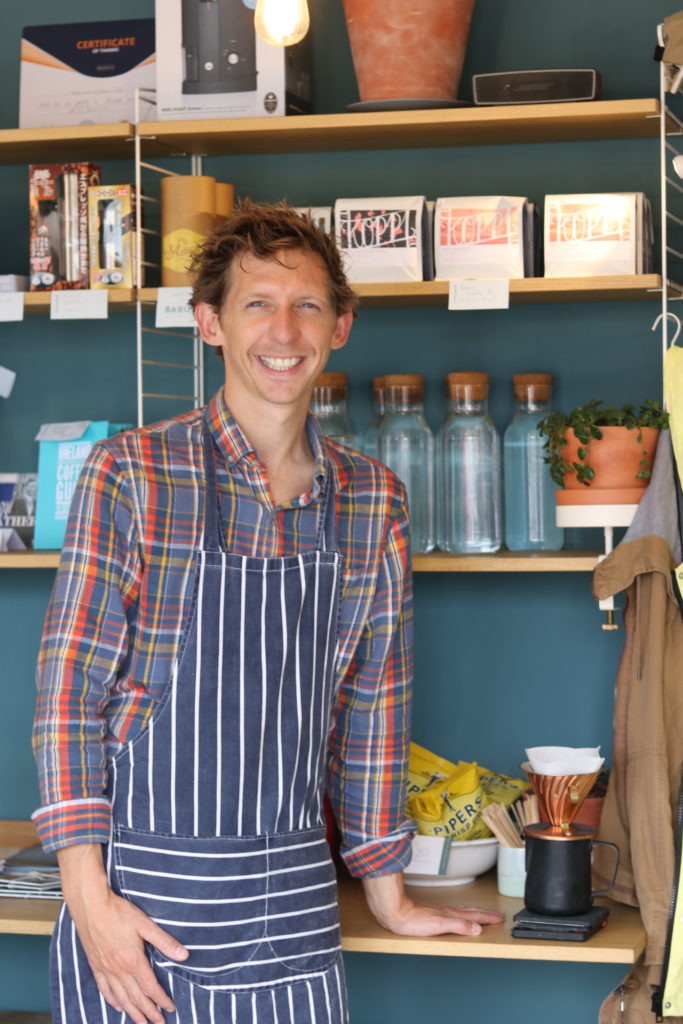 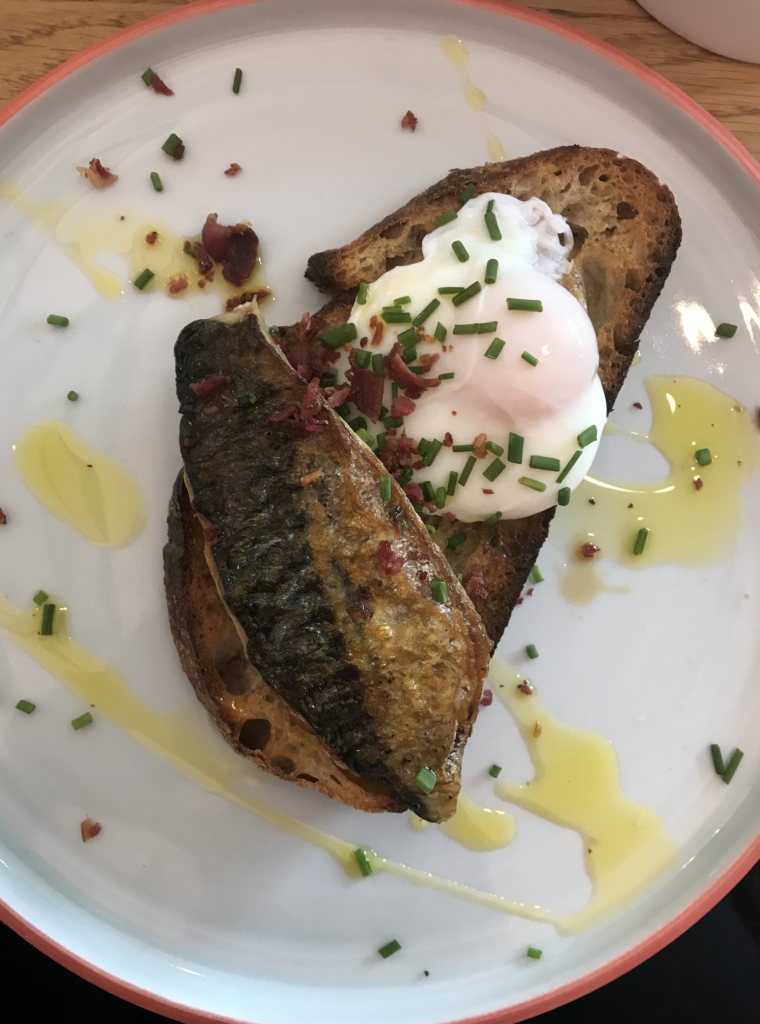 For more coastal fun with the kids

Perfect for younger kids, Northern Ireland’s first beach school programme offers a variety of fun coastal activities for kids to encourage them to explore, protect and appreciate their native coastline and its wildlife. Activities include rock pooling, beach art, pirate quests and scavenger hunts with a series of one-hour sessions running regularly throughout July and August. Email [email protected] or find them on Facebook at Beach Schools NI for more info.

If cliff jumping, bouldering, climbing and using the rugged coastline as an adventure playground sounds good to you, you’ll love coasteering. But if you prefer something a bit more low-key Matt and his team will create the perfect outing to suit your group, age and skill level. For many the opportunity to explore the beautiful shallow coastal caves, hidden coves and little islands around the Antrim coast is the ultimate highlight. See causewaycoasteering.com

As the name suggests Harry’s is a pretty casual spot, perched in prime position overlooking the pristine expanse of Portstewart Strand with its shortbread-biscuit-coloured stretch of beach. Harry’s is queue-out-the-door busy during the summer so make sure to book. The location is a big draw but it’s the stellar standard of cooking that has them flocking back. Owners Donal Doherty and chef Derek Creagh supply much of the produce from their own two-acre farm nearby. +44 28 7083 1783.

In the height of summer best to time your visit early morning or late afternoon to miss the masses. You don’t need to spend hours here but it’s well worth a visit. The kids loved scrambling over the extraordinary hexagonal columns of ancient rock and we were all equally moved by the otherworldliness of the place. Additional popular and impressive places to visit locally include the famous Carrick-a-Rede Rope Bridge in Ballycastle and the cinematic Dark Hedges in Ballymoney.

We stayed in the Portrush Atlantic Hotel, very conveniently located in the centre of Portrush town with lovely views out to sea. portrushatlantic.com

Explainer: All the drama behind vaccine blunders and the Brexit row over Irish border

Halloween activities for kids now they can’t trick or treat

In London, ‘Irishness’ is often still condensed into a few quick stereotypes

Finn McRedmond reflects on the long-held refusal of some in London to acknowledge Ireland as a modern, diverse, culturally complicated nation

The reality of a decade of IVF: ‘I felt like a little light had gone out in me’

Lisa spent her thirties undergoing relentless fertility treatments in an...

This Monkstown home that looks out to the sea is on the market for €3.2 million

Looking out to the Martello Tower at Seapoint, this beautiful...

7 of the most iconic character exits in TV history

From classy cocktails to popular performances, here’s everything you need...

Social media in a pandemic: Our need for approval is in overdrive and it’s not healthy