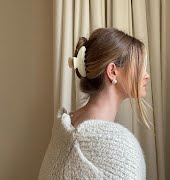 As a streaming service, NowTv can get left behind with all the talk of Netflix, but with the recent addition of Sky Documentaries, it gives its competitor a fair run. Here are eight to start with as we go into a new week

I Am Jackie O

Jackie Kennedy Onassis was the most famous woman in the world and universally admired. Always slightly guarded, she was considered fascinating and enigmatic. This compelling film provides a definitive exploration of her life, from iconic first lady to widow and fashion icon. With archival footage, interviews featuring Jackie, and those input from those closest to her, we get a thorough glimpse into the woman behind the headlines. It’s a fascinating watch.

What can be said about the icon that is Tina Turner that hasn’t been said already? It turns out, a whole lot, and this time from the star herself. Charting her improbable rise to early fame, and the personal and professional struggles endured throughout her life, she gives a firsthand account of it all, right up until her resurgence as a global phenomenon in the 1980s – and an artist in her own right. A must-see.

Possibly the fashion documentary that created a whole genre. Filmmaker RJ Cutlers was given unprecedented access as he chronicled US Vogue editor-in-chief Anna Wintour and her creative director Grace Coddington’s journey putting together the iconic September issue of the publication. All eyes are on Wintour, but it’s Coddington who steals every scene. Look out for an appearance by now British Vogue editor Edward Enninful, who panics when trying to put a shoot together.

There’s so much hype behind her name. So much written in the press. This four-part documentary provides an in-depth, intimate first look at the former first lady and secretary of state, right up to her 2016 presidential election campaign. You’re talking 35 hours of interview footage with one of the most divisive women in US politics.

It covers everything you’d expect: her upbringing as the child of staunch Republican Methodist parents, her academic brilliance, the influence of second-wave feminism, her professional success as a lawyer and her marriage (and its subsequent scandal). It feels a little too censored overall, but it is an essential look at how it all could have been so different for us, for the world, if only.

King In The Wilderness

This timely documentary commemorating the 50th anniversary of Martin Luther King’s death sees his friends and co-workers paint a picture of what he was like as a person, and covers his various remarkable life achievements, including the 1964 Civil Rights Act, the Poor People’s Campaign, as well as the events leading up to his death in 1968. A fascinating and personal retrospective.

The Inventor: Out For Blood

As gripping as the Fyre Festival failure comes the rather unbelievable tale of Elizabeth Holmes, founder of a new invention that promised to revolutionise blood testing. She became the world’s youngest self-made billionaire, heralded as the next Steve Jobs. She secured millions of investors capital without ever showing the world the details of her invention. Then, just two years later, her multibillion-dollar dream company came crashing down. Engrossing..

At the Heart Of Gold: Inside the USA Gymnastics Scandal

Erin Lee Carr (director of I Love You, Now Die)’s upsetting and infuriating documentary recounts the horrifying reign of sexual abuse terror perpetrated by USA Gymnastics doctor Larry Nassar. He was the wolf in sheep’s clothing who exploited the trust of young girls.

A sports doctor at Michigan State U and with USA Gymnastics’ national team, he was was publicly outed in 2016 by former gymnast Rachael Denhollander as a sexual predator. In the months that followed, hundreds of athletes came forward to share their powerful testimonies. Raw, unflinching and a must-watch.

All documentaries are available to stream now on NowTv/Sky Atlantic