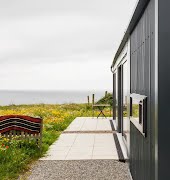 The impressive, Irish innovators leading the way in sustainable fashion

Christmas is a time for catching up with friends and family and relaxing by the fire. At this time of year opening your book of choice can also evoke powerful memories from childhood. When it comes to choosing a festive classic — either to visit again or to experience for the first time — it can be tricky as there are so many great titles available, but we’ve chosen 13 of our favourites, perfect for blissfully curling up with.

1. The Snowman By Raymond Briggs

Everyone is familiar with the TV special of the same name and its mesmerising score, but it all started with Briggs’ beautifully illustrated book. This book is all pictures and no words but would be ideal for that special little person in your life this Christmas.

2. A Christmas Carol By Charles Dickens

This festive favourite surely had a place on everyone’s bookshelf at one point or another and has lost none of its charms since its original publication way back in 1843. Ebeneezer Scrooge’s literary villainy is world-famous — pretty impressive for a man who actively despises Christmas!

3. The Lion, The Witch And The Wardrobe By C.S Lewis

Lucy’s found a portal to the mythical land of Narnia in the spare bedroom, and once she enters, she begins a truly magical journey.

The man obsessed with that mystical ring also wrote a cracking set of Christmas short stories.

This was the short story that inspired the film It’s A Wonderful Life, and it certainly isn’t full of whimsical joy. George Pratt (the names etc differ from the film version) wishes he’d never been born but a look back at his life and loved ones without him sees our main character have a drastic change of heart. It may sound grim, but the ending makes it all worthwhile.

Quite possibly one of the greatest Christmas stories ever written, this is a novelisation of the original 1947 film, Miracle on 34th Street, in which a young girl sets out to save Santa Claus from an array of non-believers.

7. Little Women By Louisa May Alcott

The novel follows the lives of four sisters Meg, Jo, Beth, and Amy March, detailing their passage from childhood to womanhood, and for those that don’t know, is loosely based on the author and her three sisters. The nineties film adaptation (starring Winona Ryder in one of her finest roles), has also rightfully earned its classic status, but the book is the star and remains so for a very good reason. Greta Gerwig’s new film adaptation will be released later this month, too.

8. The Nutcracker By E.T.A. Hoffman

“Snow was falling gently on the streets, and people were hurrying home, their arms filled with gaily wrapped boxes and paper parcels from toy stores, candy shops and bakeries.” So begins the story of The Nutcracker and with it the dreams of thousands of ballerinas and the story that inspired the famous ballet production by Tchaikovsky.

Santa’s beloved Rudolph is out sick, and Mr Claus is full of despair until Rover comes along in a bid to save the day…

Winner of the Caldecott Medal in 1986, this modern classic is perfect for adults and children. Billy is glum as his family don’t believe in Christmas and just as he’s starting to doubt its existence, he stumbles upon a mysterious train that changes everything. Trivia: There is also an audio version available, read by none other than Liam Neeson. The film adaptation is also magical and a must-see.

12. How the Grinch Stole Christmas By Dr. Seuss

This classic sees the scheming Grinch get his just desserts after he attempts to steal the joy of Christmas from all around him. His heart is two sizes too small but not for long.

This is one of this writer’s all-time favourite books. It’s incredibly sad, but so, so good. The Little Match Girl faces a Christmas freezing on the streets or a treacherous experience at home. She chooses to remain outdoors and upon lighting a match to keep warm, has wonderful visions of the one person who truly loved her, her grandmother.

This is based on the TV special of the same name and is a great stocking filler for your younger brood. Charlie’s on a mission to find the real meaning of Christmas, and he’ll do this with the help of a real tree, not the fake one that Lucy suggested.

Read more: The children’s books to buy this Christmas for kids of all ages and interests

Read more: 5 Irish childrenswear designers that should be on your Christmas list

‘Cooking is a great way to unwind’: Rozanna Purcell shares her favourite recipes for this year’s innocent dairy-free cook off

Prince William states the royal family are “not a racist family”

"We're very much not a racist family."

WATCH: Everyone is talking about Timothée Chalamet paying homage to Edward Scissorhands

Setting up or settling into a new home office? Here...

Is polished concrete a good idea for a kitchen?

There seem to be so many rumours about polished concrete...