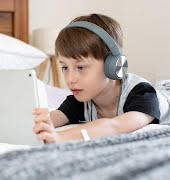 Ahead of the final season, the cast of Orange is the New Black has come together to sing an emotional rendition of the show’s famous theme tune. Watch the video in full below…

Orange is the New Black, the hit Netflix Original series, is coming to an end this summer. Its seventh and final season is predicted to be an emotional goodbye, and the cast is honouring it with a new music video.

Key cast members (including Taylor Schilling, Natasha Lyonne, Kate Mulgrew and Uzo Aduba, to name but a few), sing a rendition of the famous theme tune by Regina Spektor.

The song, called You’ve Got Time, is done differently this time; which is a nod to its famous lyrics, “Everything is different, The second time around…”

Uzo Aduba, who plays the role of Suzanne Warren (otherwise known as Crazy Eyes) kicks off the song by singing acapella (without music) before her cast-mates join in.

This version is slow and sombre in comparison to Spektor’s original. What’s more, its accompanying video emphasises the high-emotion of the final season. We see the women walking through the set; showing the behind-the-scenes coffee station, costume rail and camera set-up.

We see the women as themselves, rather than their characters, taking in their surroundings for the final time.

Watch the video in full below:

The final season of Orange is the New Black is available on Netflix from July 26.