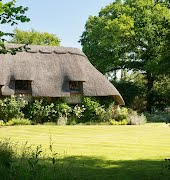 See all the red carpet photos from the Universal Pictures Irish premiere of Downton Abbey, which took place at the Stella Theatre

The Irish premiere of the new Downton Abbey movie took place in Dublin on Wednesday night.

The film by Universal Pictures follows on from the hit ITV show Downton Abbey and stars the original, all-star cast. Maggie Smith, Michelle Dockery and Hugh Bonneville are just some of the leading actors in the movie. Allen Leech, the Irish actor behind the character of Tom Branson, also returns for the grand motion picture.

It comes almost four years after the final episode aired on television, and is written by the show’s creator, Julian Fellowes.

Many guests arrived in classic 1920s-style glamour, with Anne Learmont, Rachel Pilkington and Aoibhín Garrihy pulling out all the stops. See all of the red carpet photos, as taken by photographer Andres Poveda, above; or watch the official movie trailer below.

Downton Abbey releases in cinemas across Ireland from this Friday, September 13.