Fans of Downton Abbey have been calling for a reboot of the period drama since it first came to an end in December 2015. The upstairs/downstairs series, which followed the lives of the Crawley family and their servants, had six successful seasons on ITV; though viewers felt it wasn’t enough.

Earlier this year, the show’s creator and director, Julian Fellowes, confirmed he was taking Downton Abbey to the big screen, with almost all of the original cast reprising their roles. Michelle Dockery, Hugh Bonneville, Maggie Smith, Laura Carmichael, Elizabeth McGovern, Joanne Froggatt and Allen Leech are among the stars returning. 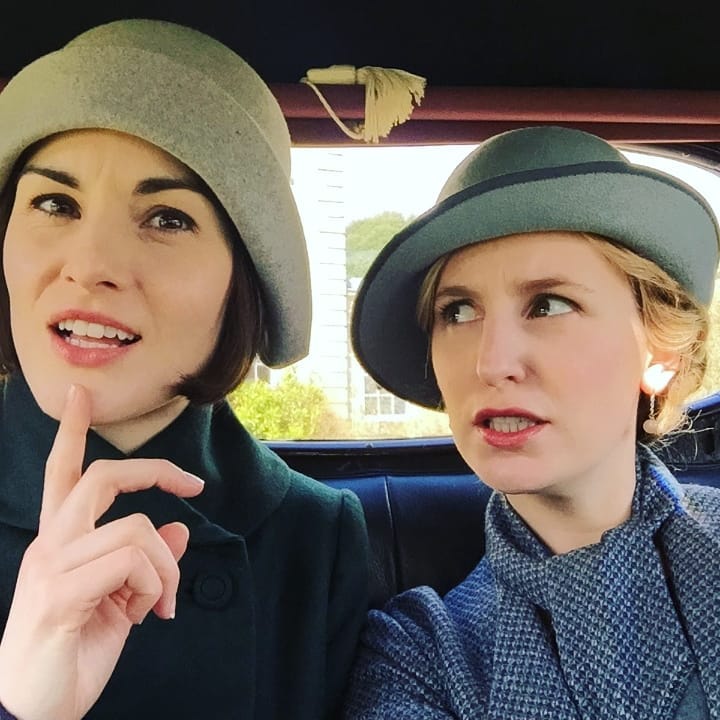 Production company Focus Features has taken on the project, with chairman Peter Kujawski revealing the movie will be in cinemas on 13th September 2019. He said, “Since the series ended, fans of Downton have long been waiting for the Crawley family’s next chapter.

“We’re thrilled to join this incredible group of filmmakers, actors and craftspeople, led by Julian Fellowes and Gareth Neame, in bringing back the world of Downton to the big screen next September.” 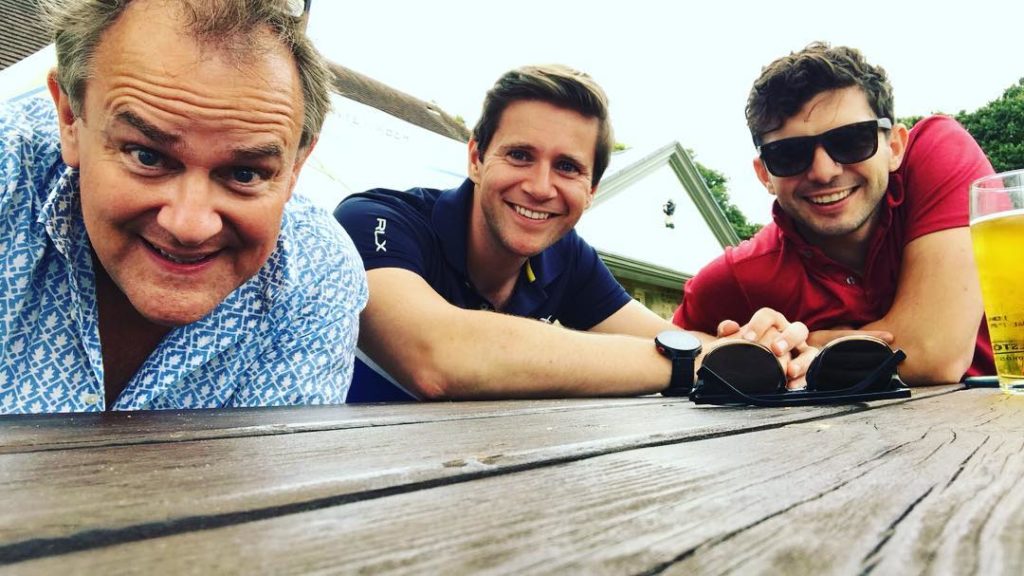 Production began during the summer and is still ongoing today; with many cast members sharing behind-the-scenes photos on their social media accounts.

Hugh Bonneville, who plays the Earl of Grantham Robert Crawley, is particularly active on Instagram; sharing pictures of himself with his onscreen wife, grandchildren and staff. The caption beneath his photo with the children read, “It’s Grandpa time at Donk’s crèche… with Eva and Karina Samms who play Marigold; Fifi Hart (Sybbie) and Zac and Oliver Barker (George).” 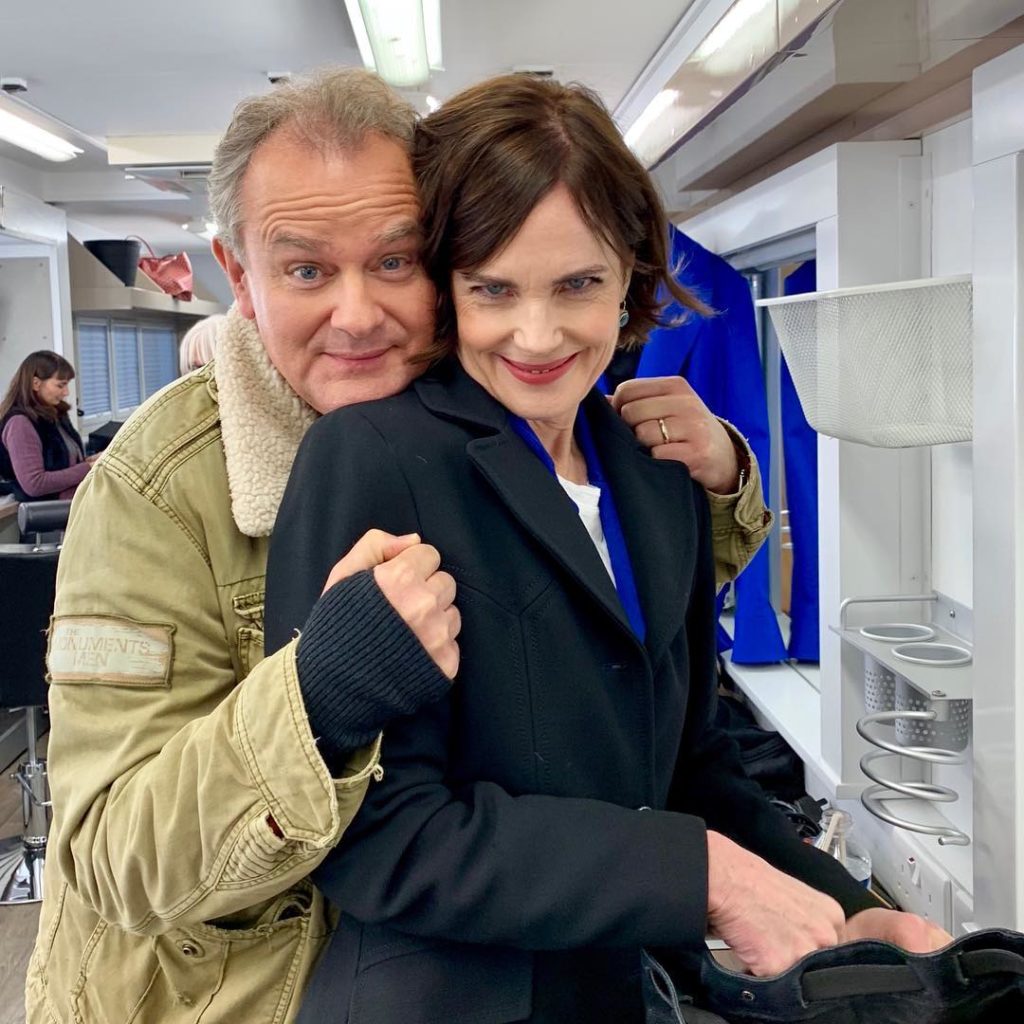 The exact plot and storylines of the film are being kept secret, though it’s believed it will pick up shortly after the television series left off. Without giving too much away, Irish actor Allen Leech (who plays Tom) admitted the plot is a tearjerker. Speaking to Vanity Fair he said, “It’s Julian [speaking of the Academy Award-winning director] — you’re going to have tears. He’s never too saccharine-sweet, so be prepared for everything.

“It’s a big, epic story that’s definitely going to fill the big screen. That was our worry about taking the show from the small screen to the big screen. But you have Julian Fellowes, who won an Oscar for writing, and he’s done a great job with the story.” 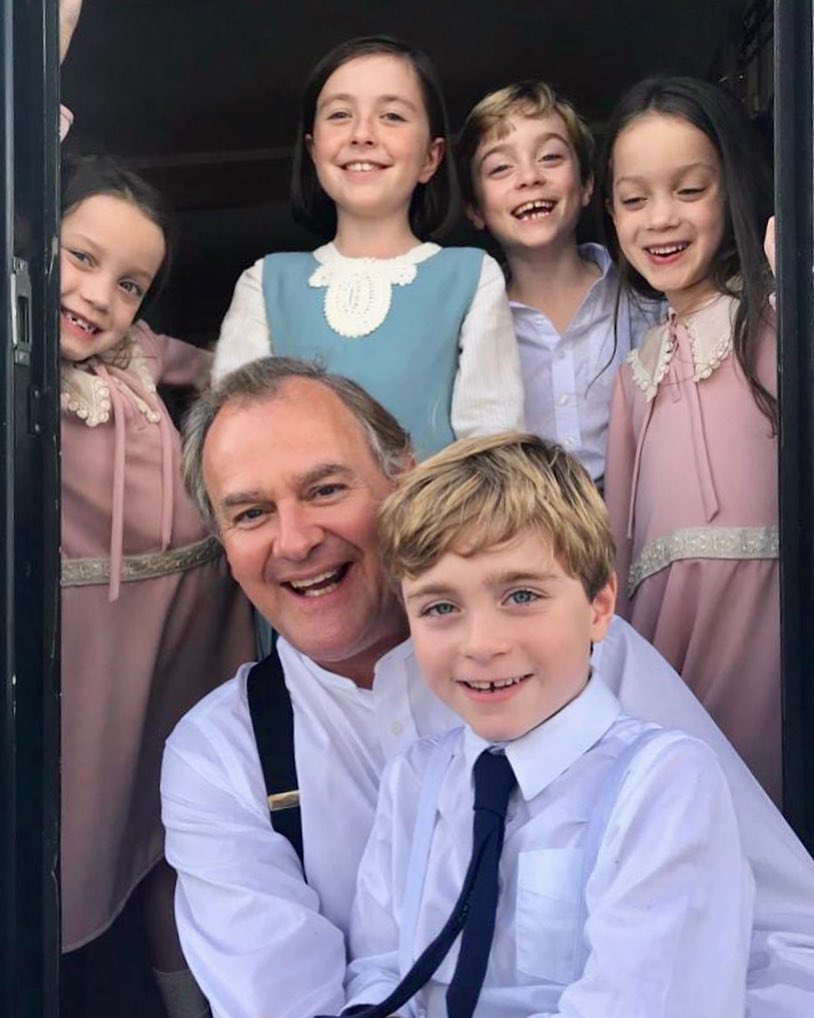 Allen added, “I was very surprised about the angle that Julian went with. But then again, I was also amazed that he managed to get the entire 22-[member] cast to have their own story within the contained two-hour movie.” Sounds to us like it’s going to be jam-packed. 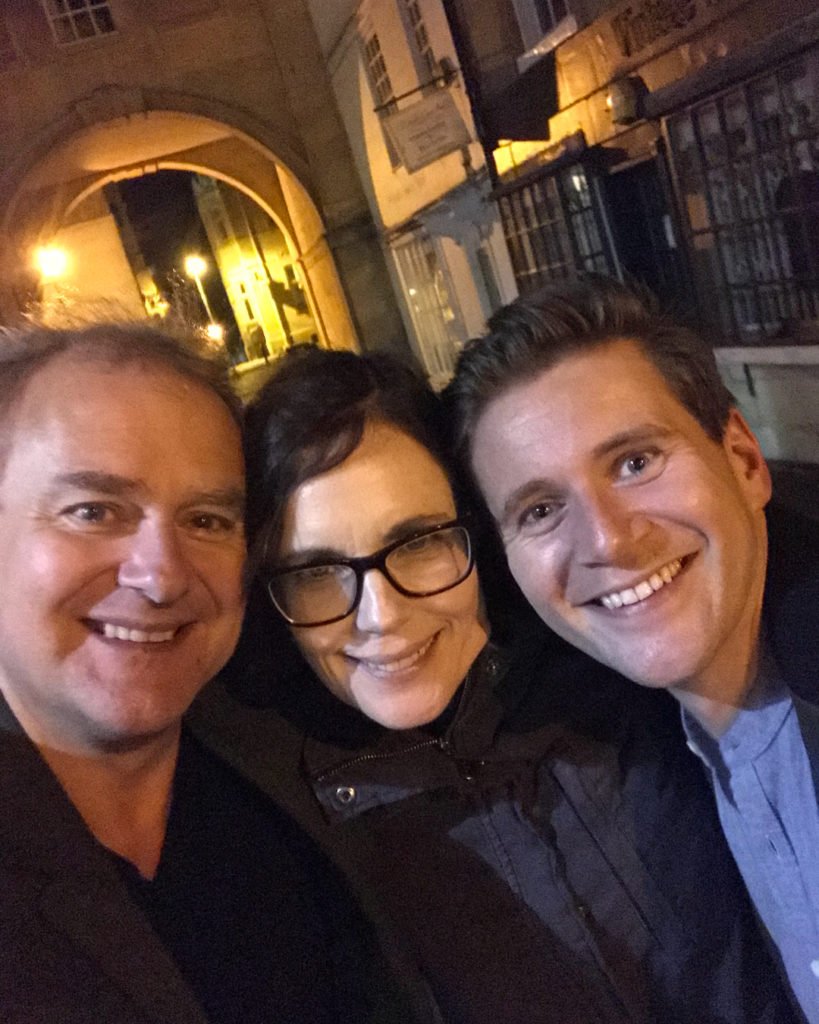 As for life on set, the atmosphere seems to be fun and supportive. Michelle Dockery, who plays Lady Mary, posted this photo of the cast and crew wearing matching t-shirts. The caption read, “The Downton Abbey cast and crew last week at Highclere Castle wearing t-shirts to support the Mark Milsome Foundation.

“Mark was a cameraman much loved across the film and television industry; from Downton Abbey to Quantum of Solace. Mark tragically lost his life while filming a stunt in Ghana almost a year ago. This foundation has been set up in his name to support newcomers making a start behind the camera. On the anniversary of his death next month, film crews around the world are encouraged to buy and wear these t-shirts, to raise money for the next generations.

“He was an amazingly kind and warm man, who made such an impression on everyone he met. So if you are in the industry, please spread the word. And even if you aren’t, have a look at the website. It’s an inspiring thing.” 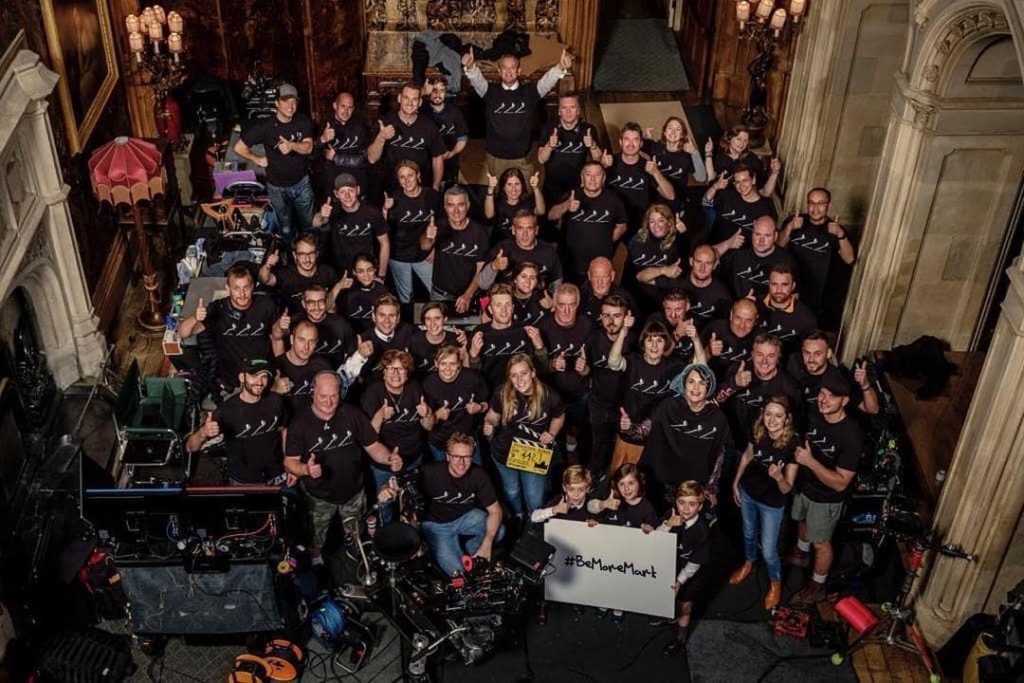 Downton Abbey will hit the big screen on 13th September 2019.