Music for a Sushi Restaurant

Playing dress up this year? Here are some (relatively) easy moments from 2022 that you can recreate this Halloween.

Look, we’ve all been there. Halloween weekend has rolled around all too quickly and we’re fresh out of costume inspiration. Rather than popping a bit of blood in the corner of our mouths and calling ourselves vampires, or reaching for our trusty set of cat ears, this year has served up an abundance of pop culture moments that are just waiting to be recreated.

Whether you’ve got a themed Halloween party coming up you want to steal the show at, or you want to look the part when answering the door to Trick or Treaters, we’ve rounded up some options that can be replicated with minimal ease.

From the spooky and scary to the instantly recognisable and genuinely re-wearable, here are some Halloween costume ideas for 2022…

Half Harry Styles, half octopus

Mer-man? Octo-Styles? Whatever you want to call the strangely attractive part pop sensation, part sea creature from Harry Styles’ ‘Music For a Sushi Restaurant’ music video, it’s come just in time for a last minute Halloween costume option. If you don’t have time to source those incredibly lifelike tentacles, the lazy girl option would include a maxi skirt of some description, the more iridescent the better. From there, you’ll just need a crown (we’ve all got one lying around, surely?), layers upon layers of shell necklaces, and some under-eye patches. Simple, yet effective.

It is our duty, as citizens of the world, to make the drama of the Don’t Worry Darling press tour exist in our universal consciousness forever. One novel way to do just that is by recreating an incredibly unbothered Florence Pugh at the Venice Film Festival premiere. Piece together an all purple look, grab some sunnies — but do not even think about leaving the house without an Aperol Spritz in hand. You could also opt for Chris Pine and his disposable camera, the options are endless.

Looking for a costume for a friendship trio? The Sanderson sisters are firmly back at the front of our minds this year with the release of Hocus Pocus 2, so light up that black flame candle and hop on your broomsticks!

Harry Styles and his bag of cans 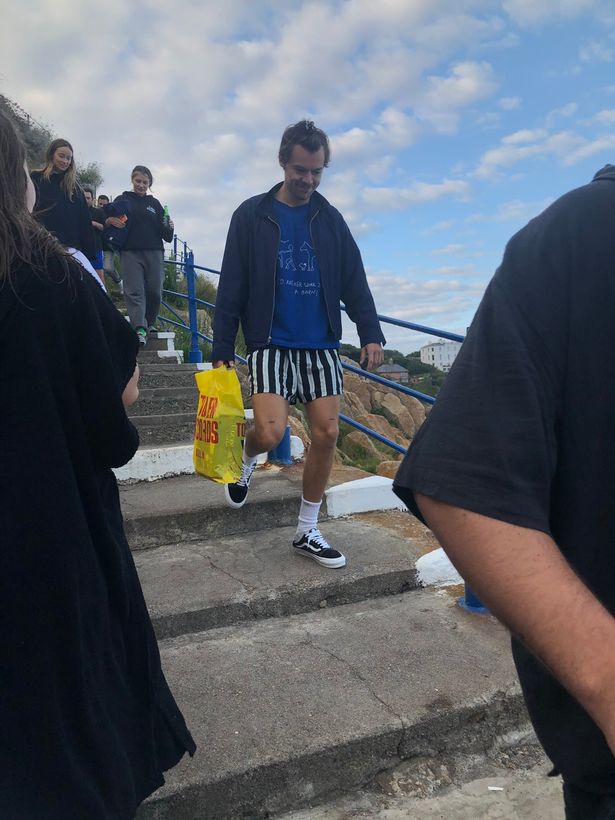 While Harry Styles is known for many other much more elaborate looks — and the Love on Tour attendees made their very own niche clothing genre this year — his visit to the Vico Baths really stands out to me personally. You just need to pop into Tower Record for a bag and pick up some cans of Guinness and you’re half way there!

Personally, Julia Fox defined 2022. Giving new meaning to low-rise double denim, creating her own eyeliner look (yeah, she did it herself), and being everyone’s muse — we urge you to pay tribute to this incredibly worthy icon. 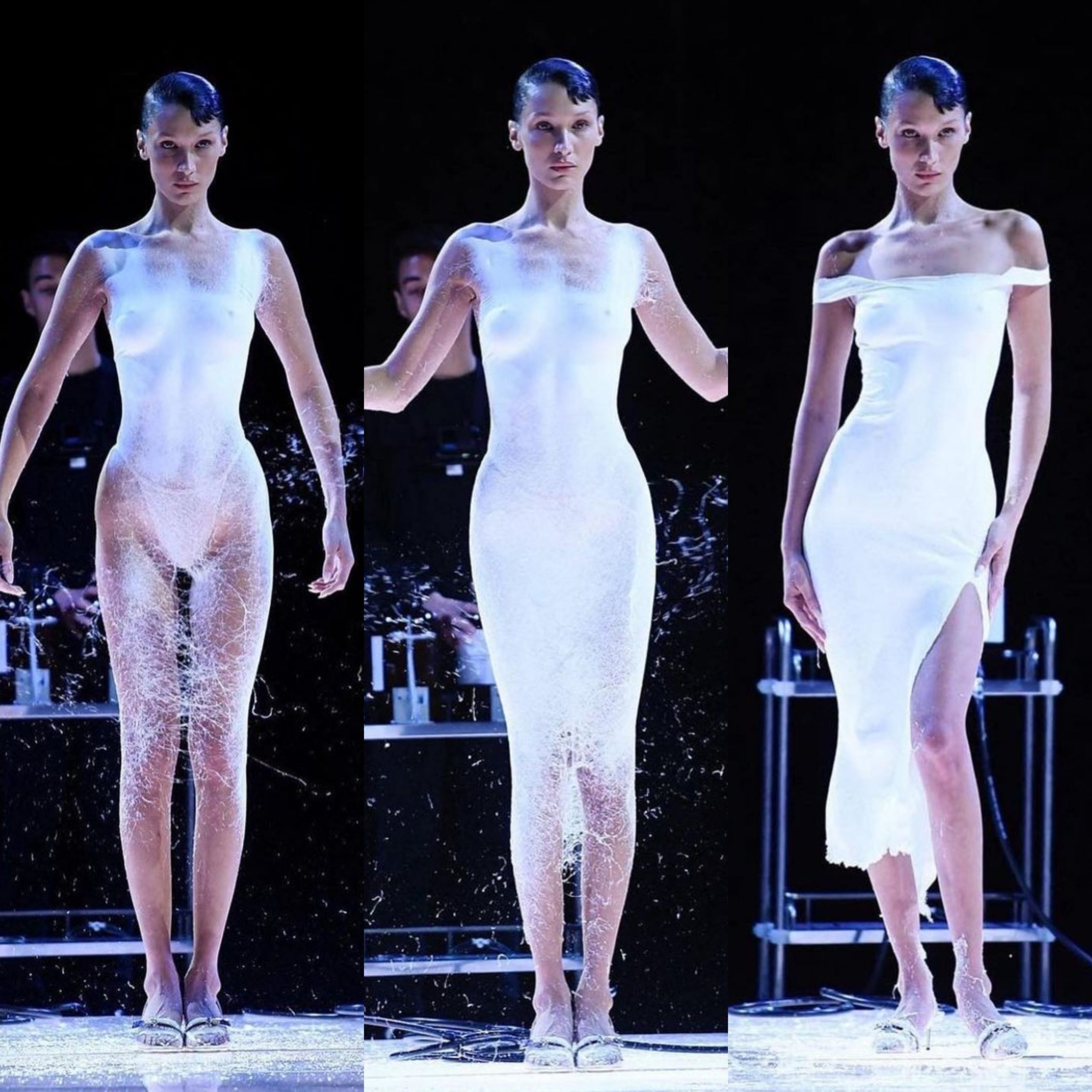 Surely everyone has seen this show-stopping spectacle from Paris Fashion Week by now? At the finale of the Coperni show, Bella Hadid walked to the middle of the runway in just a G-string and somehow (Magic? Witchcraft?) a dress was created before our very eyes. All you’ll need is a skintight white dress and an utterly perfect catwalk strut.

Stranger Things was one of this year’s biggest streaming shows for a reason, and dressing up as Mr Munson couldn’t be easier — you’ve probably got most of the requirements in your wardrobe already. Pull on some ripped black jeans and a denim jacket, tousle up your hair and you’re on your way. You could always get crafty and try your hand at making your own Hellfire Club tee — either way, it’s all about the attitude.

For the blondies among us, you’ve got this one in the bag with ease. Barbiecore has been pretty much trending all year long, so chances are you’ve got some hot pink pieces already raring to go. Whether it’s paparazzi shots of Margot Robbie and Ryan Gosling rollerblading through the park, or an ‘80s-inspired co-ord, no one will have any doubts about who you are. 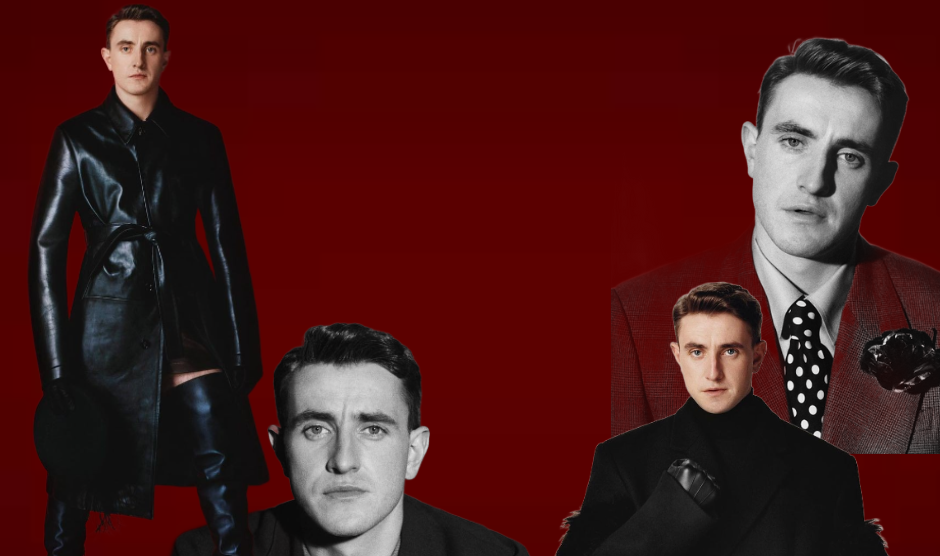 Is it too soon to joke about this? We’ve already discussed the emotion impact of this Interview Magazine photoshoot at length, but if you would like to go where only one Maynooth man has gone before, we actively encourage it. If not, the GAA shorts and silver chain combo will never go out of style.

Euphoria‘s Cassie in her self-care era

If, this Halloween, you have never ever been happier, why not embody Euphoria‘s Cassie in her post-Nate Jacobs pre-stage breakdown self-care era? Quite the comfortable option, just pile on some serums and under eye masks, throw your hair into curlers and adopt a manic, lobotomy chic glare.

Couples costume, anyone? If you, too, are partial to some PDA, then why not spend Halloween as the Irish embodiment of MGK and Megan Fox? We’ve been tracking their relationship via red carpet appearances for long enough — bring the heat to Irish streets.

Scammers have managed to stay firmly in our eyeline all year long, and thanks to Amanda Seyfried’s incredible performance in The Dropout, Elizabeth Holmes has become a trending option of Halloween 2022. Like all true entrepreneurs, it’s all about the black polo neck, and make sure you go heavy on the red lipstick.