The Parisian fashion house announced on December 3 that it will stop manufacturing products made from snakes, crocodiles, lizards and ostrich because of the difficulty in obtaining ethically sourced skins.

The exotic skin industry is a slippery business, one which many fashion houses have long relied on fur and animal skins to drive sales. It’s the most coveted and expensive luxury product on the market for which millions of animals are purpose-bred in farms around the world for their prized hides.

Animal activists have long objected against the brutal act, targeting the industry leaders and urging them to be the voice of change due to the barbaric nature that skins are obtained and the very real threat of endangering certain species.

But with continued pressure from animal rights groups, changing consumer needs and a rapidly increasing carbon footprint (the fashion industry is the second biggest contributor to global warming after the oil industry), fashion leaders are actually listening with a real intent to change.

Ahead of its Metiers d’Art show today (The Métiers d’Art collections were first conceived by Karl Lagerfeld in 2002 as a homage to the house’s workshop) at The Met Museum in New York, Chanel said it would “no longer use exotic skins in our future creations.”

Bruno Pavlovsky, Chanel’s president of fashion, revealed that it’s becoming costly to source its exotic skins – which include crocodile, lizard, snake, stingray and fur – and will aim to produce “a new generation of high-end products” using fabric and leather instead. 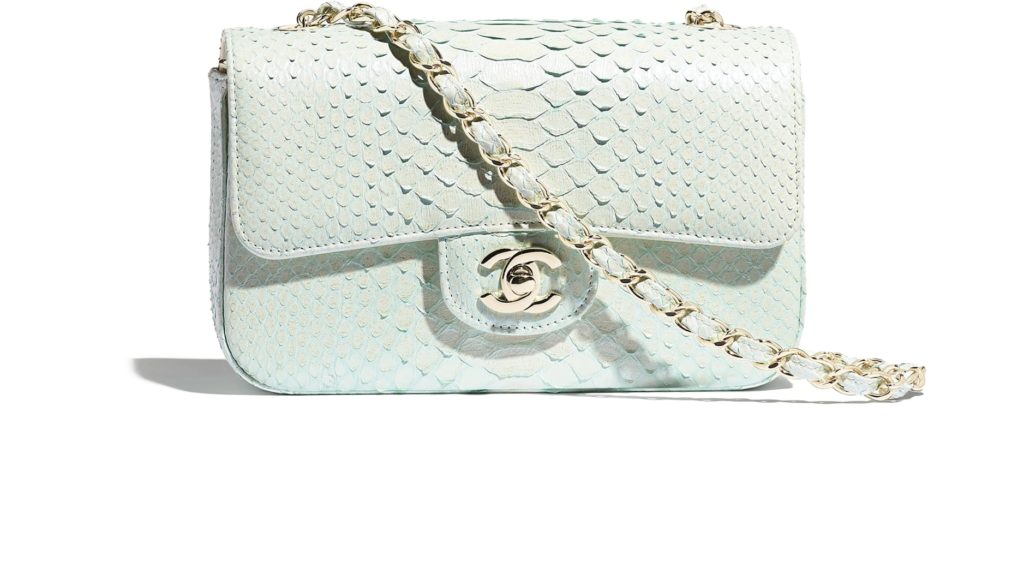 The exotic skins in question include crocodile, lizard, snake and stingray. Pavlovsky noted the list also includes fur, of which Chanel uses very little, according to WWD. The situation now is that the house is struggling to source skins and fur that are in-line with the house’s stringent ethical standards.

The move reflects the mood of the entire industry, which is shifting to accommodate younger, more conscious buyers. There is a greater emphasis on buying fewer things less often, and on social and corporate responsibility, and the effects are trickling down from designer to consumer. Chanel now joins a growing list of luxury labels like Versace Gucci, Shrimps, Molly Goddard, Faustine Steinmetz and Vivienne Westwood who’ve pledged to stop killing animals for fashion. In June Asos announced that it will ban the sale of all mohair, silk, cashmere and feathers in 2019, and a growing number of high-street labels are opting for safer production – both for the person producing the garment and the environment. Designers will continue to improve the production of faux fur, with more brands like British label Shrimps and American label House Of Fluff steadily filling the void that real fur once occupied.

Technological advances will soon allow brands to grow real fur in labs without having to breed or harm animals or suffer any environmental impacts. It’s been reported that designer Ingvar Helgason (formerly of the brand Ostwald Helgason) is developing BioFur, which would grow synthetic pelts the way that Modern Meadow has been able to produce lab-grown leather and Diamond Foundry creates lab-grown diamonds. And these advances are being made across other animal-based bi-products too: Piñatex, a synthetic leather made from pineapple leaf fibres, has been developed and is in production. “Eco-leather“, made with natural fibres layered together, creates a material that beautifully resembles leather.Skin and fur remain an iconic and coveted luxury item in many certain cultures but more than ever, shoppers are aligning their values and their wardrobes and it’s causing a ripple effect through the fashion industry.