Adorable cardigan ambassador and heir to a throne, Prince George is proving himself to be as much of a fashion influencer as his mother, the Duchess of Cambridge. The toddler is responsible for an incredible surge in sales of Crocs after he wore a navy pair to a polo match last month. No doubt, like any two year old, ?he loves the way he can put them on himself without Mum or Nanny’s help (and the way even putting them on the wrong feet doesn’t make much difference). 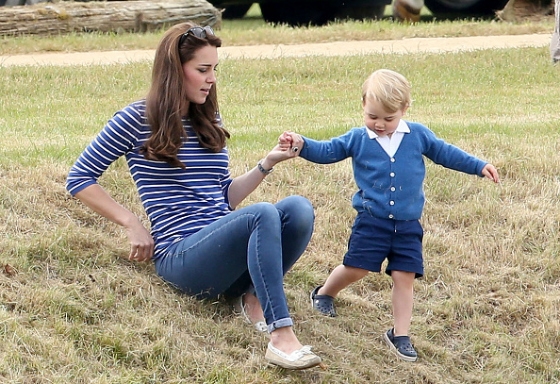 WWD reports that Amazon has said the past few weeks have seen sales of Crocs and similar styled shoes increase by 1,500%. Ever since June 14th, the day of the polo match that saw Prince William and Prince Harry play, parents have been rushing to buy Crocs. That’s probably the best news foam shoes will ever hear.

However, Prince George’s navy blue ensemble wasn’t the only item to capture the world’s attention that day. The striped top Kate Middleton wore while playing with her son has a 2-month waiting list. The Me+Em navy and white shirt sold out immediately following the release of the photos. Turns out us normals love normal clothes on normal Royals.