HYERES, FRANCE - APRIL 23: German designer Karl Lagerfeld during the opening of the 30th International Festival Of Fashion and Photography on April 23, 2015 in Hyeres, France.This year Karl Lagerfeld is artistic director of the 2015 promotion. (Photo by Patrick Aventurier/Getty Images)

HYERES, FRANCE - APRIL 23: German designer Karl Lagerfeld during the opening of the 30th International Festival Of Fashion and Photography on April 23, 2015 in Hyeres, France.This year Karl Lagerfeld is artistic director of the 2015 promotion. (Photo by Patrick Aventurier/Getty Images)

A lot of media about Kim Kardashian, arguably the most famous woman in the world, leads in with a sentence along the lines of ?Say what you want about Kim?? As if to excuse coverage of a woman whose first burst of fame was courtesy of a sex tape. Well, we’re over all that sexist shading. Move on and accept the hard-working mother’s place in modern culture.

If you’re struggling to do so, take Karl Lagerfeld’s recent words on Kim as a placating tonic. The man behind the fashion orchestra that is Chanel and Fendi has come out in defence of Kim against the constant haters. ?Kim’s contribution to beauty and fashion . . . is the fact that you don’t have to be super slim and very tall to be beautiful,? Karl said, acknowledging the fact Kim is a bonafide icon, even if you got over bodycon in 2012. Karl made the comments in an interview with Vogue and also took time to say Kim was helping women with their confidence because of how she’s so different from what came before. “Others tried, but she succeeded in giving other girls like herself confidence. And I admire her for that,? he added. 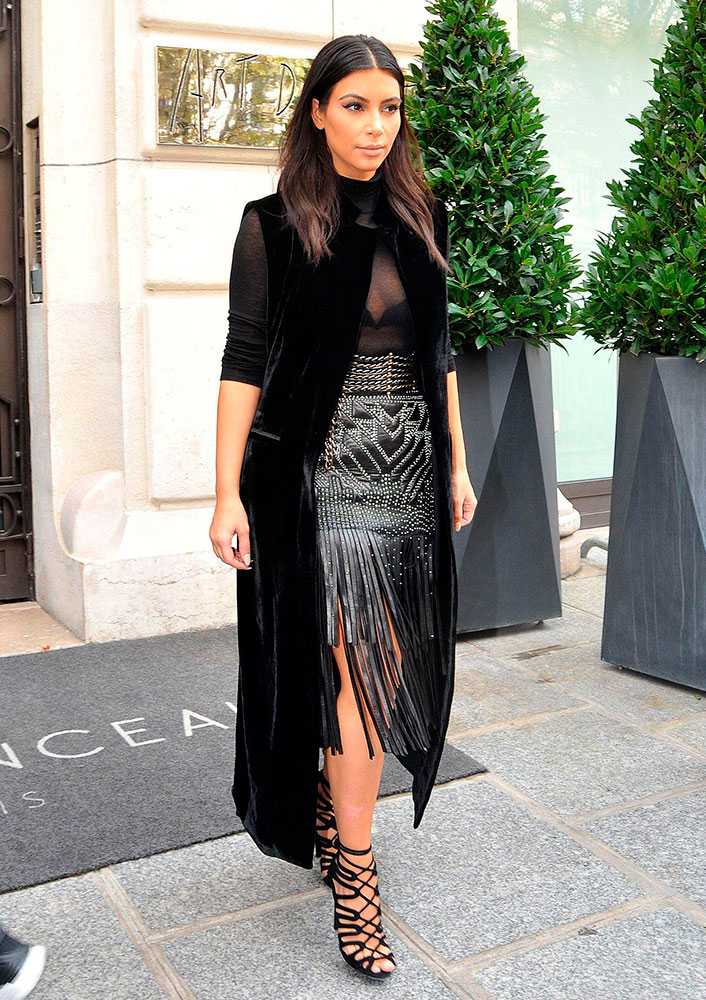 Karl’s words, while welcome, do coincide with his appearance on Kim’s runaway of a success app, Kim Kardashian: Hollywood. To date the app has 30 million downloads – that is what you call an audience. It makes sense for a brand and designer to align themselves with such a weapon of influence. Also, Karl is a regular employer of sister Kendall, choosing her to walk in some of his much hyped shows, so it makes sense to play nice with television first family.