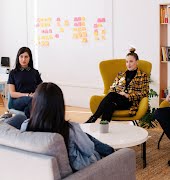 Culturally, there's been a significant shift in how we perceive women in middle age... and how they dress too.

Designers Katie Hillier and Luella Bartley are both in their forties. They once told The Guardian, “…women don’t age in the same way anymore. Getting older doesn’t mean what it used to.”

Sartorially, this is certainly true. Growing up in the eighties and watching movies like Working Girl and Baby Boom, I thought when I grew up that I’d be a power dresser, wearing pencil skirts and high heels, tailored trouser suits and fitted shift dresses. At 44, I confess I have never worn any of the above. Instead, my wardrobe consists mostly of mix-and-match separates – T-shirts, sweaters, cardigans (lots of them), boyish trousers (even more of those) and a few fluid skirts and dresses.

Of course, I work in a creative environment, so there are fewer, if any, sartorial rules to abide by, but women are younger older these days, if that makes sense. Kate Moss dresses no differently to the way she did ten or even 15 years ago – skinny jeans and T-shirts. Victoria Beckham has stopped trying to look like a grown-up power player (remember the super-tight pencil skirts, Tribute shoes and corseted tops?) and adopted this modern-day uniform of easy separates in louche shapes that are comfortable to move around in. Even high-flying international human rights lawyer Amal Clooney has been spotted during her downtime in turned-up denims and boyish brogues.

Culturally, there’s been a significant shift in how we perceive women in middle age. Once, we were written off, past our peak, fit for only wifedom and motherhood. Today, middle age and beyond is more about reinvention, the next phase, the new you. Look at singer Janet Jackson who had her first child age 50 and Geri Halliwell her second at age 44, or Robin Wright, also in her fifties, has never been so successful or admired – 20-year-old women want to look like her, let alone her peers. Seventy-one-year-old Maye Musk signed a brand new modelling contract with international agency IMG at 68 – Musk revealed that 20 years ago she was considered “ancient”! 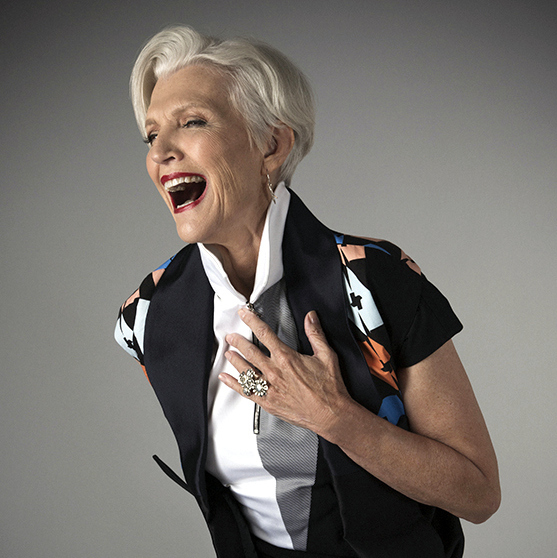 As a consequence, sartorially, those old paradigms (high heels equal control, suits suggest competency, fitted dresses assertiveness and jeans are for teens) have completely shifted. Designer Phoebe Philo became one of the most powerful women in fashion, while almost always wearing white trainers. Musk hangs out in her garden wearing jeans, T-shirts and trainers – my own grandmother certainly never wore denim.

Those old stereotypes of ladylike or ball breaker and the fashion that defined them have been replaced with what Hillier and Bartley describe as “confident individuality that is chic and sophisticated”. The keyword of course is confident. Confidence is what elevates a nicely-dressed woman to a notably stylish woman. This has been as important in Victoria Beckham’s transformation as her new wardrobe; the confidence that comes with knowing she’s successful rather than just famous.

I think it’s unlikely then that I’ll ever wear a pencil skirt, but what harm. At 44, I still get to wear baggy jeans and a parka. Aren’t we a lucky generation.

This article was originally published in July 2022.