In a social media era’marked by instant access, fashion labels are finding new ways to include the public. Rosaleen MacMeel gets front row access as Tommy Hilfiger leads the charge.

New York Fashion Week will be remembered for much more than the collective embrace of creative minimalism, but rather the dramatic shift away from the pre-existing fashion calendar to clothes that are immediately available. While most designers were showing SS17 this past September, a daring move by fashion stalwarts such as Tom Ford, Ralph Lauren, Alexander Wang and Tommy Hilfiger to offer a see now, buy now model, presenting clothes immediately for sale, has disrupted the industry with mixed results. Rebecca Minkoff and Burberry’s Christopher Bailey were first to embrace the consumer-facing model, announcing their respective breaks in the cycle of out-of-season collections last February. Six months on, I’m in New York to witness the quintessential American brand, Tommy Hilfiger, take the stylish revolt to a whole new level.

Never one to do things by halves, Hilfiger’s show #TOMMYNOW signified a new era in the democratization of fashion, delivering instant gratification. #TOMMYNOW is the ultimate expression of my brand philosophy, and the show I have always wanted to present,? Hilfiger tells me in a pre-show interview alongside his brand ambassador and codesigner on the collection, model Gigi Hadid. ?We are a brand that breaks conventions, puts the consumer at the heart of our business, and believes in creating fun, inspiring experiences that fuse fashion and entertainment.?

Billed as an interactive experience, #TOMMYNOW was amplified through digital commerce and, having had the pleasure of witnessing it first-hand, I can attest that?the designer is a man of his word. The runway?collection was shoppable directly after the show, using digital touchscreens, and remotely through live-stream and social commerce channels, including Instagram, Snapchat, Facebook, and Pinterest. ?The consumer is telling us she wants ?buy now, wear now,?? Hilfiger explains, ?but she also wants experience, and as a democratic brand, we thought we would open it up to the public and create a memorable experience that is really a multi-media extravaganza.? To this end, 2,000 members of the public were invited to mingle with editors and buyers, and the depths of Instagram, Snapchat and Twitter were triggered, surrounding the whole show in social media. 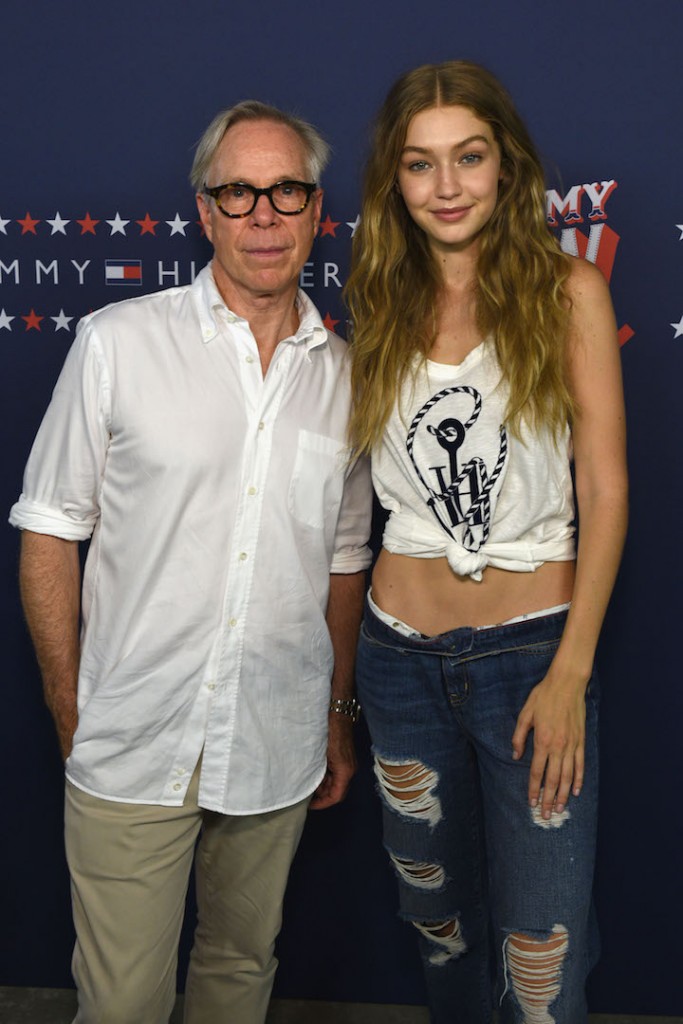 Hadid is the centerpiece of this strategy – with a social media following that’s roughly three times the population of New York City, the model shared key moments with her followers, getting young people on board instantly. ?We love technology, and we feel you have to be ahead of the curve; otherwise, in this business, or any business, you’ll be left behind. We want to be the leaders,? says Hilfiger. ?It’s quite incredible because after being in the business for as long as I have, it’s like a dream come true.?

Tommy Hilfiger ensured the scale of this year’s theme was more than Insta-worthy, recreating a carnival, inspired by Coney Island, as the backdrop to the catwalk. Tommy Pier featured fairground rides, carnival games, and an eclectic mix of vendors inspired by the world of Tommy?Gigi, plus pop-up shops and temporary and permanent tattoo parlors. Classic fairground foods and iconic fair rides, including a 40-foot Ferris wheel, completed this magical fashion wonderland. ?The stage set was beyond my wildest dreams,? Hilfiger confesses.

I think it’s really breakthrough; it’s disruptive. I don’t think anyone has ever done anything like this before.? The reaction was instant. According to Brandwatch, Hilfiger landed over 40,000 brand mentions on social media. Whether these will be translated into sales remains to be seen, but if my visit to the flagship store on Fifth Avenue a couple of days later was any indication, Hilfiger’s master plan seemed to be working. Consumers buzzed around the rails of the new collection. Not everyone is as enthusiastic about Hilfiger’s bold move. Many brands continue to shun the concept – Raf Simons believes it’s destroying the creative process, while Fran?ois-Henri Pinault, chief executive officer of Gucci-owner Kering SA, has said the ‘see now, buy now? notion ?negates the dream? of luxury.

Known as an industry that constantly looks forward, it is difficult to see how this new approach will fit with consumers worldwide, but Hilfiger has handled the transition expertly and is confident in the brand’s new directive. ?We have to listen to the consumer, and the consumer is telling us she doesn’t want to see clothes on the runway in September and wait until February to buy them in the stores. This consumer thinks that they’re old by February. So when September comes around, they want something new, something fresh, so I think that eventually many of [the competitors] will get with the programme, but this is what we believe in, and we believe we are at the beginning of a revolution in the fashion business.? 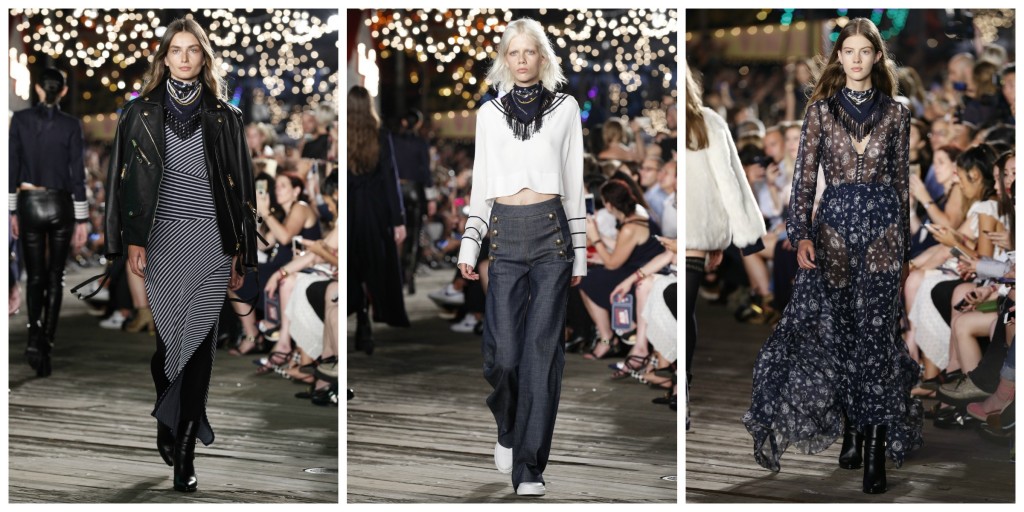 Unlike many of his peers, Hilfiger is perfectly positioned to succeed with this model, and Hadid gives it instant credibility and exposure among her legions of fans. Their collaborative collection feels like a true meeting of two minds and has been flawlessly executed; offering classic, wearable pieces at accessible price points. Oversize tracksuits, cotton logo bras, and exposed boxer shorts made popular in the 1990s were reimagined under Hadid’s influence, undoubtedly with her ?girl squad? in mind. All the familiar Hilfiger nautical motifs were explored in the collection, and the 40s dress, a more modest cousin of the slip dress, was given a contemporary twist with novelty printed silks. The nod to millennial nostalgia will surely help ease the brand’s transition into fashion’s future. While falling sales and technological developments may have driven this disruption, the upside is a surge in innovation. As for Hadid, co-designing her first collection has given her a taste for a potential post-modelling career;

?I couldn’t have asked for a better first time [experience] than with this team. I got to do all the fun stuff, and they executed it the way they have for so many years – they’re pros. They just taught me so much. They were really welcoming and open to my opinion – that was really special.?