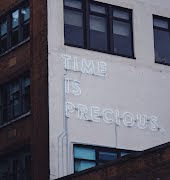 The best jokes about the pandemic to get you through the last few days of...

One of our favourite ‘Bridgerton’ characters is getting her own spin-off series – here’s what...

I watched the first episode of new Netflix series The Get Down this weekend, and suddenly I’m starting to feel that Studio 54 vibe?that Saint Laurent is championing for AW16. This new musical drama?which charts the rise of hip hop in the Bronx in the late 1970s looks set to be a visual feast (its creator is?Baz Luhrmann), and the costumes are as adrenaline-pumping as the incredible disco soundtrack, particularly’during?the dance competition scene at nightclub Les Inferno. Costume designer Jeriana San Juan sourced disco dresses from the Halston archive, and custom made 1970s-inspired pieces with thigh-high splits, shimmering sequins and textured fringing. If you want to inject a touch of disco-inspired sparkle to your new-season wardrobe, here are ten?items you’ll definitely want to get down and boogie in!

The Rejina Pyo & Other Stories collaboration is your summer capsule wardrobe

Did you get an elusive appointment or are you planning an early morning visit when Penneys reopens next week? In the meantime, hold tight by browsing the new season collection.

Moodboosting fashion to get you through an endless March