The fashion and retail industry is the second largest polluting industry in the world after fossil fuels.

Business of Fashion reported over the weekend that British fashion house Burberry is physically destroying more than €32 million of its own finished product; rendering it unusable and unwearable. To add insult to injury, this figure has steadily increased from €30.4 million in 2017 and €21.3 million in 2016. To learn that a major fashion house with power and authority is choosing to add even more retail waste to the billions of tonnes offloaded to landfills and oceans around the world every year is reckless and arrogant.

In response, Chief Executive Officer Marco Gobbetti said to BOF that Burberry has been donating leftover leather to Elvis & Kresse, a fashion company that recycles castoffs, since 2017. This revelation makes Burberry’s collaborations with environmentally-conscious designers like Vivienne Westwood unequivocally ironic (the collaboration was just announced on Burberry’s Instagram this month) and has reignited the conversation around what happens to unsold items and, importantly, what we can do with our clothes when they’re no longer wearable or charitable. 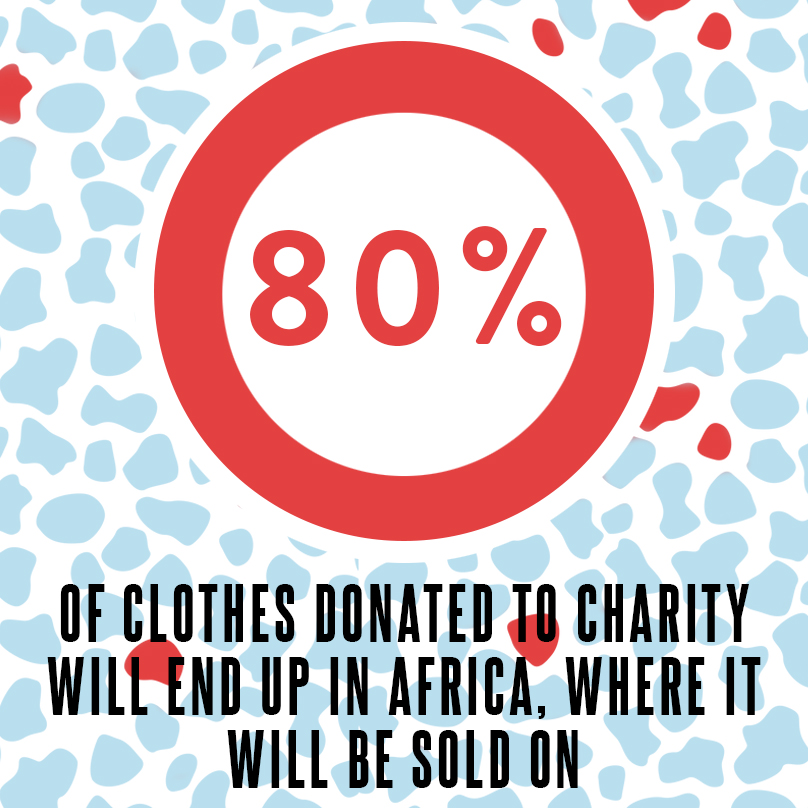 So why is Burberry physically destroying more than €32 million of its own finished product? Some brands believe that by destroying extra stock they are protecting their clothes and shoes from being bought and sold on the black market. Some companies simply do not want their products — or even knockoffs of their goods — to be worn by people who they don’t feel represent the brand.

In 2017, The New York Times carried out an exposé on Nike, which was also deliberately destroying stock by slashing a large rip in either the right or left shoe, but not both. Nike never released an official statement after the find, but Joy Davis Fair, Nike spokeswoman, told The New York Times, “Some product didn’t meet our standards to restock, recycle, or donate so it was disposed of.” If Nike wanted to protect its public image, it could have officially donated the stock to a worthy cause. Though charity is not always the answer either, as 70-80 per cent of clothing donated ends up in Africa where it’s resold. 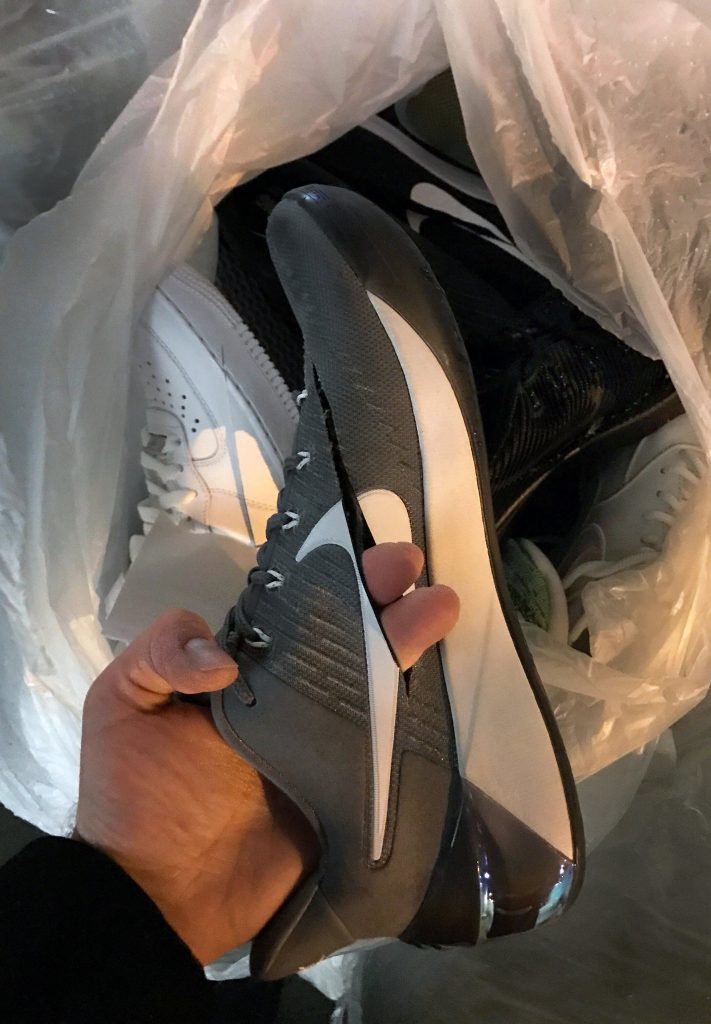 Photo by Ryan D. Matzner for The New York Times

Sadly, this wasn’t the first or the last time that a resident New Yorker had come across deliberate destruction of stock. In 2010, bags of unworn H&M garments were left for the dump. New York Times writer Jim Dwyer happened to discover the bags of clothes, went back to salvage what he could, only to find each bag had been slashed with a blade, rendering the clothes totally useless. “It is winter. A third of the city is poor. And unworn clothing is being destroyed nightly. A few doors down on 35th Street, hundreds of garments tagged for sale in Wal-Mart — hoodies and T-shirts and pants — were [also] discovered in trash bags the week before Christmas, apparently dumped by a contractor for Wal-Mart that has space on the block,” he reported in The New York Times.

Far more brands are rumoured to have undertaken similar stunts, despite committing to stringent corporate responsibility. But maybe that’s just it: Has corporate responsibility become the new dirty buzzword? There is currently no global retail watchdog to monitor recycling and ethics, though more than 2,000 retailers meet annually at the Global Retail Council to learn from world-class speakers and suppliers in the industry (this years conference happens to be taking place in Ireland).

Since the exposé on Nike, the sportswear brand has invested heavily in safer, more ethical practices for recycling clothes. Nike’s Reuse-a-Shoe Programme promotes in-store drop-offs of old and unwanted shoes. The programme collects them for recycling and transforms them into Nike Grind, a material used to create athletic and playground surfaces as well as select Nike products. H&M meanwhile, have developed its Conscious Collection and, most recently, made an even bigger commitment to the cause by combining the latest in sustainable fabric innovation –recycled silver and Econyl – to reduce water consumption.

Have we reached the “what next?” phase of this industry. Many global fashion leaders are rethinking entire clothing production processes in order to make the shift to renewable materials. On average right now, it takes more than 6,813 litres of water to make one pair of denim jeans.

When will those in power positions take a stand? Who knows, but right now here’s what you can do. Steer away from the high-street on your next shopping day and instead try second-hand stores, independent boutiques and charity shops. Use a wardrobe clear-out as an excuse to get together with friends and family and organise a wardrobe swap-a-thon. Upskill and recycle, and if you can’t sew or embellish, your mother or grandmother will know someone who can. Interactive apps like reGain – a newly launched recycling app in the UK –  allows you to recycle old clothes in exchange for vouchers for online stores like Asos and Boohoo. The company believes that diverting goods from landfills is the very first step towards creating a more sustainable, circular fashion economy.