How To Be A Muse

“Over the years I have learned that what is important in a dress is the woman who is wearing it.”

As we gear up for the Yves Saint Laurent movie – trust us it is the most highly anticipated fashion film since The Devil Wears Prada – we’ve been on sartorial tenterhooks. So we’re pretty excited to have gotten our hands on these exclusive beauty looks from the movie which are inspired by YSL’s muses, all of whom feature in the film. YSL was constantly looking for inspiration and in the heady 1960s and 1970s of Paris was never short of incredible women from which to choose. Here we take a look at the women in his life whose personalities informed his creations. Meanwhile make-up artist Fred Letailleur has kindly offered the tips on how to work that Rive Gauche insouciance as per the makeup looks designed for the movie.

Victoire Doutreleau?was one of his first muses. A model at the house of Dior when he took over as Creative Director in 1957, she became the effective face of his first spring collection. She graced the cover of Paris Match in one of his ensembles and wore one of his designs to her wedding to Paris Match journalist, Roger Th?rond. 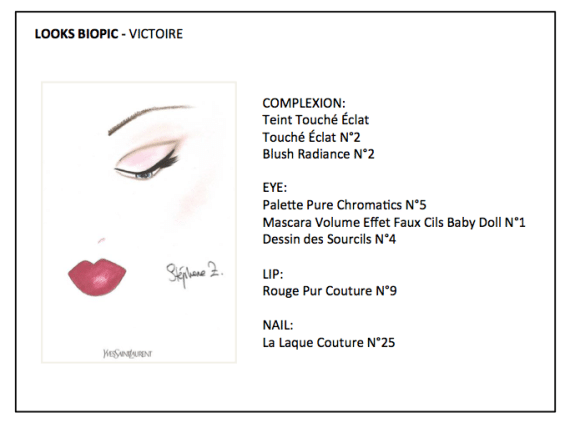 Betty Catroux served as a muse and close friend to the designer for more than 35 years – when asked what she did for a living Betty would reply ?Nothing.? These two proved so inseparable they even went to rehab together and her referred to her as his twin sister. An androgynous beauty with endless legs, YSL ran into Betty in a Parisian nightclub and the rest was fashion history. His business partner Pierre Berg? gifted her with Andy Warhol’s portrait of YSL on the occasion of his death. 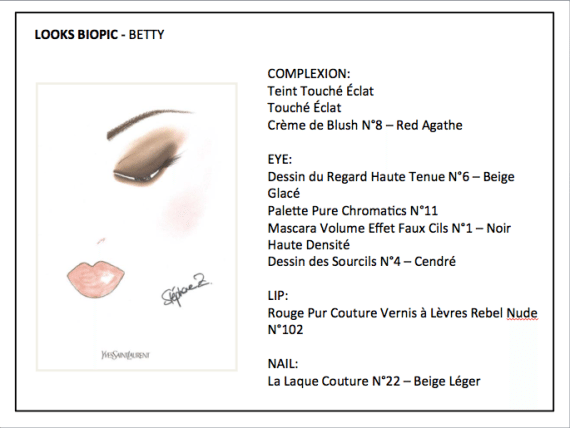 Loulou de La Falaise was a socialite, the daughter of a Marquis and a bohemian upper-class model, the niece of the owner of Annabel’s, divorced the Knight of Glin at the tender age of 21 and was allegedly christened with Schiaparelli’s Shocking perfume instead of holy water. Of course YSL was immediately charmed when he met her in 1968. In 1972 she became the first officially employed muse and would call to YSL’s couture showroom everyday. 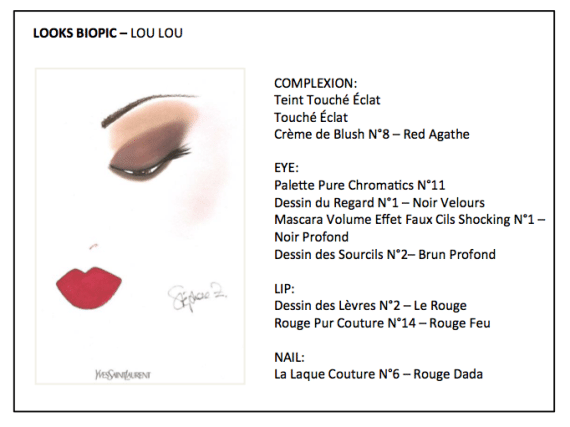 While we wait we’re just going to have the trailer?on repeat until the movie hits screens on March 21st.