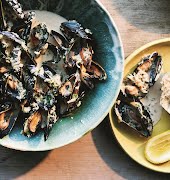 “When they write the beauty memoirs and history books of the future, they will look back on the AW beauty launches of the year 2017 BF (before Fenty) as a turning point in the beauty industry.”

That was the opener for the beauty pages in the October issue of IMAGE Magazine after the launch of Fenty Beauty in Harvey Nichols in Ireland. After a much-hyped few months of teasers, beauty lovers had made their excitement for an inclusive beauty brand well known online, and RiRi did not disappoint, with 40 shades of foundation designed for all skin tones.

The feeling of change in the industry was palpable, and the lack of inclusivity in the rest of the industry was brought into the spotlight.  When Fenty Beauty reportedly received $72 million in earned media value within its first month and $100 million in sales within 40 days of launch, not only were other brands rumbled for their lack of inclusivity and diversity, they wanted a piece of the action. And many scrambled to add a larger shade range before they got called out or left behind.

While MAC Cosmetics, Bobbi Brown, Estée Lauder, Nars and a few more luxury beauty behemoths have always maintained a diverse shade palette – all have at least 30 shades of their bestselling foundation, 40 in the case of MAC and Estée Lauder –  the scramble for more shades has been dubbed ‘The Fenty Effect’ by Glossy.co, who track the analytical impact and evolution of fashion and beauty through digital.

Mass beauty still has a long way to go.

Revlon have just introduced Flesh, a “shade-inclusive” brand for every skin tone, spearheaded by the creator of Allure magazine and current chief creative officer for Revlon, with a foundation stick available in 40 shades.

L’Oréal Paris’ number one foundation, True Match, is now available in 28 shades, “matching 98% of UK skin tones.”  L’Oréal Paris has also launched the #YoursTruly True Match campaign, “to share the diversity behind our 28 shades of True Match. Discover 28 influential individuals revealing their 28 stories, and get ready to write yours.”

Rimmel’s ‘Match Perfect’ foundation also has claims of “shades to match 99% of UK skin tones”, with only 25 shades available.

The industry standard for diverse shade ranges is now 40. You don’t get to pat yourself on the back for newly introducing 28 shades anymore.

“At this point, brands that are not making genuine strides to be more thoughtful in terms of product mix, advertising imagery and messaging are just out of touch,” writes Sarah Brown, in the Business of Fashion’s beauty report.

Get it wrong and you best believe social media will call you out for it.

Beautyblender, the creator of the cult favourite make-up sponge, came under fire last week when they announced the new The Bounce Liquid Whip Long Wear Foundation, available at Sephora. Although they had 32 shades in the range, only seven are accessible to darker skin shades. @mikhaila.lambert addressed the brand saying, “@beautyblender wow out of 32 u have seven shades for all POC.” Of the rest of the 8k comments on the Instagram post of @trendmood1 – an Instagram page that often leaks new beauty launches – most comments echoed the same idea – having only a handful of shades to suit a multirange of skin types is no longer acceptable.

It shouldn’t be announced cheerfully on a press release that you have a diverse shade range. It’s not an extra bonus. It’s an absolute requirement.

“I have battled for 32 years as a make-up artist to find products that were in any way catering to an inclusive colour range of skin,” says make-up artist Christine Lucignano. “In the early days you really had to use either Fashion Fair or you had to mix your own. Then MAC came onto the scene and we were relieved, to say the least, as you finally had foundations that stretched to suit much darker skins. One thing artists don’t complain enough about still is the lack of inclusive colours in the mass area. And whats really maddening to me is that the bigger the house, the easier to go deeper into shades due to the volume of manufacturing. So mass and highstreet still have a long way to go.”

If you can’t easily get to Dundrum to head into Harvey Nichols to pick up some Fenty Beauty or don’t have the luxury of exclusively shopping from luxury brands, relying on your local pharmacy is not always a guarantee. While they might sell a brand with a diverse shade range, you’ll find they stock far more varying shades of beige than any darker pigments.

READ MORE: IT Cosmetics is coming to Ireland, exclusively at Arnotts

The authors of Slay In Your Lane: The Black Girl Bible, Yomi Adegoke and Elizabeth Uviebinené spoke about inclusive beauty on The High Low podcast this week with co-hosts, journalists Pandora Sykes and Dolly Alderton. “The marketing campaigns may be may be like, “oh we have all this diversity,” but when you go into your local Superdrug, in terms of space, they’re not going to stock it,” says Elizabeth. “In terms of the distribution, the marketing may be great but if they’re not getting the distribution into stores where they stock all of the shades, it’s never going to be the same. I’ve gone to the Bobbi Brown store and they’ll have back-ups of ten shades, so they’ll have loads for white girls who can use those shades, but when it came to darker shades, they’ll probably stock maybe three of each, so once it’s out, it’s out, and you’ll have to wait a week for them to order it from the actual warehouse. That’s more logistical in terms of the change.”

“In some places,” says Yomi, “they talk about a lack of audience or a lack of people that would be able to buy it but at some point, the conversation must be like, do you just not want to stock this kind of thing? Because in areas like Croydon where we live,  there were issues in terms of being able to go to our local Superdrug or our local Boots and just pick up foundation that matches our skin tone when it’s a borough that’s either got the most Caribbean people in the country or it’s a 50% BAME (black, Asian and minority ethnic) borough. So to argue that “we’re not 100% sure if there’d be a market or an audience” just literally isn’t true. Even in local Superdrug and Boots, they are still more likely to overstock on certain shades and understock on the darker shades, which is so strange because the likelihood of black women buying things in this branch is if not more, the same as white women in certain boroughs.”

Until Rose Ivory becomes as readily available and accessible as Espresso, brands need to tell their stockists to put their money where their Instagram campaigns are. Otherwise, what is the actual point?

Can’t find the ‘perfect’ wedding dress? Here is how I created mine