The celebrity beauty endorsements that convinced Team Image.ie to buy

There are very few people, famous or otherwise, who would make me blindly part with my hard-earned beauty pocket money.

I haven’t ever been particularly easily influenced (although, to my shame, I ordered one of the EARLY Kylie Jenner Lip Kits to see what all the fuss was about – the fuss was unfounded, they weren’t great). I don’t remember ever seeing a celebrity face on something and thinking ‘now THAT I will buy’.

A family member of mine who is borderline obsessive about Julia Roberts hoards Lancôme products like she’s prepping for some kind of beauty armageddon. And I’ve a friend who owns Every. Single. Iteration. of fragrance Britney Spears has ever put her name to, in spite of being fully aware Britters probably had precious little to do with the making of it.

But not me. Not even for Beyoncé, my idol, who I’ve spent a LOT of money going to see (21 times, in case you’re interesed) would I spend a penny on to get one of her fragrances.

That was until I saw Ryan Reynolds announced as the new face of Armani Code fragrances. His humour and completely non-obvious good looks (ahem) charmed me enough that I intend fully to open my wallet and buy one of the scents for my husband. Whether it smells great or not. Ryan is involved –> Ryan is Deadpool –> Husband loves Deadpool –> wife win for me.

But what celebrity beauty endorsements would Team Image.ie blindly buy into? I asked…

“I hardly ever buy something based on whether it’s endorsed by a celebrity — I really tend to go by beauty bloggers’ or influencers’ recommendations more often. But the one thing I have been persuaded to buy (and repurchase a few times) has been the Rimmel lipsticks by Kate Moss. She’s obviously an icon, and she’s the only one I really believe when she says “get the London look” — she is the London look. Maybe I could be the London look if I wear her lipstick? I obviously didn’t get that far, but the lipsticks are lovely on and I would repurchase them again and again just for a bit of Kate Moss magic.”

“I don’t think I’ve ever bought anything because it was endorsed by a celeb, which for this piece is really unhelpful, I know. If I had to buy something though, it would probably be Aveeno Daily Moisturising Lotion (used by Jennifer Aniston on the telly). I’ve always had some sort of deep respect for Jen (yes, we’re on a first-name basis). She seems down-to-earth and honest; not to mention she’s beautiful in a natural-looking way. She hasn’t jumped on the big lips, fake-tan brigade like other celebrities (*cough* Courtney Cox). I’d probably trust her endorsement of any brand or product.” 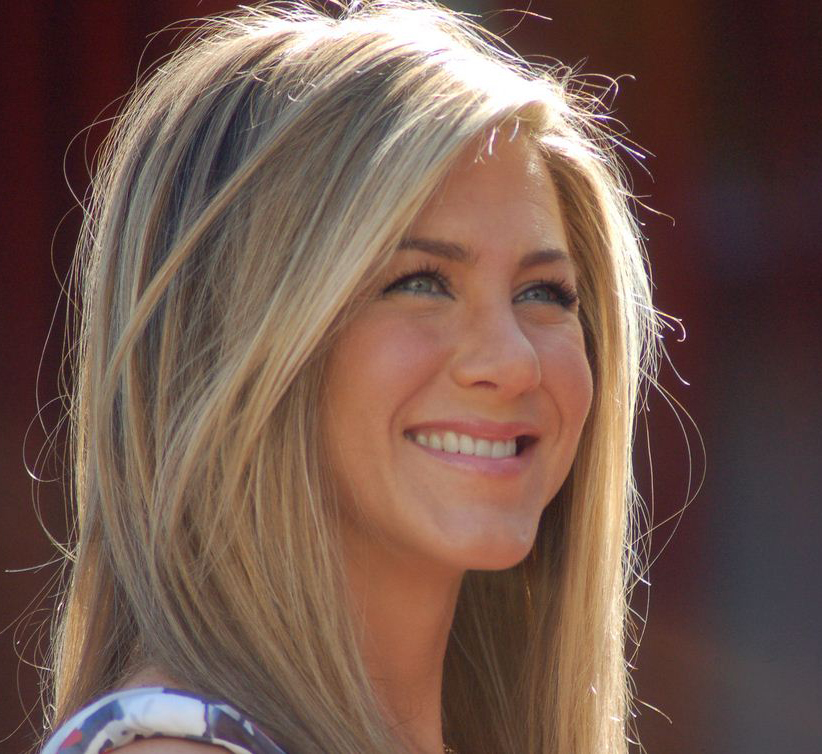 “Recently, it has to be Lily-Rose Depp. I don’t know what it is about her! Ever since she’s come on the scene, she’s become my ultimate girl crush when it comes to beauty. I will buy whatever that girl is selling (I know how ridiculous that sounds but it’s true.)
Also, it’s worth noting she’s the face of Chanel and maybe that’s a large part of it too; I’ve always had a nostalgic association with Chanel beauty products. Over Christmas, I gave a list of ‘safe presents’ to my family members, which included Lily-Rose approved Chanel makeup products and perfume. I think with Lily-Rose, it’s the idea that she is both the face of Chanel and the fact that she wears the luxury brand’s pieces so beautifully. For me, it’s a combination of fashion and beauty that draws me in every time. It’s the lifestyle. Plus, Lily-Rose is into a smoky look on her brown eyes which I’ve definitely always gravitated towards!”