Blue eyeshadow is back and we’re terrified

Our beauty routines have come a long way over the last decade. It seems like forever ago that we were painting our faces with Pan Stick, over-plucking our brows and layering on clear lip gloss. But of all the horrendous trends we fell victim to, none were as bad as blue eyeshadow. A mere mention of the words in Image HQ has caused a flurry of repentant faces and moans of regret. Alas, the trend has made a dramatic return.

It’s not just blue eyeshadow either. It’s green, purple, red, and yellow; all the colours we swore we’d never touch again. Pam Hogg, Rachel Comey, and Marni are just some of the designers to revive the look on the catwalks this summer. Naturally, celebrities were quick to follow suit. Actresses Lucy Hale and Vanessa Hudgens are both fans of colourful eyes, while Bella Hadid and Emily Ratajkowski have sported the look on red carpets too. 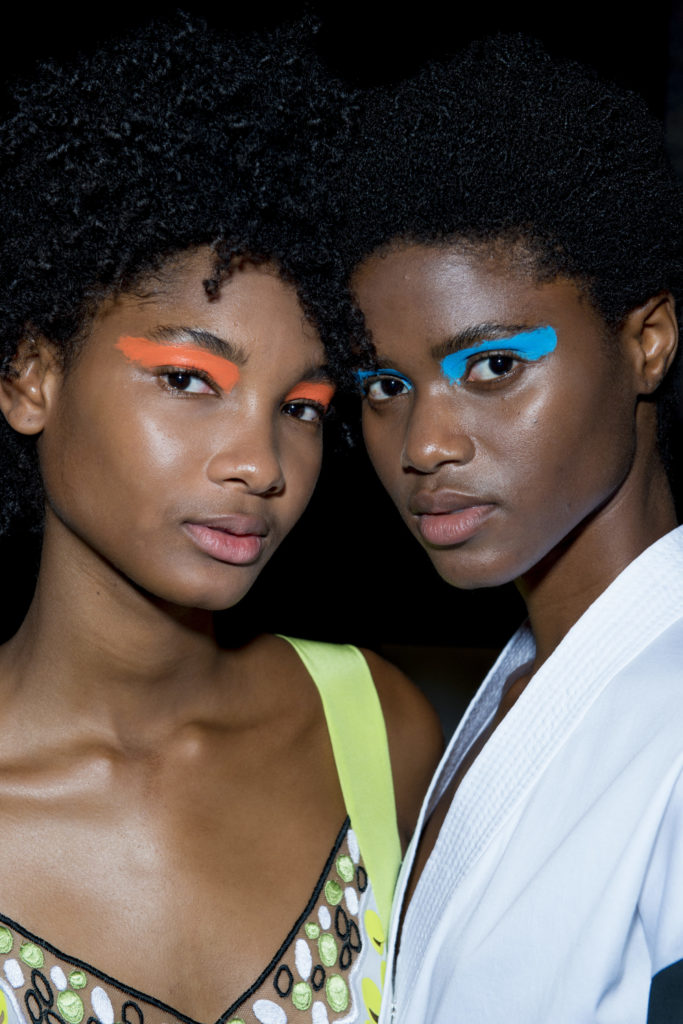 In most cases, the eyes are made the focal point of the face. When going bold with one feature, it’s best to play down the others. A nude lip will accentuate the pop of colour on the eyes, rather than distract from it. As for eyeshadow application, celebrities have been opting for a smokey effect. They use paler tones on the inner eyelid, with darker hues along the crease and on the outer eyelid. However, on the runway, make-up artists went with striking, blocky colours. 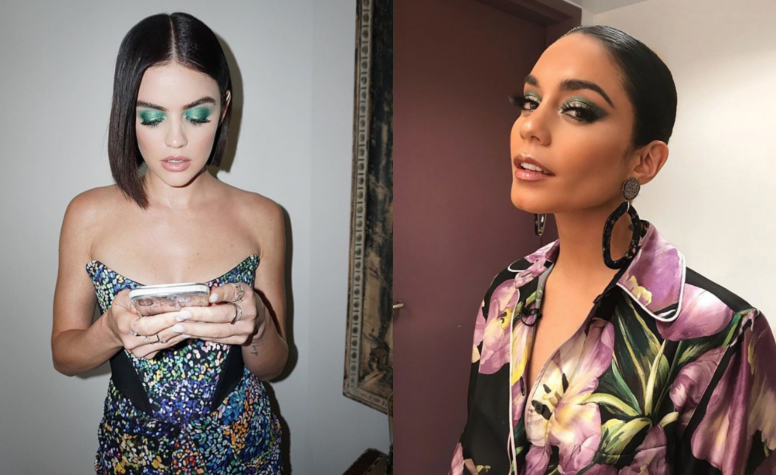 As much as blue eyeshadow haunts us, we’re tempted to experiment with it again (though we won’t be applying it the whole way up to our brows this time). Speaking to InStyle, celebrity make-up artist Allan Avendaño said, “There’s a misconception that blue eyeshadow isn’t for everyone. It definitely depends on the shade of blue, but almost everyone can wear any shade as long as they find it complements their skin tone.” Navy is particularly nice on paler skin; while turquoise and petrol-blue are beautiful on deeper skin tones. Royal blue tends to suit everybody and can be worked into a smokey eye quite nicely. 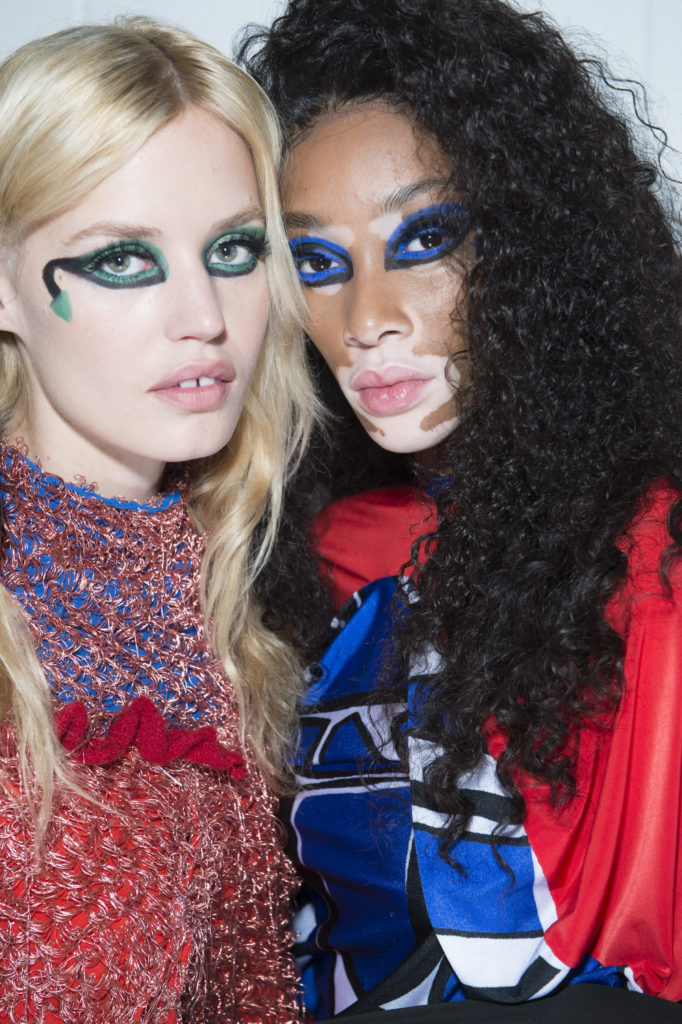 We never thought we’d see the day when blue eyeshadow would return as ‘a thing’. What’s next – hair crimping?