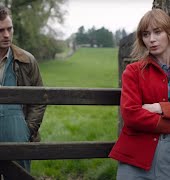 We spoke with three Irish women who are living with haemochromatosis about what the condition is, how it’s diagnosed, and what life is like with the so-called ‘Celtic Curse’…

Haemochromatosis, nicknamed the Celtic Curse, is more common in Ireland than anywhere else in the world. The genetic condition can lead to both severe organ damage and death, yet it’s still widely unheard of here.

For that reason, we want to help raise awareness for haemochromatosis, as well as the importance of early detection. They say knowledge is power, and with an early diagnosis, there’s no reason why people with this illness can’t live a long and happy life.

Haemochromatosis causes people to absorb too much iron from their food; and this iron, unable to pass through the body, gets deposited in various organs, including the liver, pancreas, heart, pituitary glands and joints.

The more excess iron you have building up in your body, the more dangerous and life-threatening it becomes. That’s why early detection is key.

It’s a genetic condition, and people must inherit the faulty HFE gene from both of their parents to develop it. According to the Irish Haemochromatosis Association, one in five Irish people will carry one copy of the gene (which may be passed on to their children). What’s more, one in 83 Irish people will have two copies of the gene, which means they are predisposed to iron overload.

Irish mother and daughter, Rosaleen and Ruth McCourt, as well as athlete Sinéad Denny, are three such people.

While not all haemochromatosis patients will experience the same symptoms, chronic fatigue, crippling pain and skin discolouration are quite common. A lack of sex drive, mood swings and arthritis have also been reported.

“I suffered terrible headaches,” Rosaleen tells us. “I had horrendous stomach cramps. They were really, really bad. And the tiredness was something else,” she says.

No amount of sleep ever seemed like enough for Rosaleen. After falling asleep at home one day, Rosaleen says she woke up to find that her then-three-year-old son had covered her in newspapers, in an effort to keep her warm. “And another day,” she says, “he had biscuits in my hair because he was trying to feed me”.

Ruth suffered from fatigue too. “I think I just kind of got used to being tired all the time, and I didn’t want to be complaining about it. I’ve always had a hectic job, but at weekends, I would have to take nearly a whole day to rest to even feel mildly recharged. I could easily sleep for 10 or 12 hours a night,” she says.

General aches and pains also bothered Ruth. “I would get a pain in my veins when having the first glass of wine at dinner, or the first drink on a night out,” she explains. “I would get a pain about 10 minutes later, and that would soon go through my whole body. Alcohol is said to increase the absorption of iron in the body, and I think for me, this is one of the signs that my iron levels were getting excessive.”

Mistaken for something else

As symptoms of haemochromatosis are also common for other health conditions, Rosaleen and Ruth both found themselves being tested for everything but what they had.

“I used to get a lot of tummy pain, and because it was on my right side, doctors would presume it was my appendix.

“I remember getting a lot of pains that no one could really explain, or I would just pass it off as something else…”

“I had been in the Acute Medicine Unit before I got diagnosed, with stabbing pains in my right side. The pains were so severe – it felt like someone was sticking a knife in my side and I could feel a throbbing sensation. I remember getting a lot of pains that no one could explain, or I would just pass it off as something else…

“I guess, as you get older, you get to know your own body and become more aware of aches or pains, and you know when something isn’t right – even if you can’t explain it,” she says.

“They all said, ‘Of course you’d be tired with three small children’.”

As for Ruth’s mum, “it took a huge amount of time and several doctors before I got diagnosed,” Rosaleen tells us. As she was a young mother with three children, her symptoms were brushed off by one GP after another. “I was totally fobbed off everywhere,” she recalls. “They all said, ‘Of course you’d be tired with three small children’.”

At long last, Rosaleen found a GP who recognised the unusual pattern in her blood tests. Finally, the diagnosis came through.

If these blood tests determine you have haemochromatosis, you may need further tests to check if there is any organ damage, particularly to your liver. This can be done via a liver biopsy, though it’s important to note not everyone will need to have this done.

There is currently no cure for haemochromatosis, but there are things you can do to reduce the amount of iron in your body. The first is venesection (also called phlebotomy). This means blood is removed from your body through a needle, just like during a blood donation.

The Haemochromatosis Association of Ireland says, “During venesection, excess iron is removed. Every unit of blood (500 ml) removed contains 250mg of iron, and the aim is to bring the serum ferritin level down to 50ug/l”.

There are also a number of lifestyle changes that will reduce the amount of iron you consume. As Ruth McCourt mentions above, alcohol can increase the level of iron in your body and put extra strain on your liver, so it’s best to cut down (or eliminate) alcohol where possible.

“Vitamin C also aids the absorption of iron,” Ruth adds. “Vitamin C from fruit and vegetables is fine, but I avoid orange juice, and I avoid all vitamin supplements unless they are chosen by my doctor.

“I have also been going to a kinesiologist, which is similar to a homoeopath, to distinguish what I should or shouldn’t eat,” she says. “I generally try to live a healthy lifestyle and exercise regularly.”

Athlete Sinéad Denny is proof that people with haemochromatosis can live a happy and healthy life. “Haemochromatosis has never stopped me performing at a high level of sport,” she says.

“Now that I am attending St Michael’s Hospital in Dún Laoghaire, it allows me to be able to constantly keep an eye on my iron levels and make sure it doesn’t affect performances.

“The treatment (venesection) is great and only takes about 20 minutes,” she explains, “and I have noticed an increase in energy since attending the clinic which has helped enhance my performance on the track.”

When asked what advice they’d share based on their own experience, Rosaleen, Ruth and Sinéad each emphasised the importance of early detection.

Had their blood condition not been found in time, they each could have suffered organ damage.

What’s worse, if left completely undetected and untreated, haemochromatosis can also lead to death. For this reason, it is essential that all people in Ireland (regardless of age, gender, or background), have regular blood tests to monitor their iron levels.

Not only that, but it’s also advised people check if they carry the faulty HFE gene; that way, they’ll know to warn other family members to get checked, as well as watch out for haemochromatosis in their children.

Considering some people with haemochromatosis won’t get many (if any) symptoms at all – as was the case for Sinéad – regular blood tests are the only way to really know if you’re at risk.

For more information, or to make a donation visit the Irish Haemochromatosis Association.

What’s your breakfast go-to? And is it as healthy and...

Does fertility ‘fall off a cliff’ as you enter your...

“Multiple miscarriages or pregnancy loss is a lonely place”

After a gruelling five years of pregnancy loss, Jennifer Stevens...

What’s the pandemic missing? Gossip. These juicy tidbits should tide you over

With almost a year of monotonous days stacked up, I’ve been peering backwards to try and find the small sparks that used to alight our conversations.

Dealing with publisher rejection: author Sophie White on being the ‘Master of Rejection’

This article was originally written by Sophie White, author of...

15-year-old Nora was described as playful and vulnerable by those...