Since I was a teenager, I have always had a fractured relationship with my period. Couldn’t, wouldn’t and didn’t understand it. It felt disgusting and foreign, and although I knew it was for biological reasons, I would have given any reason not to have it.

Growing up, periods were always hushed. You bought the pads, took some paracetamol and said no more. I was told that there would be some pain or bad moods but no one – not even my mother – explained to me the turbulence and violence that is premenstrual syndrome, or otherwise known as PMS.

Related: Yet another healthcare scandal for Irish women.
How many times must we say ‘never again’?

PMS is the relation no one wants to acknowledge. It’s the friend you know is toxic for you, but you will forever be connected by some facet of the past.

In scientific terms, PMS is defined as, “a condition that affects a woman’s emotions, physical health, and behaviour during certain days of the menstrual cycle”.

In my personal terms, PMS is defined as, “the thing that makes me go wacko in the night, during certain days of the menstrual cycle.”

Each month, my body and my emotions are thrown into tumultuous turmoil. My melodramatics are otherworldly, and I metamorphose into a week-long run of bad Emmerdale episodes.

PMS makes me think that everyone is out to get me. Bus drivers, shop assistants, dogs and my parents have co-operated against me. I am perfectly paranoid about everything I do, from work to relationships to buying my usual pack of night pads from SuperValu.

No one ever told me about the anxiousness. Or the wave of sadness that hits you at inopportune times. I once cried while reading the RTÉ Guide, and I have been known to watch the most heartbreaking endings of popular TV series’ compilations on YouTube. And like my ancestors, my desire for potatoes (or any physical type of carbohydrate) is all-encompassing.

i hate pms more than i hate my actual period

No one told me the self-doubt can be crippling. That I would question my every move just because my hormones decided to go on their own version of a Leaving Cert holiday to Magaluf.

No one ever told me about the bursts of irritability that cause me to grind my teeth; like when there is no milk for my tea, or when I bite into a stale biscuit, or find myself on the bus to work sans-earphones which have been left on my bed.

No one ever told me about the chronic fatigue, the bloating, the cravings, the red cheeks, the hot flushes, the brain fog, the forgetfulness and everything in between.

The conversation surrounding PMS can be a somewhat guarded subject matter. Periods aren’t exactly something we bring up at a dinner table or over some eggs at brunch.

Some don’t recognize it as an actual ailment; it isn’t seen because it is an invisible condition. A woman going through the motion of PMS is often described with adjectives such as ‘crazy’ or ‘mental’. We are made to think that PMS is a story of fiction; something we have made up in our heads to coincide with our periods.

Related: Sleep deprivation and Menopause go hand in hand,
here are tips to help you sleep

Or, often at times outside of the PMS zone, periods and PMS are applied to any source of consternation and we are asked: “are you on your period?”

In my experience, many of these people are men; most of whom recoil at even the slightest talk of a tampon and would rather not know about the ongoing drama that is your uterus lining.

Nearly all women will experience PMS symptoms at some point in their lives. And some women will find that PMS is interfering with their normal day to day activities such as work. The exact cause isn’t known, but it is linked to changing hormone and chemical levels in the weeks prior to your period.

Those lovely hormones are the causes of the irrational anger, sadness, or paranoia that you may feel. They are the ones that make you feel sluggish and tired and not quite yourself. They are to blame for skin breakouts, the bloating, the intense cravings and ultimate crashes from the excess. 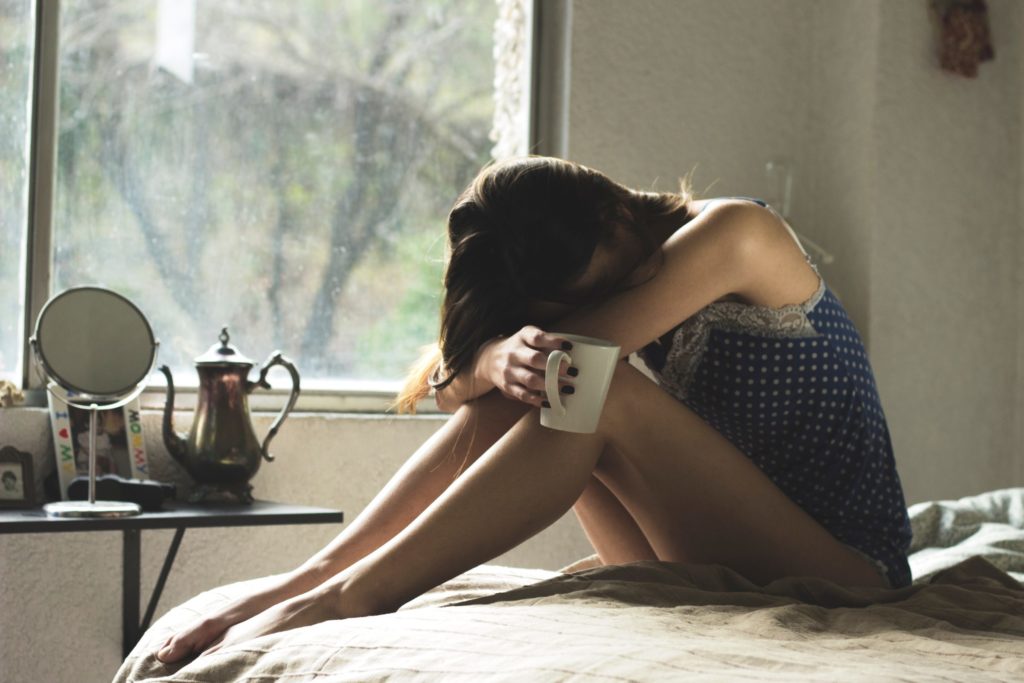 It isn’t you. It is the hormonal imbalance. Don’t forget that.

And for some time, I struggled to come to terms with the feelings it brought on. I thought I was going crazy. That this was me forever-more, and I would never be able to control it. But then, days later when the period comes – the fog lifts. Normality and my hormones are restored. Nevertheless, three weeks later, the cycle starts again.

What can you do to alleviate symptoms?

Lifestyle and dietary changes can make a big impression on how severe PMS symptoms may be and can drastically reduce the impact. These changes include:

In my experience what has also helped me with PMS is listening to my body. I ate the chocolate when I craved it. I rested when I felt like my body was going limp. And I’ve gone outside and taken a deep breath when it felt like my emotions were overruling my brain.

Don’t be embarrassed or ashamed of PMS, or of any of the weird and uncomfortable symptoms which come with having a period. They are bothersome and sometimes disturbing but they are natural. It’s ok to talk about it and say that you aren’t feeling ok.

So next time you find yourself in a battle against your hormones; just breath. And if anyone dares question you, just say defiantly and without apology: “I’m PMSing.”

If your PMS is severe or you have psychological symptoms such as depression, you may wish to contact your local GP or a health professional.

Find out more information on www.hse.ie

Read more: ‘The shame and stigma around periods has to end’