Mean Girls: Even Rachel McAdams had to deal with her own real-life Regina George

Two things startled me this past weekend: the news that actress Rachel McAdams, whom is immortalised in my head as a twenty-something-year-old in Mean Girls is 40 (this only means that I’m not quite as young as I feel on the inside) and the fact that tormentors, even long pushed into the back of the mind, aren’t easily forgotten. I don’t know how it happened that I stumbled on the messages; the thread from the summer years ago when my life was turned into a living hell for three months thanks to a bully that saw me an ample target.

Looking back, it wasn’t anything too sinister but I found it very difficult to deal with. The person in question had started rumours; leaving comments on other people’s social media profiles about me but never addressing me by name directly. They were calculated comments: on my appearance – she thought I wore “too much makeup” when in fact, my acne was still quite bad at that time so I felt the need to conceal as much as I could – comments about me going home with random men at will (which didn’t happen). Petty comments but potent and hurtful to my still-fragile self-esteem. All made to tarnish my innate nature to people-please, the fact that I generally got on with everyone.

What happened then was that I was effectively gas-lighted, though the term didn’t exist at the time. I would be told I was the ‘stalker’, other people in our circle would then be told the same, according to a friend. Even though I would simply message asking why she was doing all this, when I had only ever been nice to her. And I had, I’d always been nice.

Too nice, was the reasoning.

I still remember shuddering when I read that.

And I also remember how ashamed I felt; how my supposed “too niceness” had got me into that situation; how I had been conditioned to think it was my fault. How, as and adult, I didn’t cope with it well or do much to stop it happening. But that’s what happens, that feeling of powerlessness can take over.

That person was my Regina George.  The pretend-friend that’s likely secretly jealous and (probably) out to try to ruin you.

We all have one. Even the actress that played the character herself has one. It is, in fact, where she found her inspiration when playing her on screen. 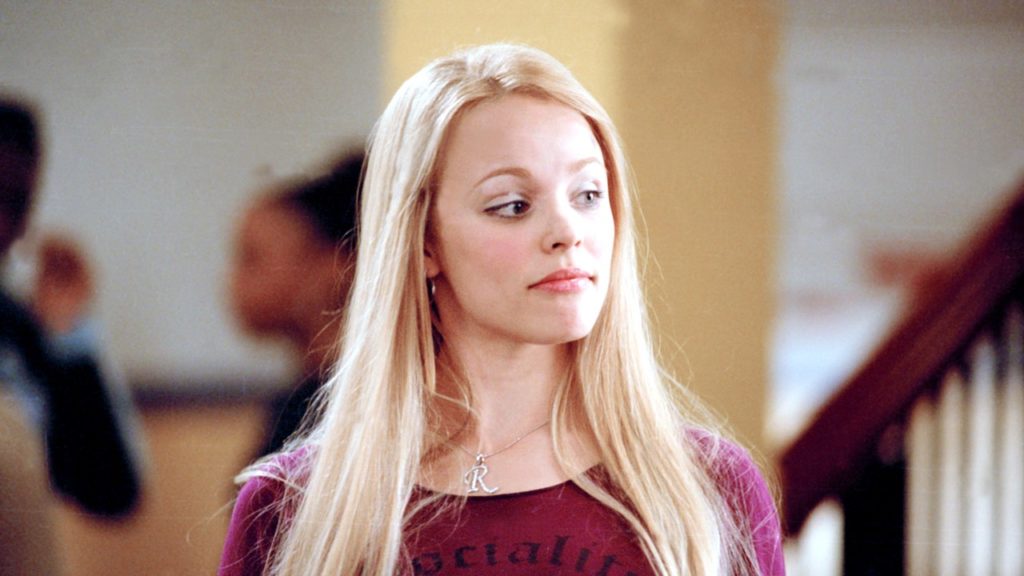 Rachel McAdams went down in movie history as Regina, the bitchiest of all queen bees, in the 2004 comedy, created by and also starring Tina Fey.

It was her debut role, and one that she relished playing; but McAdams says she was a very different teen in real life.

“I was not super popular,” the actor revealed, in a new interview with The Sunday Times’ Style magazine.

“I spent a lot of time observing the Regina Georges, curious about what made them tick.”

“I think everyone is the victim of Reginas”

The actress said she had auditioned to play the role of Lindsey Lohan’s character but was delighted that fate had other ideas.

“It’s much more fun to play the villain,” she continued.

And the appeal of Mean Girls hasn’t wained, even if her Regina Georges’ have – she says she still gets people yelling its catchphrases at her – “That’s so fetch!” or “on Wednesdays we wear pink” – as she walks down the street.

I don’t know why it made me feel slightly better; that someone as beautiful and other-worldly as McAdams had suffered her own Regina, but it did.

It’s a comfort – even if she never made ‘fetch’ happen.