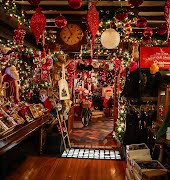 How to talk to your boss and partner about juggling work, childcare and home duties

More and more women are bearing the weight of the “Covid-load”, juggling increasing work pressures with childcare and home duties, writes Nikki Walsh. She finds out what sort of conversations we need to be having with our bosses, our partners and, most importantly, ourselves.

Mother, teacher, employee, cleaner, home help… These are just some of the roles women are expected to fulfil in our lifetime. But since the pandemic, most of us are fulfilling all of them, all of the time. “The pandemic has crystallised the issues facing women,” says Frances Fitzgerald, former Tánaiste and MEP. “Care is a huge issue. How do we place value on such work, how do we make it visible?”

For every working mother who has realised in recent months that her marriage is inequal, there is the part-time working mother who wonders if her job will still be there when this is all over, and more again who know that in the future they will just have to work harder for less. And that’s not counting the women on the frontline: the healthcare workers, the childcare workers, the personal care workers – the vast majority of whom are female – who are on the brink of burnout. So if we do not want to lose out on the progress we have made over the last decade, what do we need to do?

“It’s all about voice,” says Fitzgerald. “Speaking out. Drawing attention to what is happening. We cannot afford to keep quiet.” Transformation coach Niamh Ennis has been helping women speak out for years. “Boundaries are the most common problem,” says Ennis. “It’s inherent in all of us to be people-pleasers, and it’s easy to think it’s selfish to say so, but it’s not. If you are feeling resentful, that is a key indicator that you need to talk to your partner.” She urges women to rehearse these conversations carefully. “Ask yourself, what do I need from this? Sometimes it’s only to feel heard.” Keeping calm is vital. “Use ‘I’ statements, don’t go on the attack. Sometimes asking for help is the most disarming thing you can do.”

If like me, you began the crisis with a Mary Poppins-like enthusiasm, hand to heart at the sound of every ambulance, only to wilt in an exhausted heap in August, it pays to set your boundaries early. Anna, 42, is a mother of four, working in finance. “In work, there was a lot of noise at the beginning, a lot of ‘do what you can’, but that quickly changed, and the work was expected to be done,” she says. “Now I’m glad I spoke up early. I said a few days in, ‘I’ve got four kids, I will do my best, but I can only do so much.’ I was clear that I could not take on urgent work, and it was given to someone else. For me, the decision-making was easy because my children are always my top priority.” When other women spoke up, she was quick to pledge support. “I was at a departmental meeting where a woman said, ‘You just don’t get it – we can’t get the work done.’ And afterwards, I emailed her and said, ‘Fair play to you.’”

The pandemic has crystallised the issues facing women. Care is a huge issue. How do we place value on such work? Speaking out. We cannot afford to keep quiet.

For other women in other industries, the reality that they cannot work at pre-pandemic levels is the elephant in the room. “It’s not discussed,” says Freya O’Connor*, 43, a solicitor. “Most of the men at senior level have a stay-at-home wife or a nanny who was discreetly moved in, and they don’t get it, but they also don’t want to get it. It is never mentioned in meetings – it isn’t professional, and us women can’t find the space to say it, to let it all in.”

Some have had their hands firmly slapped, with emails after Zoom meetings referring to screaming children in the background as “disgraceful”, while others have been deemed “unprofessional” for taking Zoom calls at their kitchen table, despite the reality that there is nowhere else for them to work – their husbands, the higher wage earners, having already bagged the bedroom.

How do we respond in the face of such unjust criticism? According to Sophie Rowan, coaching and work psychologist and author of Brilliant Career Coach (Pearson UK), “Women need to hold the companies they work for accountable. They need to clearly communicate the challenges that are facing them, working in a completely novel set of circumstances, and to ask for constructive and tangible support. Companies, in the main, are keen to listen, and now is a pivotal time for leaders and those involved in HR and diversity and inclusion to show people how genuine they are in their policy-making. These conversations need to be calm, evidence-based and solution-focused. However, if that doesn’t work, then it’s time to approach someone in a greater position of power, including the CEO.”

We’ve had time to reflect these last few months, and now is the ideal time to campaign for more flexible work structure.

Of course, the most important conversations are the ones we have with ourselves. “The guilt was terrible,” said Anna. “I wasn’t doing anything well. I was expected to be everything to everyone, and I felt like a failure. But I kept telling myself I was doing my best.”

The support of other women is important. “We were all in the same boat,” says Anna. “We ranted to each other and we cried.”

It helps if husbands can acknowledge the load too. “My husband’s work were very quick to tell him, ‘Aren’t you great, doing all this with four kids,’” says Anna, “but he had the grace to say, ‘I’m not doing it, my wife is doing it, and she’s doing an amazing job.’”

All is not lost. Over a hundred years ago, when the Spanish flu was sweeping across the US, the American women’s suffrage movement allied itself with the crisis, making a contribution that helped them to secure the vote. “We have to see this as an opportunity to really accelerate how we think about these issues,” says Fitzgerald, “and to discipline ourselves to let men do more. I say this with a smile, but we are too good.” Rowan agrees: “We’ve had time to really reflect on our career paths these last few months, and now is the ideal time to campaign for a more flexible work structure.”

*Name has been changed.

This article originally appeared in the IMAGE Annual issue.

‘My brother faced stigma, red tape, long waiting times, under-resourced hospitals. In the end it was too much’