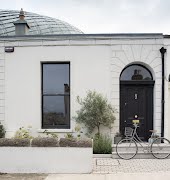 Is it possible to have a healthy relationship and sleep in separate rooms?

Rhona McAuliffe helps a reader with a problem. Below, a married woman asks if it is normal to sleep in separate beds.

I’ve been living with my partner for nine years now and we have two young kids under six. After the first one was born we started sleeping in separate rooms as it just made more sense, especially when we were taking turns with night feeds. We were still not getting a full night sleep by the time our second child came along and the arrangement continued. Now, our second child has just gone three and we are still in separate rooms. We’re occasionally up at night with them now but things are much better and we’re starting to feel more human.

We haven’t had sex in a long time and neither of us seems that bothered. We’re also both kind of happy with our current sleeping situation though there is an underlying fear that we are becoming house-mates, not lovers. My partner is also a chronic snorer so there are lots of reasons why sleeping separately makes sense.

Quite a few of my friends are doing this too and have no interest in returning to a shared bed. Do you think it’s possible to have a healthy relationship and sleep in separate rooms? I’m struggling to see the upside of sharing a bed at the moment as sleep is so precious to me and I do get on well with my partner most of the time. I also have no interest whatsoever in sex — I wouldn’t care if I never had sex again but know I probably should.

Essentially I’m looking for external permission to keep things as they are and commit to separate beds for life!

This is one of my favourite topics. For years, I’ve probed into the sleeping arrangements of my friends – acquaintances, people I meet on the DART –to understand how they navigate the complexities of long-term bed-sharing.

It’s not that I have a problem sharing a bed with my husband but I do sometimes feel that our opposing sleep schedules would be better served 20 feet apart. I thought I had your dilemma pretty sussed until my one-to-one field research – which concluded that fleeing the ‘marital’ bed had an adverse effect on relations and general intimacy – didn’t tally with my Google findings.

Side note, I also found out, while exploring bed-sharing proclivities, that one of my friends, who pronounced the death of her marriage circa 2014 and soon plans to leave her husband, still enjoys sex with him twice per week and they share a bed. So, you know, we’re all individuals, as Brian famously proclaimed.

In terms of reliable, measurable stats, a 2015 survey from the US National Sleep Foundation found that 25% of couples sleep in separate bedrooms. The survey also concluded that 62% of couples would like to sleep apart. So rather than being in a tiny minority, you are in fact in a secret majority.

You’re also on the coalface in terms of sleep deprivation. It’s recommended that we sleep for between seven and nine hours per night, depending on our needs and what it takes for us to feel refreshed. Anything less than our ideal nightly amount is referred to as a ‘sleep debt.’ For example, if your ideal weekly sleep quota is 49 hours and you have a bad week and only score 38 hours of sleep, ideally you would make this up on a weekend with lie-ins or early bedtimes. Despite feeling like your sleep is slowly returning, ultimately you have a six-year sleep debt.

The good news is you won’t need an induced coma to catch up but it will take a while for you to feel reinvigorated. A two-week holiday with no plans, in a remote location, with excellent blackout blinds is the recommendation. Back in the real world, simply sticking with what’s already working for you – separate bedrooms – is not a bad idea, at least until your husband consults with a GP about his snoring.

A lack of intimacy

What is likely to become more of an issue is your lack of intimacy. There are many famous couples who’ve admitted to sleeping in separate rooms to keep the flames fanned – or separate houses in the case of Frida Kahlo and Diego Rivera – prioritising personal space and wellbeing over clammy bed-sharing. And while Kahlo and Rivera had an often-toxic dynamic, they were never short on passion, or lovers, as it happens, as they were committed non-monogamists.

Your lack of sexual desire for your husband is not unusual, as you’ve slipped into a wholly practical agreement, though you might have lost your sexual self along the way. This may connect to your relationship with your body post-baby or even be hormonally driven.

Making an appointment with your GP to explore contributing factors would be a great first step when you feel ready. Talk openly with your husband about how you feel and ask him how he feels. You might find, as you suspect, that his libido has plummeted due to lack of sleep and that he is firmly in your zone, in which case he should also book an appointment with his GP to discuss it further.

The challenge of sex

What you might be surprised to discover, however, is that your husband is not in fact slave to his low libido but is too embarrassed to initiate sex or even broach the conversation with you for fear of being rejected. Few therapists believe that a truly sexless marriage or long-term relationship can survive and ultimately thrive, so finding a workable solution is key. This is especially important if you are in separate bedrooms and ruling out the chances of spontaneous, pre-sleep sex.

I know that feels way out of sync with your current starting point, where you are less than neutral about sex but that is also the beauty of it. The first two weeks, Conley admits, are work, but the pay-off is worth it. The idea is that after those 30 lusty days you are used to regular sex and settle into a new rhythm of intimacy. It also means you might save yourself a soul-plunging stint with a sex therapist. I mean if you can give up sugar or booze for 30 days, why not take up sex?

Understanding distracted driving and how it affects us daily