We came, we saw, we navigated a midlands lockdown and got battered by two storms. Wasn’t our Irish holiday great? No, seriously

Fingers dipping into plump, shiny olives beside a cerulean pool. The ubiquitous sun glistening over the Mediterranean Sea. Flashes of bougainvillaea against white-washed walls. The tart tang of Aperol. Wafts of gambas pil pil from a beach shack. This is the holiday we might have had, if Covid-19 hadn’t wrecked our buzz.

Although, when the Irish government lifted most of its travel restrictions, we were mostly too excited at the prospect of leaving our home counties than to lament about missed overseas adventures.

It had been four long years since my fella and I had taken a proper summer holiday together. But with my “day job” now furloughed, and both of us having a gamut of annual leave to use before September, we organised a staycation that we knew would be considerably wetter, cooler and more expensive than its 10-day counterpart in Spain. And we had a ball.

Here’s what we all learned from holidaying in Ireland this summer.

The very idea of organising anything this year has a whiff of cat-herding about it, a success rate on a par with waxing one’s own bikini line or keeping the “home office”, ie dining table, Kondo-tidy. With all the twists and turns of lockdown, green lists and precisely which businesses can, or will, open, many of us were cautious about booking staycations. Self-catering lodges were snapped up first, unsurprisingly, while hotels and lodgings outside the storied hotspots of Kerry, Cork, Waterford and Connemara, offered more competitive packages.

Whereas some holidaymakers were hesitant booking digs, they were quick off the mark with restaurant reservations. You were literally more likely to spot Fungie than get a table off the cuff in Dingle during the second weekend of August. Everywhere were hand-written notes on eatery windows, declaring, “Fully booked until Thursday” – great for business, but deflating for those of us who usually decide on the day what kind of cuisine you’re craving.

But remember there’s no such thing as “usually” anymore, so if you’re planning a staycation during midterms, Google the bejesus out of the local dining scene and prebook as many meals as you can then fly by the seat of your pants. Trying to second-guess what food mood you might be in a week from now is a nuisance – but much less stressful than ringing every single outlet on the main street on a daily basis, not knowing if your hot meal later will be a jambon from SuperValu. 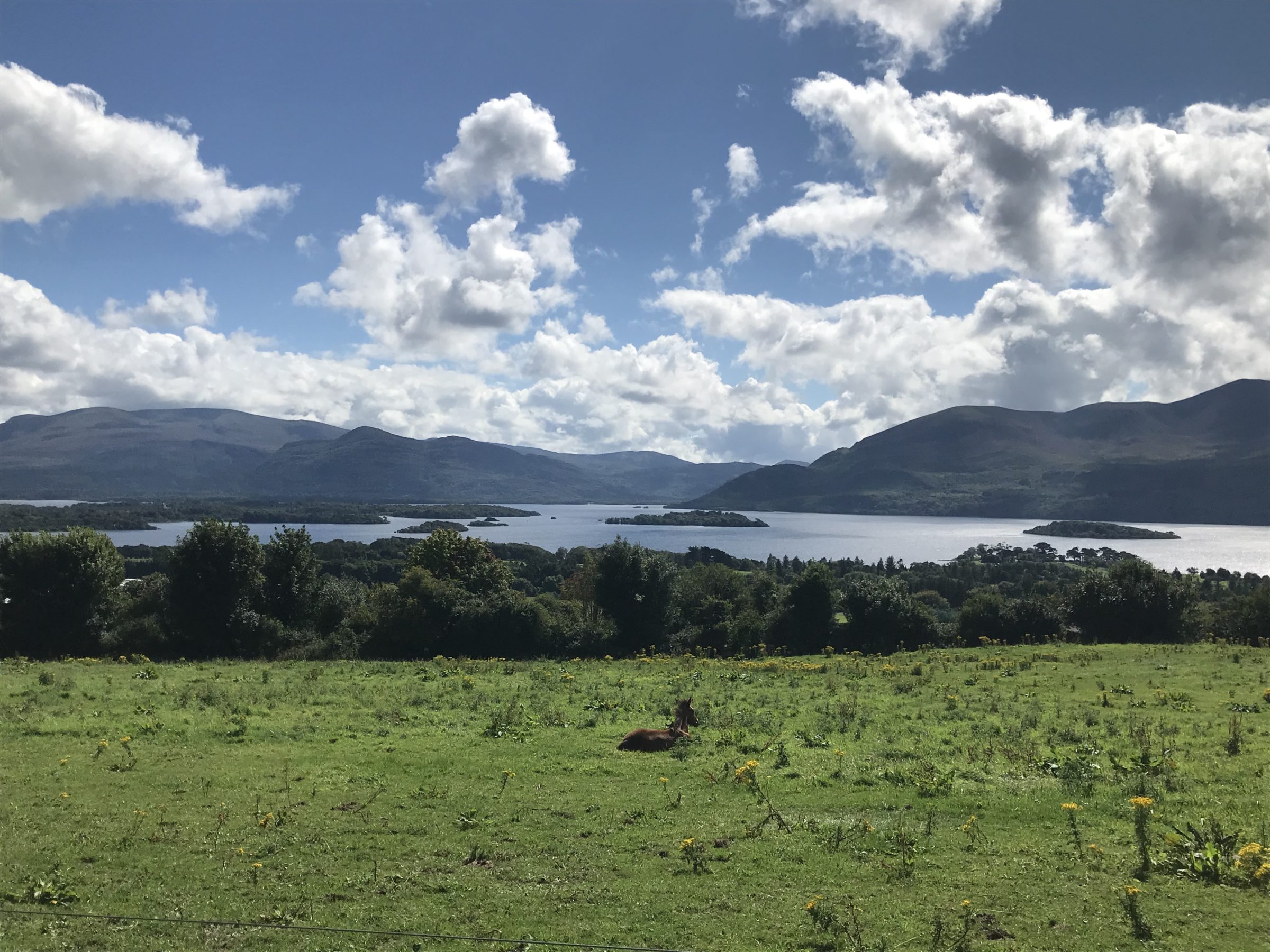 Ireland is expensive – but the landscape is priceless

There are many reasons we like overseas holidays, chiefly warmer, settled weather and cheaper treats. Even in the most expensive European cities you can pick up a cheap bottle of decent plonk at the local tabac, which is not to be said of even Irish supermarkets.

North American tourists to Ireland are worth their weight in gold economically, staying in the country longer and spending more per trip than the average visitor. Nearly half are more than 45 years of age, bringing with them a disposable income that barely flinches when dropping €25 on scampi and chips in a charming pub on the Wild Atlantic Way, their premium, Route 66-standard hire car waiting outside.

Without them, it’s left for us to pick up the tab, and it’s only when you’re a tourist in your own country that you realise quite how costly eating out is twice daily. City outlets are obviously more competitively priced and have a broader pay-scale, from bakeries to burrito bars to fine dining and everything in between. But in the more bucolic likes of Kerry, Waterford and Limerick, you can easily spend a fortune on standard pub-grub (if it’s true that you are what you eat, and you’re on a budget, when in Dingle expect to be fish’n’chips or a toasted sandwich).

None of this is a surprise to natives: last year, Ireland was ranked in the top 15 most expensive countries to live in, ahead of France, the Netherlands and Australia. But that’s just economics. What of its other assets?

Ireland, of course, is a big, gorgeous ride. “Foreigners” have always told us this – well, not in so many words – however when you’ve spent the past decades jetting off to sunnier climes, exploring one’s doorstep is like discovering these ancient landscapes anew. From the imposingly castellated Skelligs to porter-black lakes in the midlands, to the Burren’s deceptively eco-rich limestone crags, our natural world is marvellously diverse.

And with so many of us reconnecting with nature during the lockdown, hikes, boat tours and eco trails have never been more highly prized. Expect to see a spike in new campsites, glamping resorts and environmentally sympathetic lodges, such as Cabü by the Lake, next spring. The days of big, fat wedding hotels on the outskirts of towns are, if not numbered, in serious retrograde. 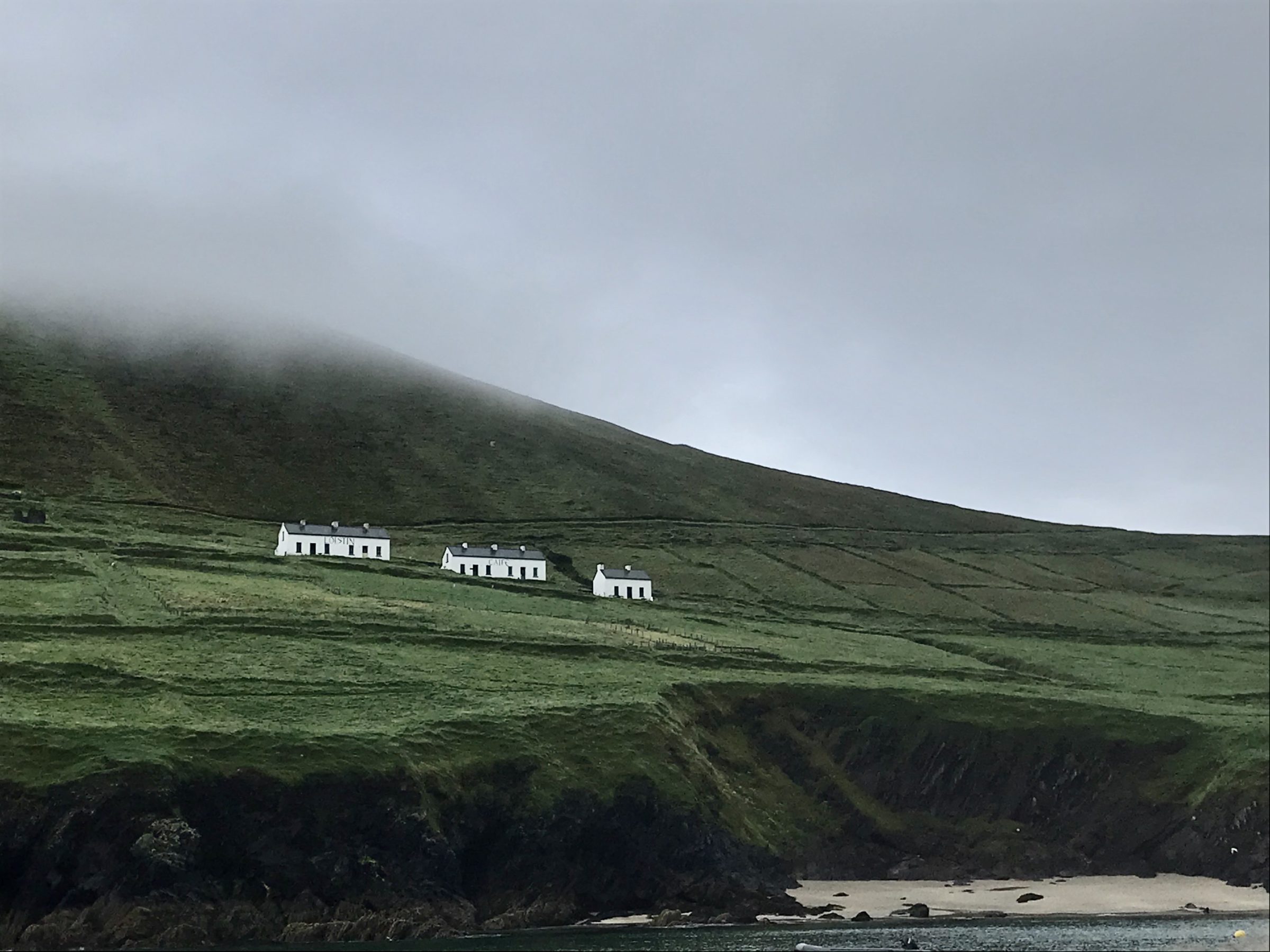 Our Kildare-Dingle-Killarney-Athlone road-trip was cut short by four nights, thanks to a midlands lockdown at the beginning and then Storm Ellen at the end. Somewhere in the middle, we got up at arse o’clock for a Blasket Islands expedition, not knowing if the vessel would even be allowed to cut through the pea-souper that had descended around Dingle Harbour (It was. Hoorah!).

Disappointing, yes, but after being cooped up together for so long, we were just glad to be anywhere at all. Not being able to retreat to a pub during a downpour was strange, the excuse of going for a pint “while the weather clears” (ahem) no longer viable. Instead, we stopped crying into our cans and embraced the four-seasons-in-one-August by slipping on our waterproof slacks, pulling up our Wellies and sheltering from the drizzle beneath canopies of woodland. Wholesome holidays – who knew?

Those who lockdown together stay together

I’ve said it before and I’ll say it again: it’s not where you go but who you’re with.

If you survived the lockdown with a partner or family members, you will survive a short staycation blighted by bad weather and Bailey’s cheesecake. Being in each others’ faces at home during a highly stressful world event means you are now so much quicker at avoiding standard holiday bickering concerning car-parking spaces and who has the keycard. You are winning. You are a Relationship Expert.

Moreover, a lack of nightlife means earlier nights to bed, zero hangovers and rosy-cheeked outdoor activities that might not cross our minds in Lisbon, Barcelona or Marbs. In the searing heat, I can barely lift a Kindle; in Ireland, we walked more, talked more and enjoyed companionable silence with clear heads and knitted hands.

First world problems, yes, but if spas and hydro amenities are your thing and you’ve a penchant for loafing around tepidaria and reading magazines on heated water beds before sinking into a somnambular stupor, you’ll be bitterly disappointed by the restricted areas, due to Covid. Obviously, sweating your face off in an infrared sauna ain’t worth any infectious disease – but you will dearly miss luxury cocoon-ment of yore before and/or after your treatment.

Similarly, booking a time to use the pool at your convenience can be as easy as trying to get a table at a local restaurant, and will almost certainly involve wearing togs under a robe to get to and from, as many changing rooms are currently forbidden. 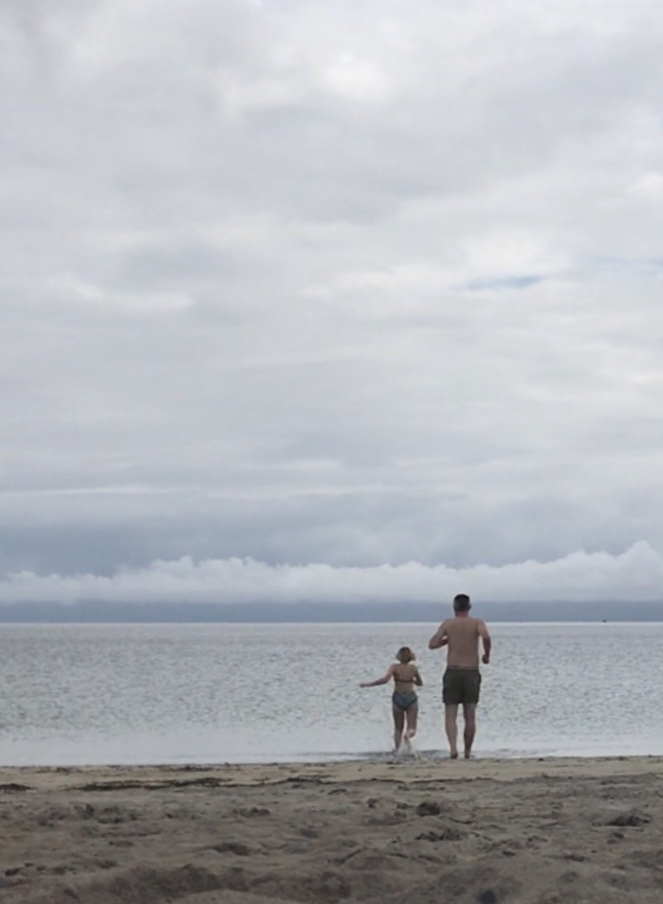 Sea swimming is the new baking

Homemade banana bread and sourdough were stuff of lockdown legend, neither of which I partook in because baking just isn’t my (organic, stardust-infused) jam. But then I never, ever imagined I’d run into the Atlantic Sea wearing a two-piece. Nor did my boyfriend, who knows me to be a 100 per cent wimp. But I jumped right on that sea swimming bandwagon.

Four summers ago, I commissioned a Dublin sea swimmers feature for Cara magazine, its diehard disciples on the far-distant fringes of the mainstream, though hinting at a potential trend. Now, we’re all at it – even me, apparently, a grade-A wuss who spends an hour getting to waist-height in the Med and won’t even look at a swimming pool unless it’s bathwater warm. And yet somewhere along the line I grew some balls and joined the club.

Every age group was accounted for along the shores of Co Kerry. Some were in wetsuits, some were not. Most were sturdy locals, the very notion of a sea swimming “trend” more ludicrous than bum implants. Dipping is what they do. But I do not, and so I burst out of my comfort zone and stayed in the sea for 14 minutes (yes, up to my neck, not up to my ankle). It was amazing, and I now understand why cold-water bathing has an almost evangelical fanbase.

I too will be coming to a frigid beach near you soon. I’ll be the one running, squealing – then pogoing – before eventually chilling. Literally, psychologically, spiritually.

This charming home on the west coast of Clare is on the market for €245,000