Coming soon to Apple TV Plus, Roar is the new female-driven anthology series that is bound to get the internet talking. Based on a collection of short stories by Irish writer Cecilia Ahern, the eight-part show tells “futuristic and magical realism stories that mirror the common dilemmas of modern women in today’s world”, as per Variety.

And it has quite a stellar cast too with the likes of Nicole Kidman, Cynthia Erivo, Alison Brie, Issa Rae, Merritt Wever, Betty Gilpin, Meera Syal, Fivel Stewart and Kara Hayward all signing on to be involved in the project.

Co-created by Liz Flahive and Carly Mensch, the creative tag-team behind the Netflix hit GLOW, the series takes the form of eight half-hour “darkly comic feminist fables”, all told from a uniquely female point of view.

According to the official synopsis for the series: “Roar offers an insightful, poignant, and sometimes hilarious portrait of what it means to be a woman today. Featuring a unique blend of magical realism, familiar domestic and professional scenarios, and futuristic worlds, these eight stories mirror the dilemmas of ordinary women in accessible, yet surprising ways. How they emerge from their respective journeys speaks to the resiliency that exists within themselves, and with all women.” 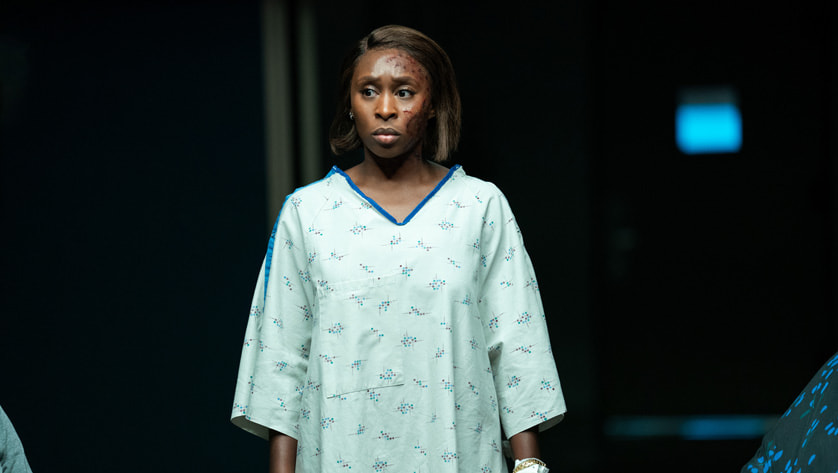 Sticking quite closely to the topics covered in the collection of short stories, the series explores dilemmas and aspirations that women everywhere will relate to, with “startling and often hilarious results”. Covering everything from marriage and childrearing to politics and career, the heroines of these thought-provoking stories confront problems both mysterious and mundane. Each one wrestles with different obstacles and their realities are shaped by how others perceive them – and ultimately, how they perceive the power within themselves.

As previously mentioned, the project has a very impressive line-up of talent involved with Academy, Emmy and Golden Globe Award-winner Nicole Kidman heading things up. In addition to starring, Kidman also acts as executive producer on the show, working together with a handful of others including Ahern herself, who described the actress as “such a pro”. “She’s so professional, so talented and really into all aspects,” she continued.

When will it premiere?

In the works essentially since Ahern’s book was first published back in 2018, things properly got underway last year when filming kicked off over in Sydney in July. Sharing a photo of herself sporting a new pixie crop, Kidman simply captioned it “On set #Roar #FemaleFilmmakers”.

Production wrapped a couple of months later in September, with Ahern noting that Blossom Films – the company that is bringing the series to life and are responsible for other shows such as Big Little Lies, The Undoing and Nine Perfect Strangers – “know exactly what they’re doing”.

“What they’re doing is making women-centric stories, because there just weren’t enough, but they’re for everyone,” Ahern told RTÉ. “You notice the difference when you’re watching a TV show and suddenly the woman is at the centre of the story and they’re not just the wife. For a woman, that’s really exciting.”

Utterly thrilled that Roar has been picked up for the silver screen, the author continued by saying, “It’s incredible, particularly that collection of stories because I wrote it on the side. It was something I was writing for me. I desperately wanted it to be a TV series. I didn’t know it would be published; I didn’t think it would be something that my publishers would want because it’s very different.”

Not due to premiere until April 15, Roar will join a growing lineup of other highly-anticipated female-led Apple Originals on the platform.

Nigel Slater’s peas, pappardelle, parmesan is spring on a plate