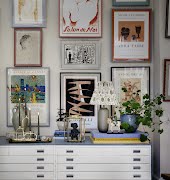 Megan Fox reflects on her career and what she describes as a “ruthlessly misogynistic” industry.

Actress Megan Fox has spoken out about what her experience of the limelight has really been like over the years, admitting that one particular interview was “a microcosm” for her “whole life and whole interaction with Hollywood”.

Speaking to The Washington Post about her stacked schedule of upcoming movies, the star said that she’s been very intentional about what roles she takes on in recent years. Commenting that she definitely thinks past jobs have shaped public opinion of her, Fox began her career at just 13 years old.

Making her debut as Brianna Wallace alongside the Olsen twins in Holiday in the Sun, she was usually typecast as the popular high school mean girl, admitting “When I was a teenager, all those little movies I was doing with Mary Kate and Ashley Olsen, and then Linsay Lohan and Kaley Cuoco, that was essentially the exact same character. All of my lines were interchangeable.”

Going on to land a role opposite Shia LaBeouf in Transformers, it was the horror movie Jennifer’s Body that really shaped how people saw her – at least in Fox’s opinion, anyway. “I think there has been a pervasive perception of me as a shallow succubus, if that makes any sense, for at least the first decade of my career,” she said. “And then that started to change more recently as people revisited some of my interviews, listened to me speak and started to see me in a different way.”

“More than being overlooked for my ability to handle comedy sometimes, I’ve always been surprised by how easy it was for people to overlook that I’m relatively intelligent,” she told the Post. “I was like, how does that get so lost when there’s ridiculous amounts of material that can educate you otherwise?”

Subsequently fired from the Transformers franchise for comments she made comparing Michael Bay’s directorial style to Hitler, Fox said that she had become increasingly frustrated with how women were being treated in the industry. Going on to explain exactly why she was so fed up, the Tennessee native referenced one interview as an example.

A guest on Jimmy Kimmel Live back in 2009, she spoke to the US talk show host about a small part she played as an extra in Michael Bay’s movie Bad Boys 2. Opening up about her experience of being sexualised as a young working actress, she detailed how it was somehow deemed appropriate for her to wear a stars and stripes bikini and dance under a waterfall… as a 15-year-old minor.

“They brought me in and I was wearing a stars and stripes bikini and a red cowboy hat and like, six-inch heels, and he approved it. And they said, ‘You know Michael, she’s 15 so you can’t sit her at the bar and she can’t have a drink in her hand’. So, his solution to that problem was to then have me dancing underneath the waterfall getting soaking wet. And that was at 15, I was in tenth grade.”

Expecting the audience to be sympathetic to her story, Fox was stunned to find that they merely laughed at her instead, with the actress describing it as “a microcosm of my whole life and whole interaction with Hollywood. It was just very dark.”

This is the clip of Megan Fox Interview with Jimmy Kimmel that is trending now. Megan Fox describes Michael Bay as tyrant.#FoxNews #Tyrant pic.twitter.com/5yJIPfe3bP

Resurfacing online again last year, many were outraged at the lack of initial furore over the story. Adressing the viral clip in a series of Instagram posts, Fox thanked fans for the renewed “outpouring of support”. But, it seems that the interaction was just another day in the life, and while some of the specific instances being discussed were “inconsequential” in the grand scheme of things, she had “endured some genuinely harrowing experiences in a ruthlessly misogynistic industry”.

“I was so lost and trying to understand, like, how am I supposed to feel value or find purpose in this horrendous, patriarchal, misogynistic hell that was Hollywood at the time?” Fox recalled. “Because I had already been speaking out against it and everyone, including other women, received me in a very negative way for doing it.”

Unfortunately, Megan’s tale is nothing we haven’t heard before – the phrase “disappointed but not surprised” comes to mind. Just like Lindsay Lohan and Britney Spears and Taylor Swift and the endless succession of others, women have been battling such treatment all through the ages. “When I was fighting, even back then I felt like I was connected to Joan of Arc and all of these women who’ve been persecuted all throughout time,” Fox confessed. “I was like, ‘I’m aligned with every woman that’s ever gone through this since the beginning of f*cking history’.”

Things have improved somewhat thanks to a post #MeToo world, but there is still a very long road to go until true equality is achieved.