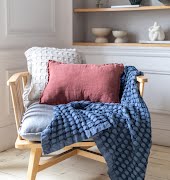 The clip is going viral but not for good reasons.

Is it no surprise that there is (finally) a reckoning beginning over the treatment of young women in the public eye?  It is awful to think that this awakening came at the cost of so many. From Britney Spears to Caroline Flack and Meghan Markle – it is the lives of real women that were and are still made fodder for gossip columns or entertainment purposes. Some like Caroline tragically never saw the other side of it, Britney effectively spent a decade as a prisoner in her own life and Meghan gave up her life and moved countries to begin again.

Saying and sharing #BeKind is all well and good, but it means nothing if those who should be, are not held to account. This is only one of many reasons this particular clip of Jennifer Aniston on David Letterman is going viral.

It starts out as these chats normally do, but gets creepy as the Friends star shared an anecdote back in 1998 about running into fans in her gym’s steam room and Letterman asks how many “naked women” were there and if they were “sweaty.”

Letterman scooted his chair behind Aniston’s and told her, “Forgive me if this is rude, I just want to try one thing.” He then placed a tendril of the actress’s hair into his mouth – this is after he leans in and she literally shouts ‘what are you doing?!’ –  sucking on it as he slowly pulled away. Aniston being the trooper that she is played along, laughing through the act, but there’s no missing her disgust as Letterman handed her a tissue because she had to dry her hair of his saliva.

Is it worse this gross invasion of privacy was done under the guise of entertainment (what exactly was the ‘joke’ here?)? Or that Aniston had to go along with it and was made apologise for her reaction to his behaviour?

The audience (and Jen herself) may have laughed along then, but no one is laughing now.

And Aniston isn’t the first celebrity Letterman tried this behaviour with. Another clip shared featured Lindsay Lohan on his show in 2013. The talk show host ambushed Lohan with questions about rehab. Despite her protesting, “we didn’t discuss this in the pre-interview,”  he continued to make jokes about her struggles with addiction, visibly ignoring her discomfort (sure, she laughs along with it, but what was the alternative?).

It may have been years ago but misogyny is still misogyny – and it’s simply not good enough.