The third and final (sigh) season of ‘Derry Girls’ is here and Sarah Finnan got a sneak peek of what’s to come… and it’s good. It’s very, very good.

Going to the red carpet premiere of anything was always going to be a big deal for little old me… getting to go to the season three premiere of Derry Girls? Major. I think it goes without saying that I’m a big fan – huge, even. Though that shouldn’t come as a surprise, most of the modern world is. 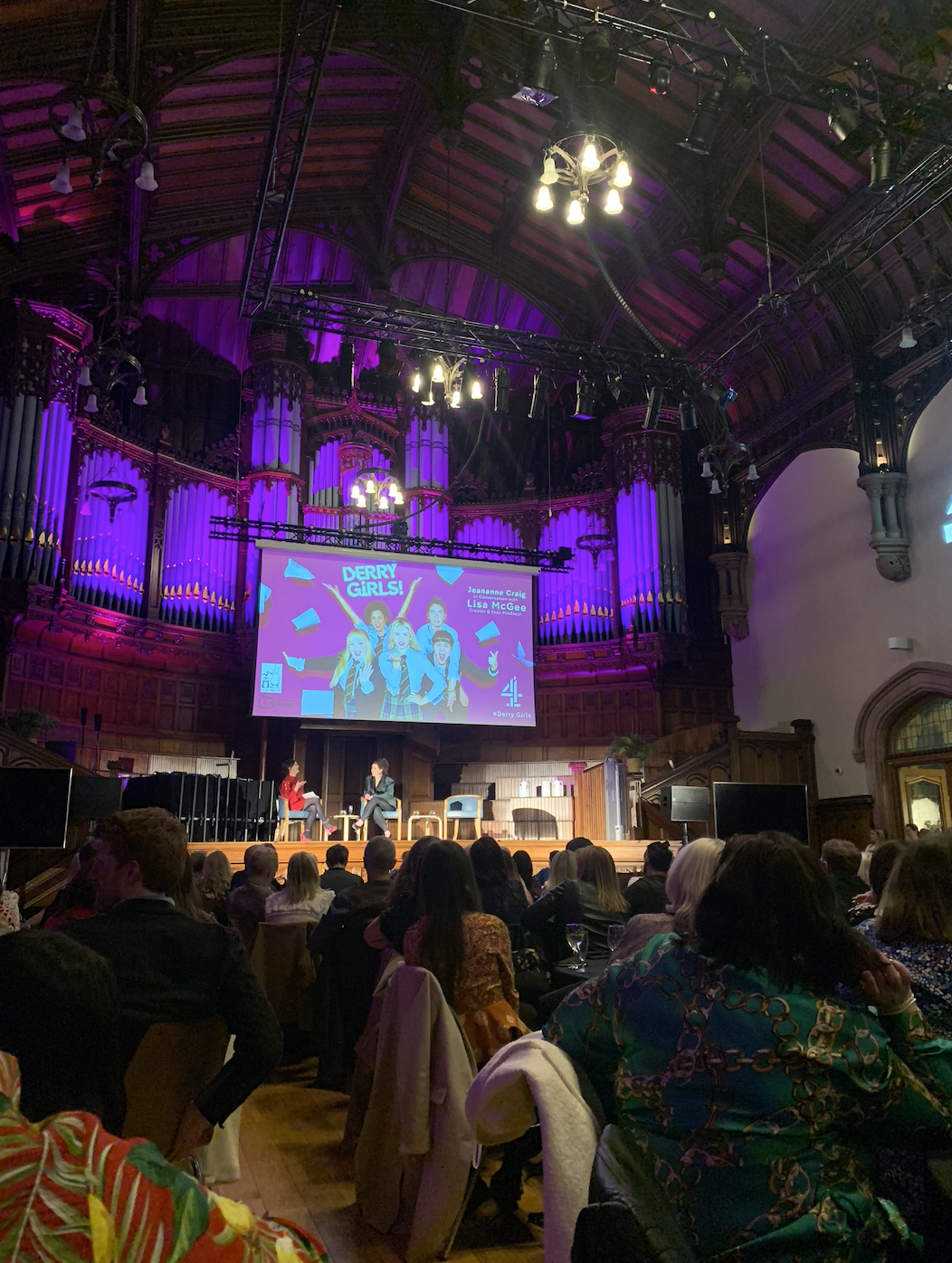 Season one established it as the most-watched TV show in Northern Ireland ever and season two only further solidified that success, drawing in over two million viewers per episode. It was also Channel 4’s biggest comedy launch series since 2004. “This level of popularity is proof positive that Lisa’s crafted not only a proper gem of a comedy but also one which is run through with authenticity and relatability,” Fiona McDermott, head of comedy at Channel 4, said of the second season back in 2018.

Four years later and the hype surrounding the upcoming third season has only intensified. Confirming that there were still more episodes yet to come in April 2019, the finished product was initially due to be released much sooner… but then the pandemic hit and filming plans were inevitably thrown off-kilter. Production finally got underway in October 2021 and the project wrapped towards the end of last year. A couple of months later, we got the trailer (on Paddy’s Day, no less) and well, now, the wait is finally over and series 3 returned, with one massive guest making an appearance in the first episode.

Invited up to the Omniplex in Derry to attend a private screening of the first two episodes of the new season, I headed off on my merry way not really knowing what to expect. Obviously, I knew it was going to be great, but admittedly, I was a little nervous. Lightning rarely strikes twice and Lisa McGee had somehow already achieved the unachievable with the first two seasons of the hit show… and that was before there was really much public interest in the series. Things are different now. People are thoroughly invested in the lives of the Derry Girls – they’re characters we’ve come to know and love over the past 12 episodes and there’s an expectation that things will culminate just as we want them to.

How does one capture that same magic for a third time? Only a writer of Lisa’s stature could do so and make it look easy too. 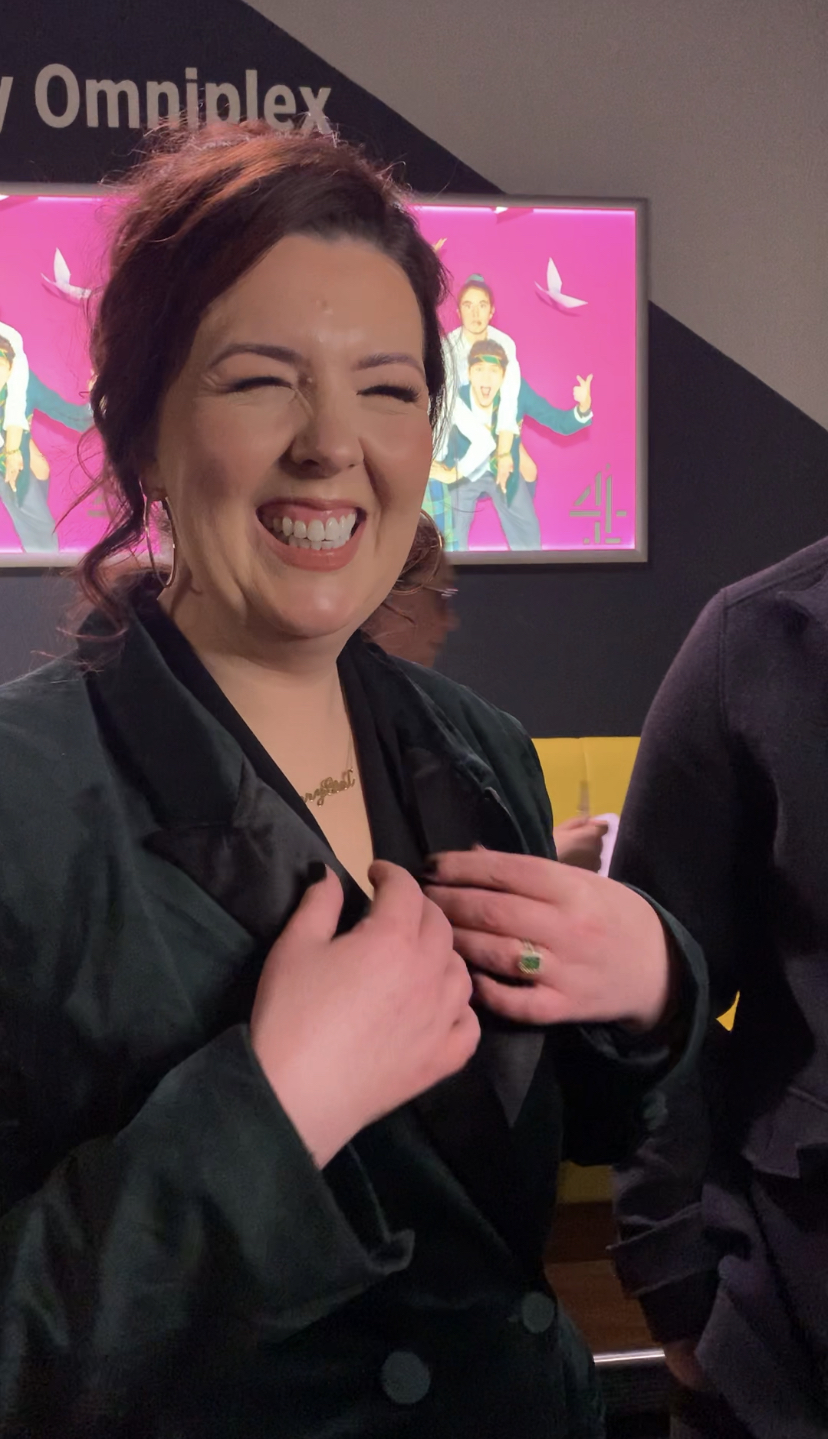 Devastating fans with the news that the story would come to a close with this season, Lisa said that she always intended for it to be this way – partly because most of her own favourite shows (e.g. Father Ted) ended after three seasons too, so it just felt right. “It’s also a show about teenagers,” she said at a Q&A after the premiere. “It’s a period of time that goes by in a flash, so I wanted this to be reflective of that.”

Understandably hesitant to give anything away, she did admit that the final episode is her favourite thing she’s ever written in her career thus far, and with two seasons of hilarity already under her belt, that’s really saying something. “They grow up a wee, wee bit, but they still get into a few scrapes,” she laughed, before adding, “they mostly are still eejits.”

Once commenting that the show is 10% personal development, 90% chaos, it’s a description that I personally relate to very much as that’s essentially the bio for my life. 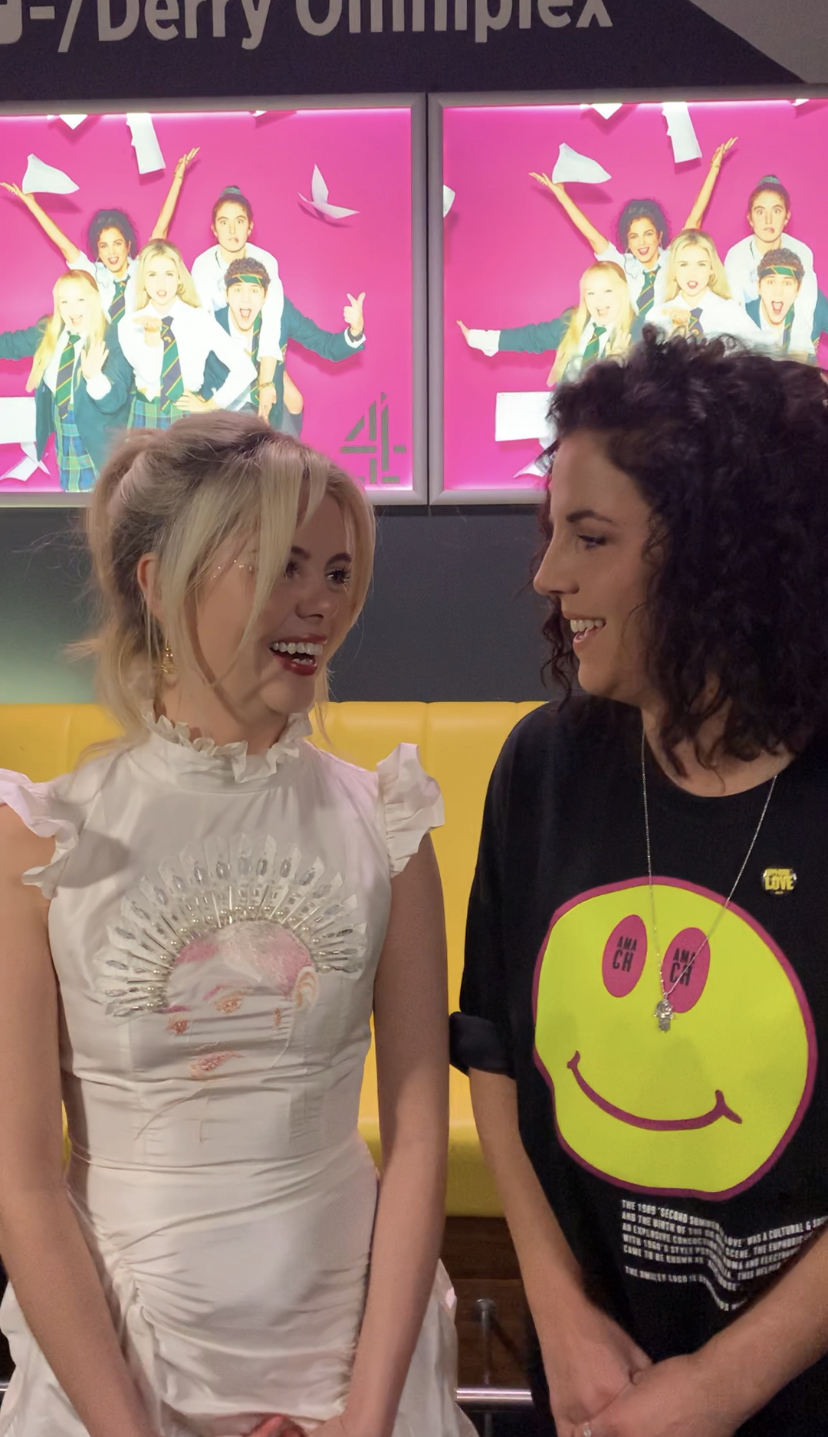 Unfortunately, I’ve been sworn to secrecy so whilst I can’t share any spoilers, I can tell you this; new episodes bring more mischief, more brilliant one-liners and more surprises than ever before. There’s also that celebrity cameo that garnered as many audible “oohs” from the audience when I first saw it as it did on Twitter when the first episode aired.

What does the show’s appeal really boil down to? Art Campion, a.k.a Father Peter, attributes it to having such heart at its core. “The show has longevity but it’s got huge depth too. It’s anything but surface comedy. It’s all rooted in something a lot deeper and that’s why I think everybody loves it, because you can connect with a lot of very real emotion.”

Ian McElhinney (famed as the hilarious Granda Joe) agreed. “There’s a strong sense of community there. The fact that it’s young kids, adults, grandparents – you have three generations of family, tightly bonded together – there’s a real sense of how the whole community ticks.” 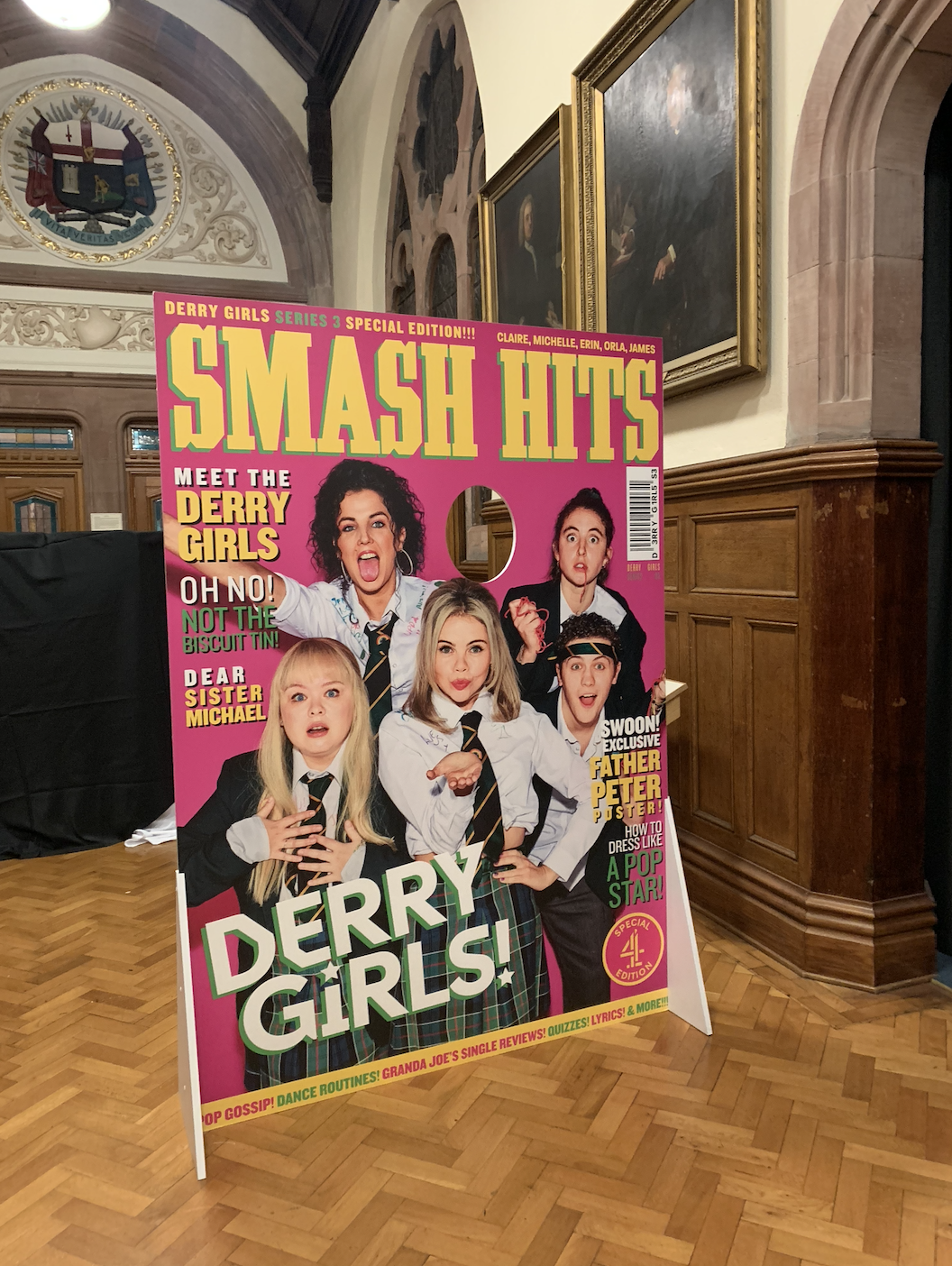 That sense of community doesn’t just start and stop on-screen either, and what struck me most about the whole experience wasn’t the glitz and the glam, but the feeling of family togetherness that permeated the room. I may not have other premieres to compare it to, but even I could tell that that was a rarity.

Loved this moment at the Derry Girls premiere when Saoirse-Monica Jackson took a minute out of our interview to hug her granny. There was a lot of emotion at the Omniplex for the premiere of the final series of Lisa McGee’s hit drama. pic.twitter.com/sVok8EsFrX

Unlike other big media events, this was very much a local affair. Each of the screening rooms were filled with close friends and family of Lisa and the cast. Saoirse-Monica Jackson stopped an interview to “give [her] granny a wee hug”. Jamie-Lee could be heard imparting her best Curly Girl Method hair tips to passersby. The two women’s drama teacher beamed as she told me how proud she is of her former students. 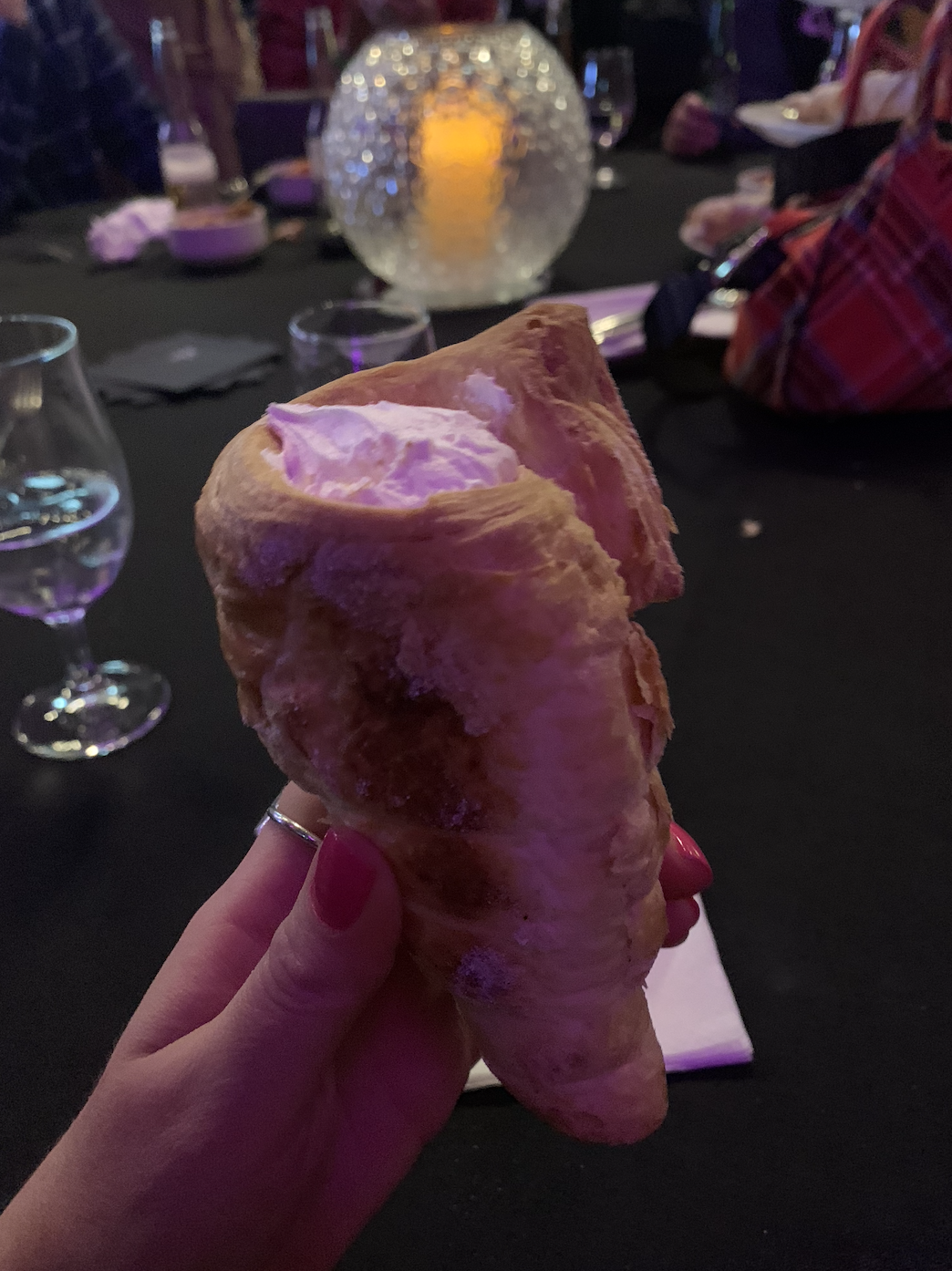 The Q&A that followed the screening was more like the afters of a wedding than a press event. I sat at a table with Saoirse’s entire family, who showed me the best way to eat a cream horn (eat the cream inside first, if you’re wondering), shared their chips with me and advised me to come back to Derry for Halloween. Behind me, Lisa’s group of schoolfriends – the original Derry Girls who the series is loosely based on – clapped and cheered at every interval. The whole thing was very surreal… but somehow it all made sense. The phrase “only in Ireland” comes to mind here.

He may be biased but he’s also right, it is fabulous and season three will have you laughing, crying and wringing your hands at the injustice that it’s almost all over.

Catch season three of Derry Girls on Tuesdays on Channel 4 at 9:15 pm.

Home of the Year: Peek inside the gorgeous 150-year-old farmhouse that took the crown