Gordon and Maggie Kelley's shipping container house in Ringsend is a brave adventure, bringing the idea of recycling to new and beautiful heights.

Where does the story of Gordon and Maggie Kelley’s intriguingly brilliant home in Dublin’s Ringsend begin? Was it when Gordon was out on the water with his local Poolbeg Sailing Club, eyeing up Dublin’s docks from the sea? Or maybe it was earlier when he stored his father’s furniture in a shipping container awaiting the day he would have his own family home? Perhaps the seeds of the idea came from even further back, when Gordon’s great-great-grandfather, Robert Moore, financed the original modular shipping container, to transport fruit  – a fact that Gordon only discovered when he began to research his project.

Gordon himself dates the germ of his idea to a stay in Co. Leitrim. “We had some friends who were building a house out of cobb. We helped them to raise the frame, like a big Amish-type event, and I loved the idea of using local materials to make a home.” The family were living in East Wall at the time, where the Port is a constant presence, and so the idea was born: to use these containers, known as One Trips – because they just make one journey from China to Ireland – and put them together, side by side and up and down, to make a space to live. 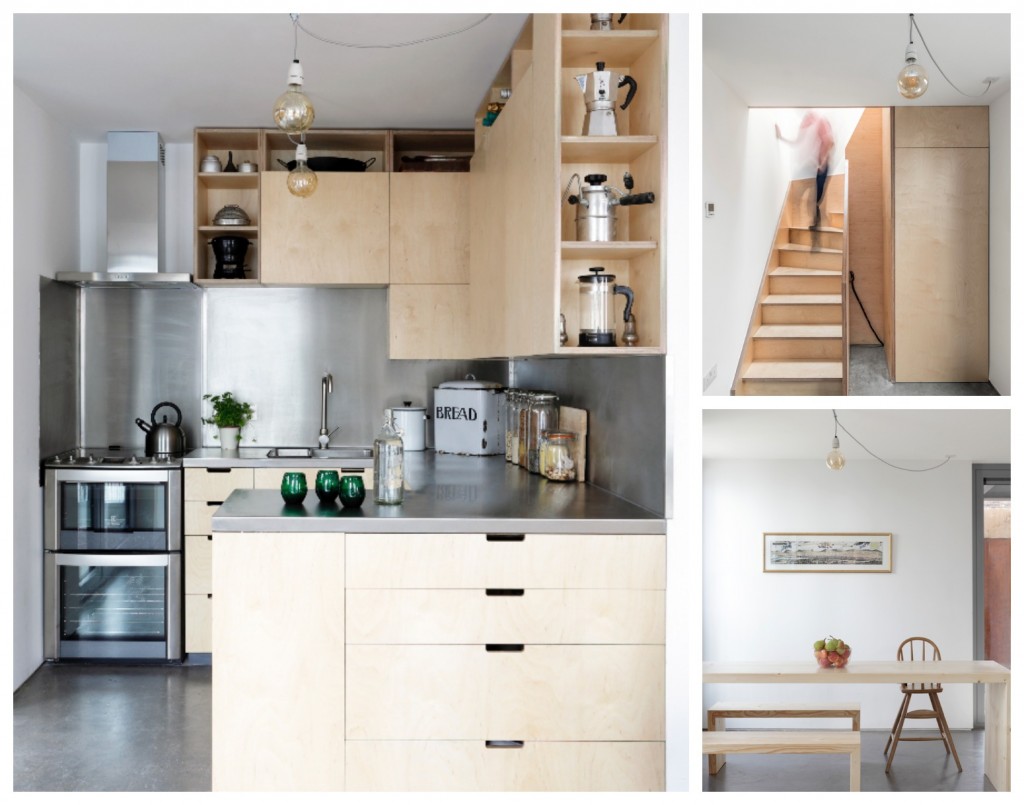 And that was where the fun began. We’re sitting in the serenely peaceful and sunny kitchen on a quiet morning, drinking coffee and eating croissants at a table specially made from scaffolding planks. “I wanted the inside to reflect things that were industrial and useful,” Gordon says. And if that makes you think the space is cold and utilitarian, think again, as the effect is softened with lovely light, together with the family’s heirloom furniture, and favourite artworks depicting ships and the sea.

It’s a quiet street. When the windows are open, Gordon can hear people remarking on the house as they pass by. “They don’t all love it,” he says, though many do. Opposite, a building has been converted into a church, where a pair of signs read ‘Abundant Grace and Praise’. I mention that the family deserve both for this project, and Gordon agrees that it wasn’t always easy. “While the planners were happy to sign off on the plans, the banks wouldn’t back us,” he remembers. “So we moved in with Maggie’s parents and saved. It makes me so mad,” he continues, “when I hear bank adverts that say they’re supporting innovation, because when it comes to housing, they clearly aren’t.” 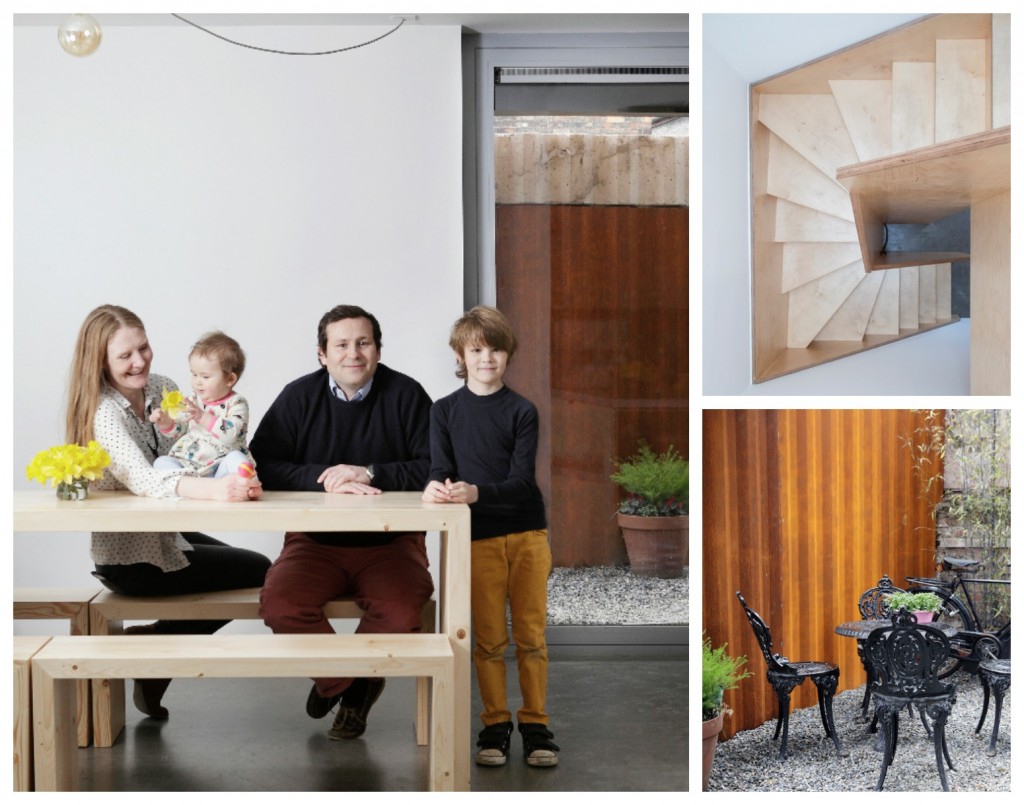 The total cost of the build escalated too. At €300,000, it was “wildly more expensive than we’d thought,” says Gordon ruefully. With the seven containers costing just €3,000 each, a third of the budget ended up going into the ground, as the land in Ringsend is notoriously soft. Another problem was that shipping containers are really good at doing their job, but as soon as you start making holes in them for windows, stairwells and doors, they begin to lose their integrity.

This was the challenge for Matthew Beattie, Deirdre McMenamin and Dougal Sheridan of LiD Architecture, along with builder JP McGann. LiD had worked on an unbuilt idea for a shipping container project – Dublin Parlour at the Point Village, so he was the obvious choice for this adventure. Meanwhile, McGann says that it was the spirit of the project that drew his team. “It’s like riding a bicycle, it looks easy until you go to do it yourself,” he says. “But if it’s mad and no one else can, or wants to do it, we’re there.” 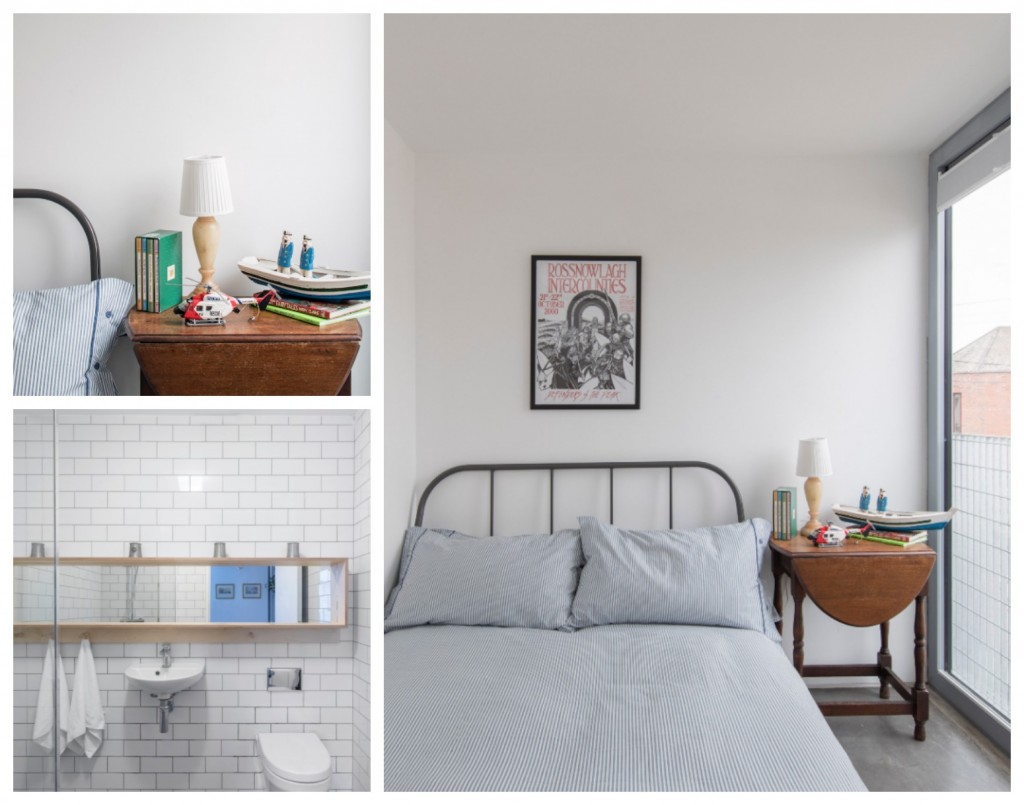 This approach has served the Kelleys well, and Gordon is full of praise for everyone who got behind the family to help make it happen. It became something of a meitheal, the Irish term for a project in which the whole community helps. Now Gordon, Maggie, and children Gordie and Penny Bell have settled into their three-bedroom home, but they’re still saving. The final plans include another storey, which will give them 158 square metres on a 70 square metre site. And no one deserves it more than this brilliant family, who have dared to be different and come up smiling.

This Monkstown home is a serene dream, yet still perfectly suited to the demands of family life

Creative last-minute gift wrapping ideas to do at home