Courteney Cox and the one with the wedding in Northern Ireland

Ireland has been so popular with the Hollywood elite as of late that Friends star Courteney Cox has even decided to have her upcoming nuptials here. It probably doesn’t hurt that her husband-to-be Johnny McDaid is actually Northern Irish too…

The lead singer of the band Snow Patrol, Cox first met McDaid via their mutual friend, Ed Sheeran – himself an honorary Irishman given his roots busking on the streets of Galway and fierce love for Damien Rice. The whole thing is kind of convoluted but basically, Sheeran met Cox through her Cougar Town castmate Christa Miller. The duo got on like a house on fire and Sheeran soon found himself the guest of honour at Cox’s Los Angeles home where he stayed with her for a few months. He didn’t pay rent, but he did make the tea – as per his recollection of the visit.

Busy working on his second album, X, at the time, Ed collaborated with his “best mate” Johnny to write both “Shape of You” and “Bad Habits”… Johnny inevitably ended up at Courteney’s house one day and the rest is history as they say. Recounting the story on The Hits Radio Breakfast Show with Fleur East, Ed joked, “She [Courteney] just invited me round her house and I just kept going round and then one day I brought Johnny and he didn’t come home.”

Looks like Ed is quite the matchmaker because that was nine years ago and Courteney and Johnny are still as happy as ever. First announcing their engagement in June 2014, the couple did break up briefly, but that was short-lived and they rekindled their romance soon after. 2020 threw another spanner in the works for them though and they ended up spending much of the year apart – not necessarily by choice but due to lockdown. Admitting that she missed her fiancé a great deal, they finally reunited in December last year.

But back to the wedding. Reportedly hoping for a Christmas ceremony, Courteney is probably knee-deep in planning already and it’s believed that the couple want to tie the knot at a local church in Johnny’s hometown in Co Derry. Whispers as to where the A-list couple might hold the subsequent reception have already started floating around, and many seem to think that it will be in a nearby castle.

A source told Closer Magazine, “Courteney and Johnny’s stint apart was a huge wake-up call and they agreed to marry as soon as the Covid restrictions eased so they could celebrate with all their loved ones. They’re planning an intimate winter wedding in Johnny’s hometown of Derry, Northern Ireland, in December at a local church, followed by a big party at a romantic castle nearby set in 1,000 acres of private land.” 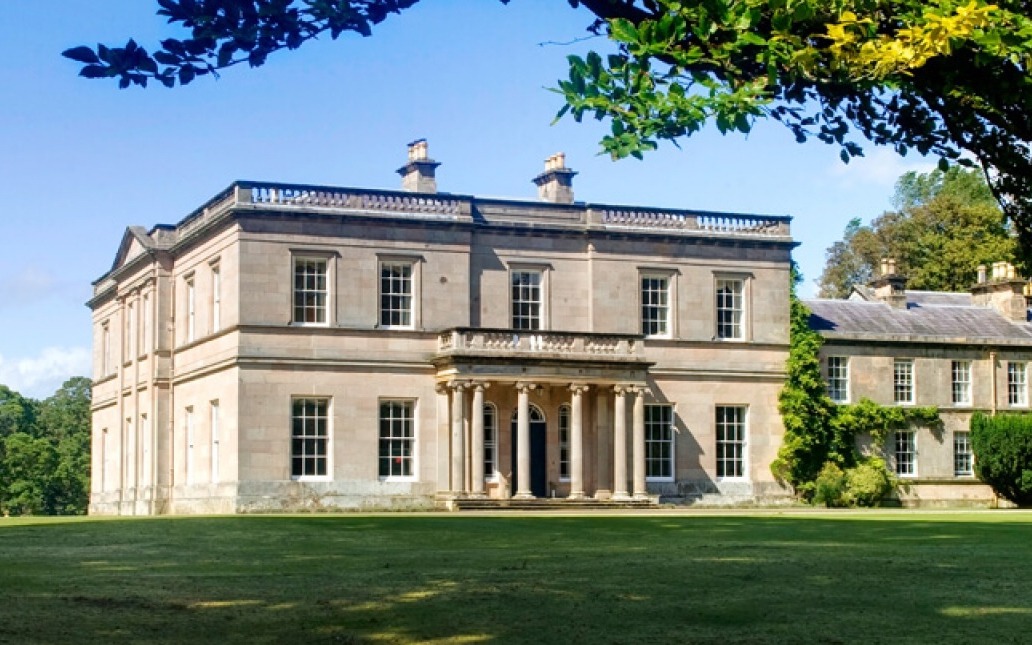 A little bit of sleuthing and a chinwag with our resident Derry girl, Megan Burns, and we think we might know where; Drenagh Estate. One of the most historic stately homes in Northern Ireland, it’s set on 1,000 acres of land and is a very popular wedding venue in the area. It’s also quite castle-esque. Point proven?

Naturally, two A-listers getting married means that the wedding party will be quite star-studded too and if you were hoping that Cox would bring some of her former co-stars along for the occasion, you’re in luck, because Jennifer Aniston will actually be her maid of honour. Whether any other members of the Friends cast will be in attendance remains to be seen – but don’t worry, we already have Megan prepped for celeb-spotting duties.